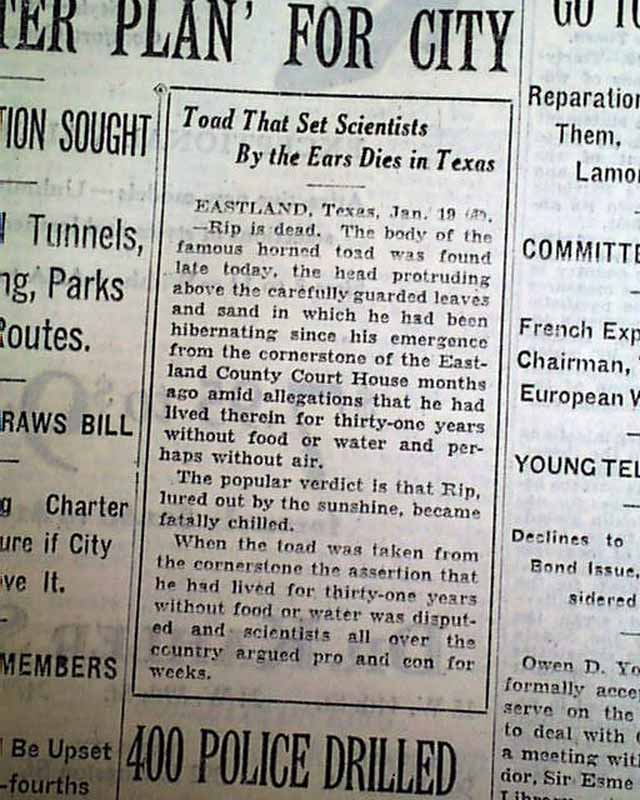 The front page has a small one column heading within inset: "Toad That Set Scientists By the Ears Dies in Texas" (see)
Page 16 has a one column heading: "CHICAGO GANG WARS KILL 125 IN 9 YEARS" with subheads. (see) This was less than a month away from the infamous St. Valentine's Day massacre.
Other news of the day. Complete 1st section only with all 30 pages, this is the rare rag edition that was produced on very high quality newsprint, with a high percentage of cotton & linen content, allowing the issues to remain very white & sturdy into the present. Given the subscription cost, libraries & institutions rather than individuals were the primary subscribers of these high-quality editions. A little irregular along the spine, very nice condition.