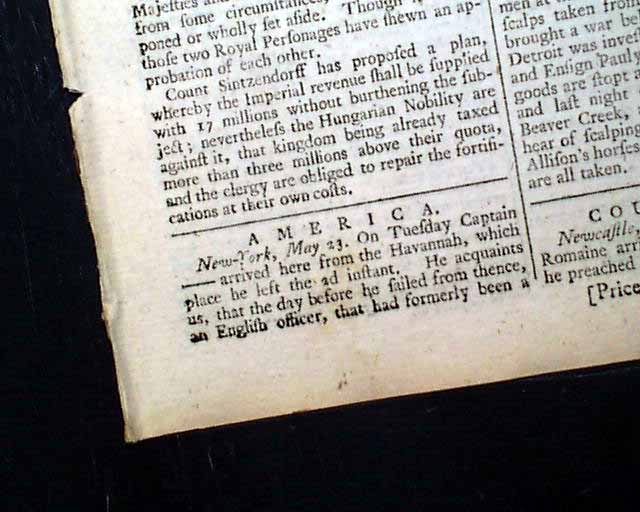 
THE LONDON CHRONICLE, England, July 14, 1763  One-third of the ftpg. is taken up with various news reports headed: "America" including a report from Havana, Cua which mentions Morro Castle. Also: "...from the Havana say that the place was to be restored to the Spaniards on the 19th of that month & evacuated by the English...The Bishop of Cuba was returned thither from St. Augustine with many of the Spanish inhabitants of Florida."
Also a report from Pittsburgh: "...that a party of Indians had murdered Col. Clapham & all his family...of the mischief  done by the Indians on our back settlements...". Plus there is a report datelines "Fort Pitt" with more on the Indian troubles there (see).
Eight pages, 8 by 11 inches, very nice condition.