Home > Back to Search Results > The actual "rebellion" in the Dorr Rebellion...
Click image to enlarge 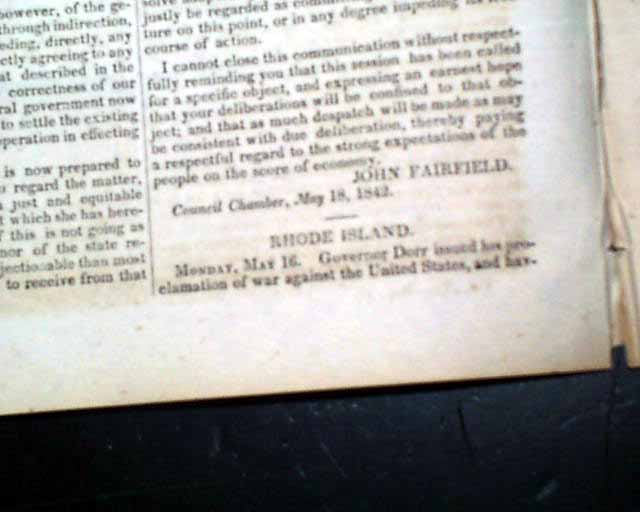 The actual "rebellion" in the Dorr Rebellion...

Pages 2 & 3 contain a fine content on the Dorr Rebellion, beginning with a statement: "Governor Dorr issued his proclamation of war against the United States, and having proceeded to the house of Burlington Anthony, a guard of soldiers was stationed there to protect him from arrest, with a cannon at the side of the house..." and what follows is a detailed account, by hours and day, or the actions of the Dorr Rebellion including mention of Dorr's flight from town.
Sixteen pages, 8 1/2 by 12 inches, great condition.