Home > Back to Search Results > "Governor" Dorr and the Dorr Rebellion...
Click image to enlarge 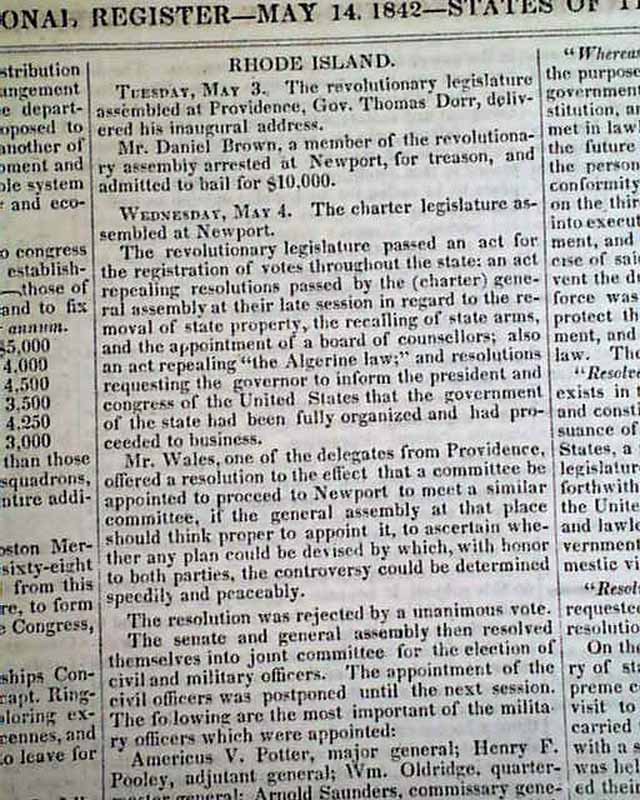 "Governor" Dorr and the Dorr Rebellion...

Page 5 has news headed: "Rhode Island" which is consumed for information on the Dorr Rebellion, including an address by the rival governor Thomas Dorr, prefaced with: "The revolutionary legislature passed an act for the registration of votes throughout the state; an act repealing resolutions passed by the (charter) general assembly..." and more.
Sixteen pages, 8 1/2 by 12 inches, great condition. 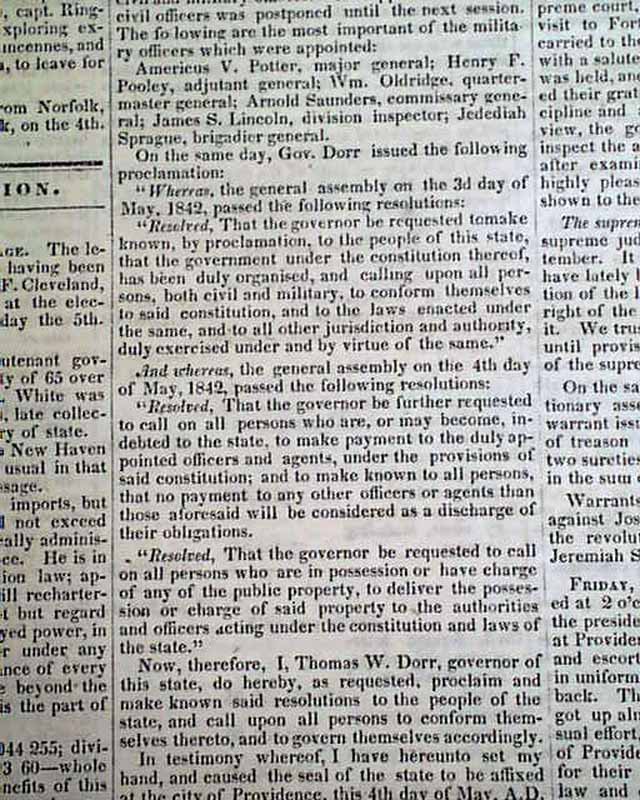 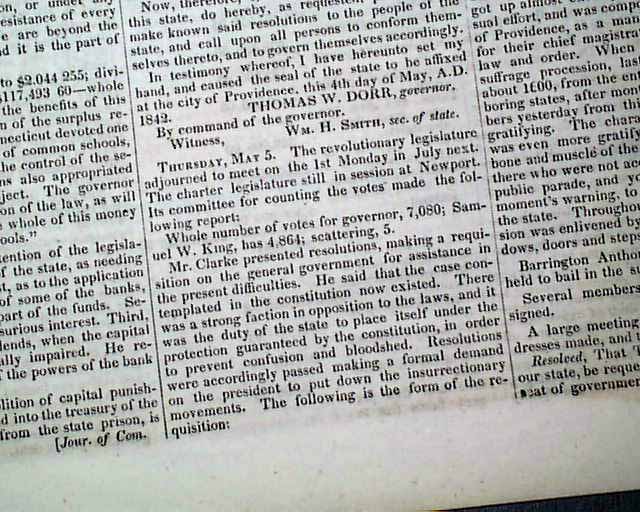 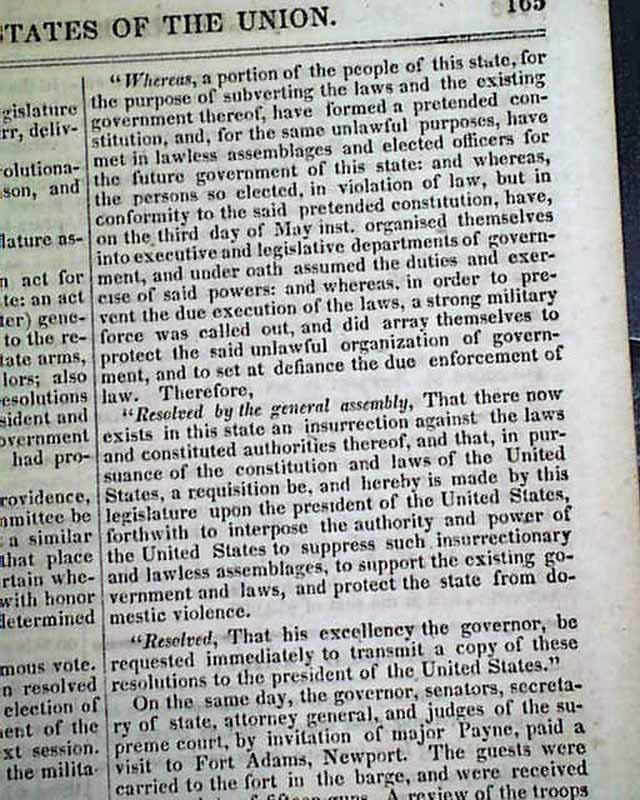 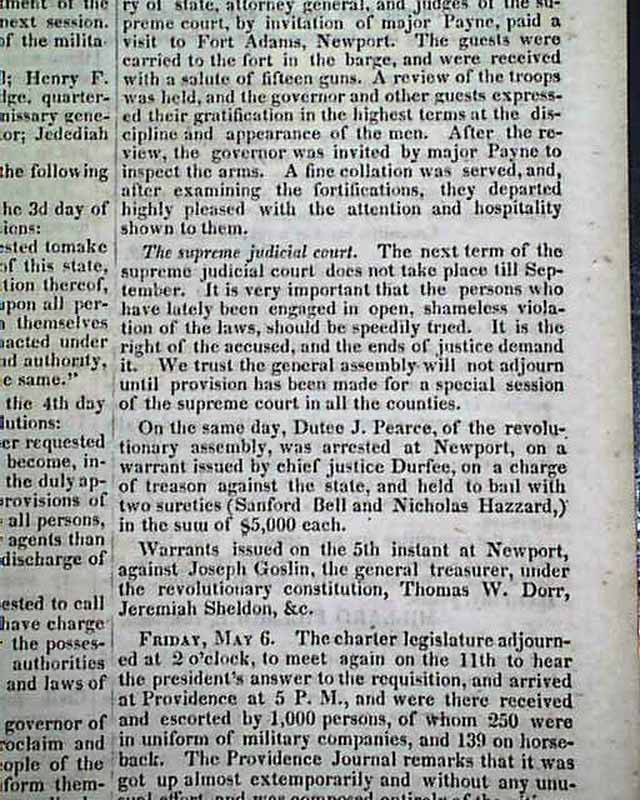 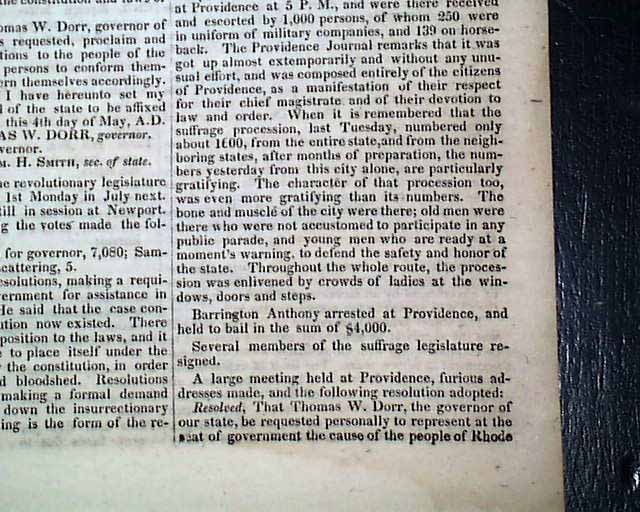 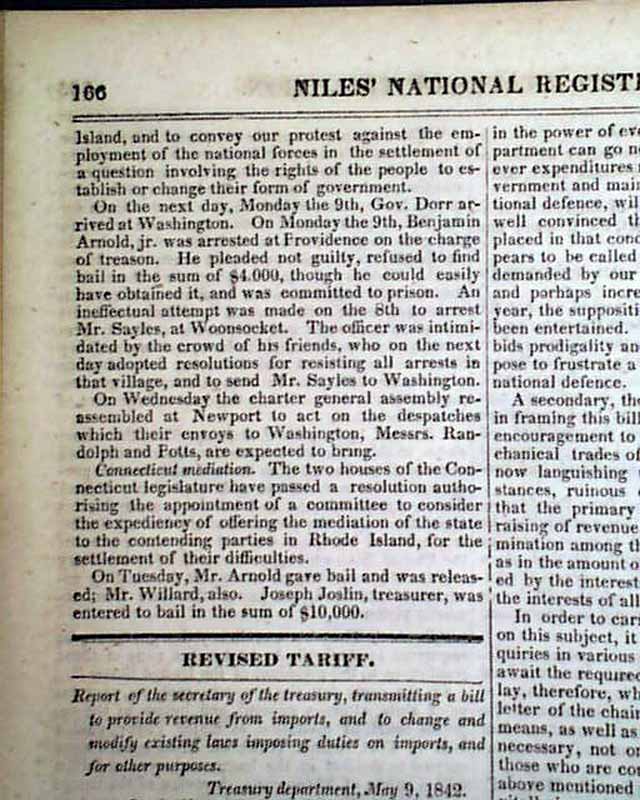 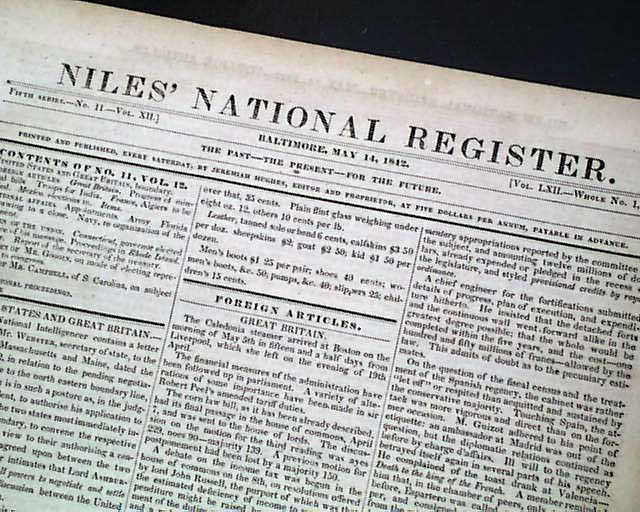 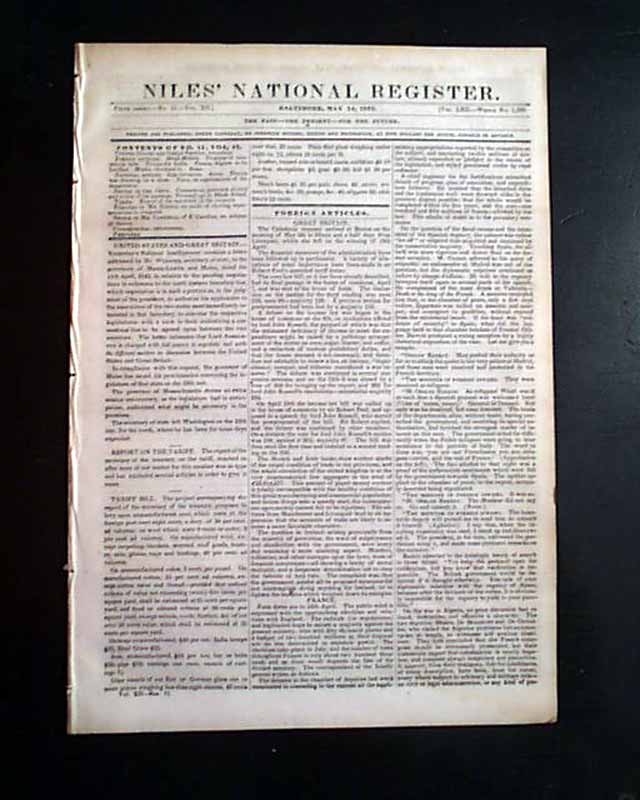