Home > Back to Search Results > Great item on Jean-Pierre Blanchard the balloonist...
Click image to enlarge 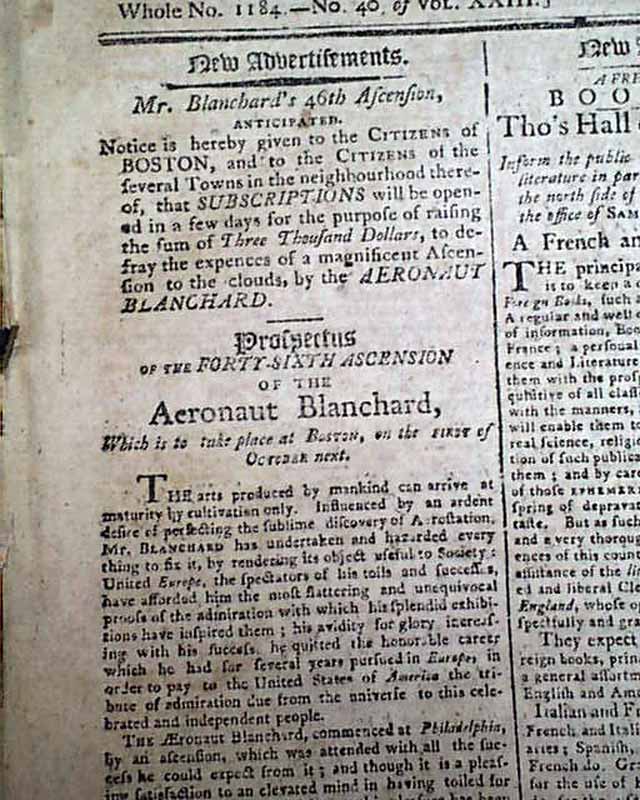 The ftpg. begins with an ad for: "Mr. Blanchard's 46th Ascension" for raising funds for: "...a magnificent ascension to the clouds by the Aeronaut Blanchard..." with considerable detail including: "Description of the Operations".  Jean-Pierre Blanchard was an early pioneer in balloon flights (see the web for more on him).
Half of the ftpg. is on: "The Objections to the Treaty Refuted" being the controversial Jay Treaty.
Four pages, very nice condition.