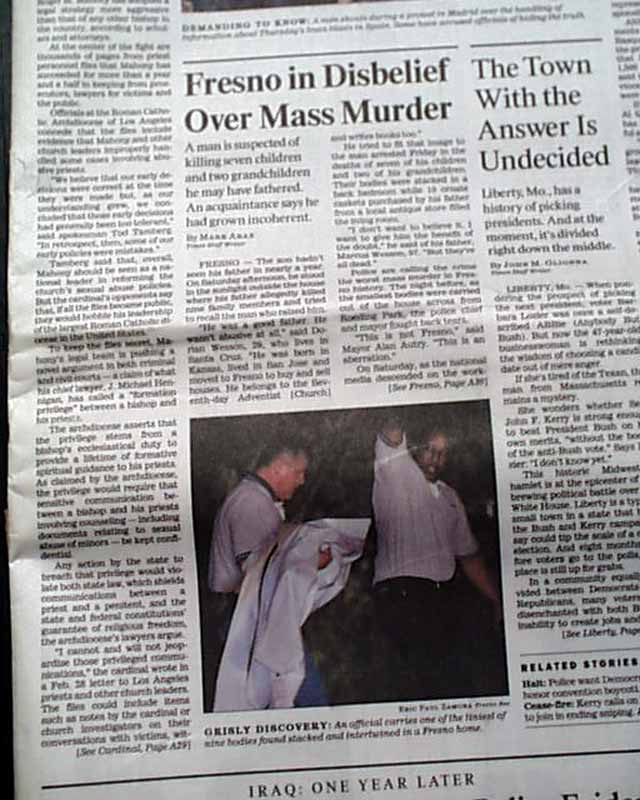 The front page has a two column heading: "Fresno in Disbelief Over Mass Murder" with subhead. (see) First report coverage continues inside with a few related photos.
Complete 1st section only with all 38 pages, nice condition.

wikipedia notes: Marcus Delon Wesson is an American man convicted of nine counts of first-degree murder and 14 sex crimes, including the rape and molestation of his underage daughters. His victims were his own children, fathered by incestuous relationships with his daughters and nieces, as well as the children by his wife. He has been described as Fresno's worst mass murderer.