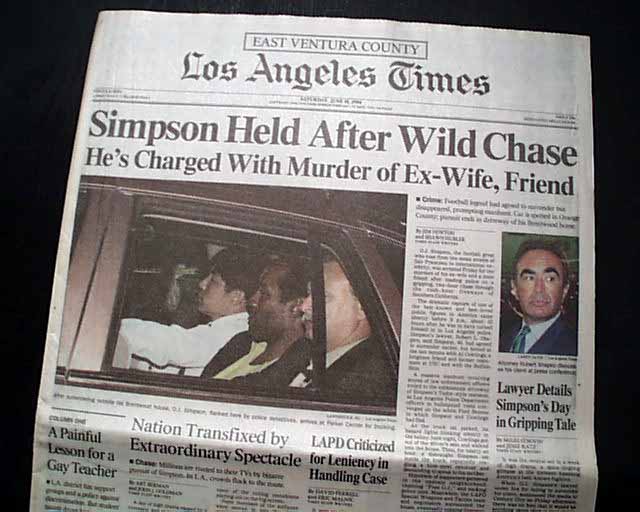 It was this event that sparked the media frenzy surrounding the O.J. Simpson murder case and would become a staple of television news coverage for more than a year. The banner headline announces: "Simpson Held After Wild Chase" "He's Charged With Murder of Ex-Wife, Friend" with a ftpg. color photo of him in a police car just after surrendering to detectives. One of the subheads: "National Transfixed by Extraordinary Spectacle", relating to the infamous white Ford Bronco chase through the highways of Southern California.
Inside has extensive coverage encompassing pages 6 thru 12 with a wealth of photos, including a large photo of the chase and another of the Bronco. Great to have this report in a newspaper from the city where it all happened. Rare as such.
The complete section A only with pages 1-40 (of 244 in total), it being the only section with any Simpson coverage. Very nice condition. 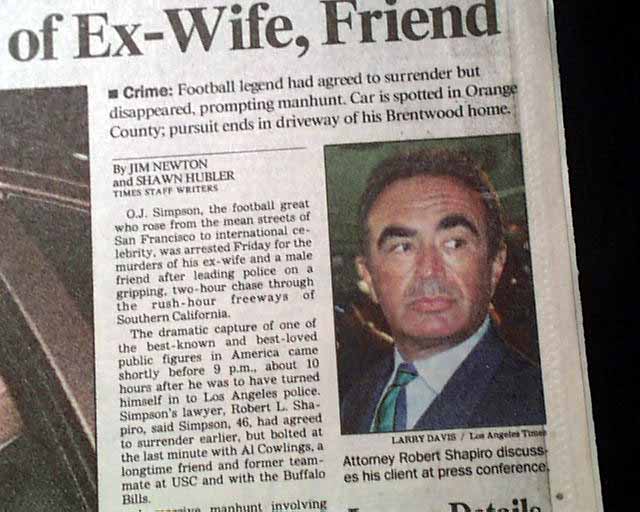 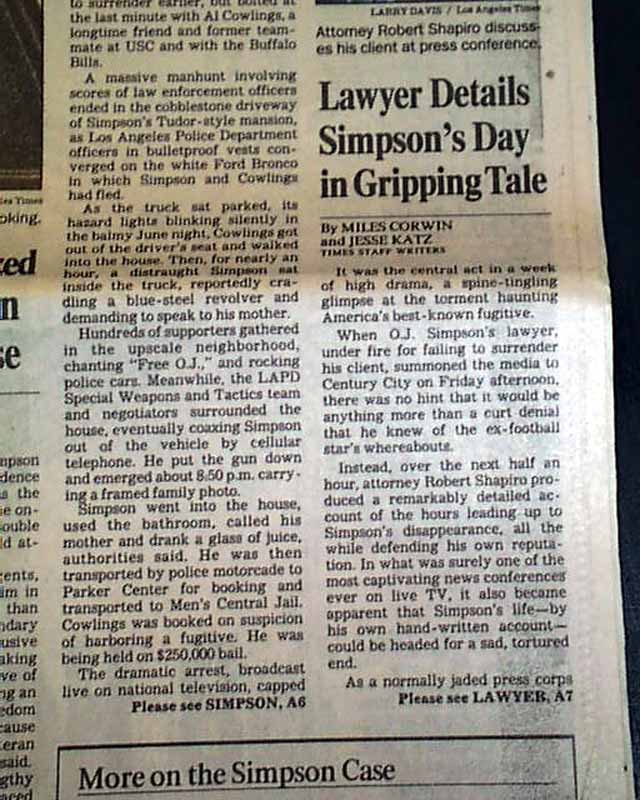 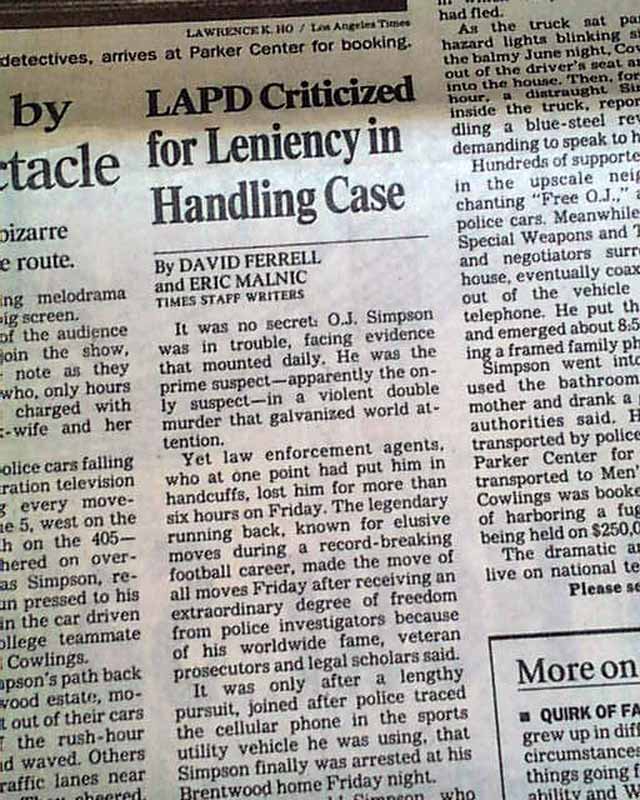 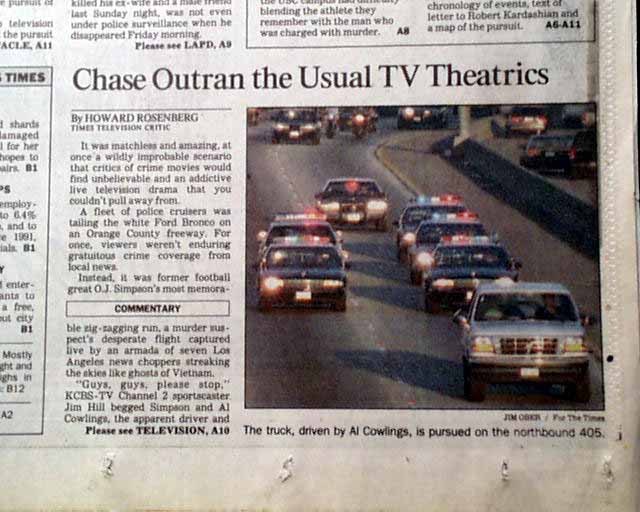 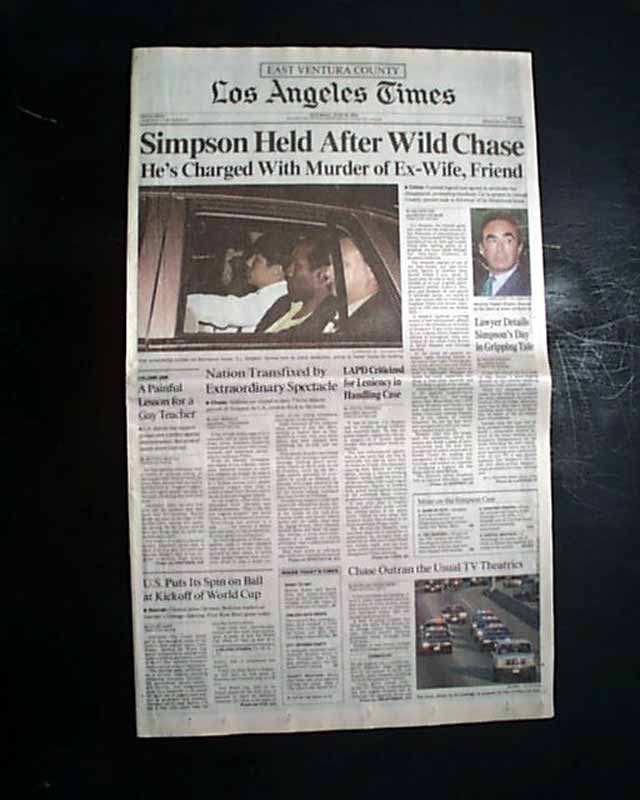 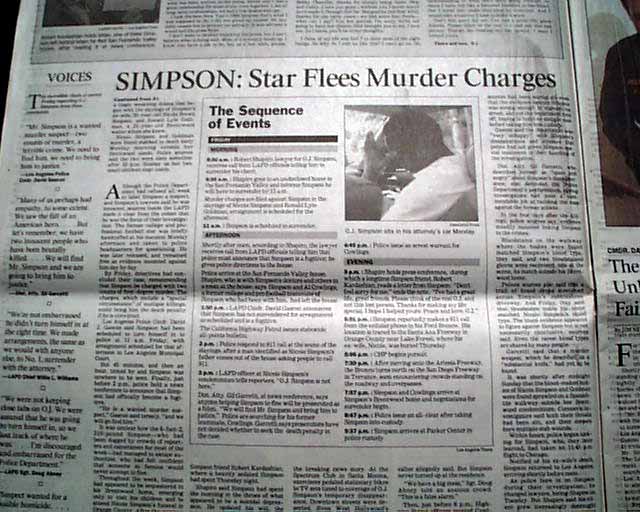 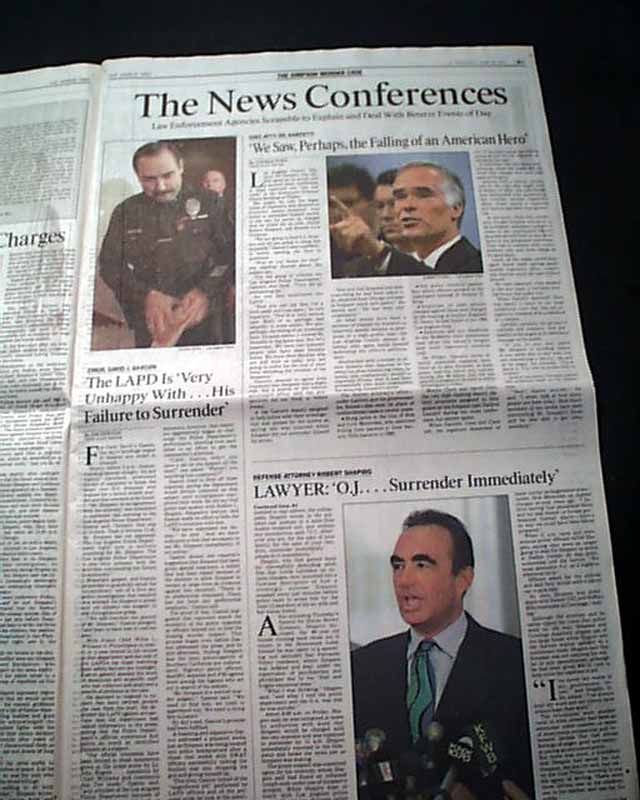 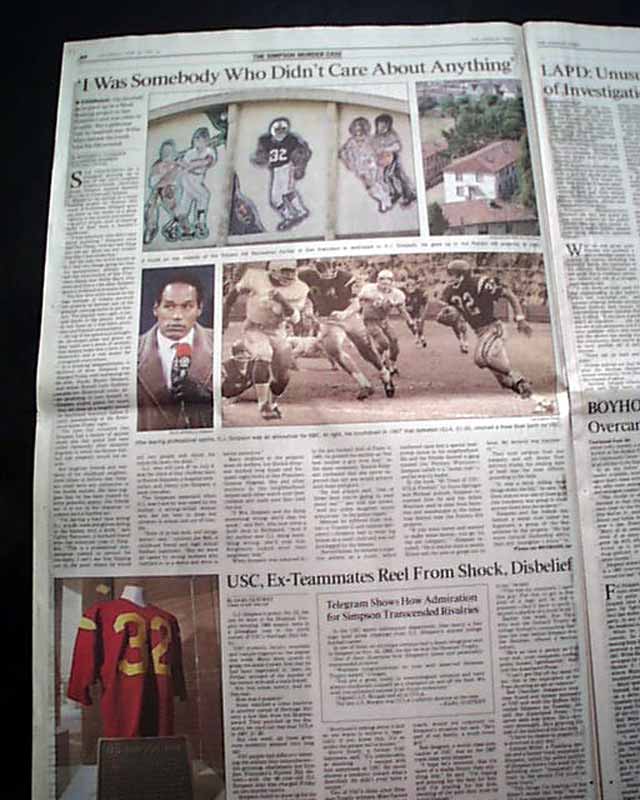 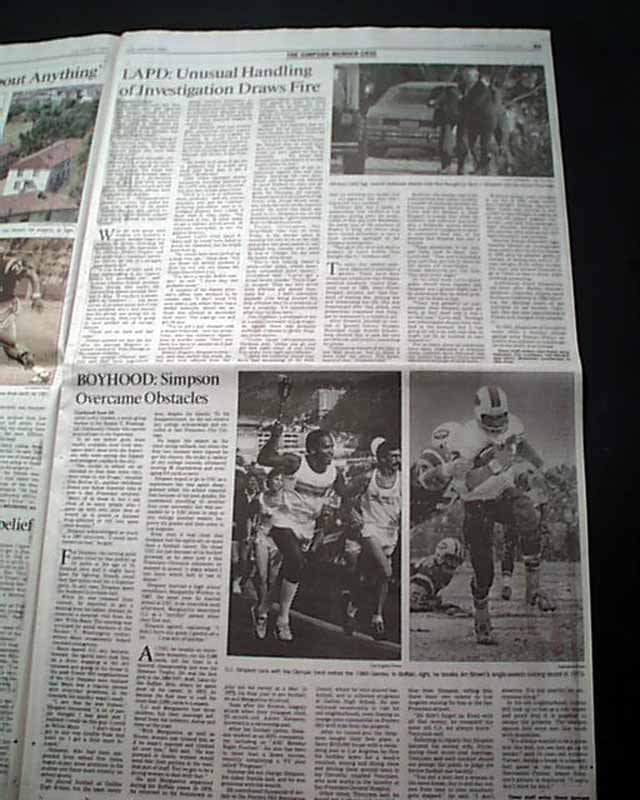 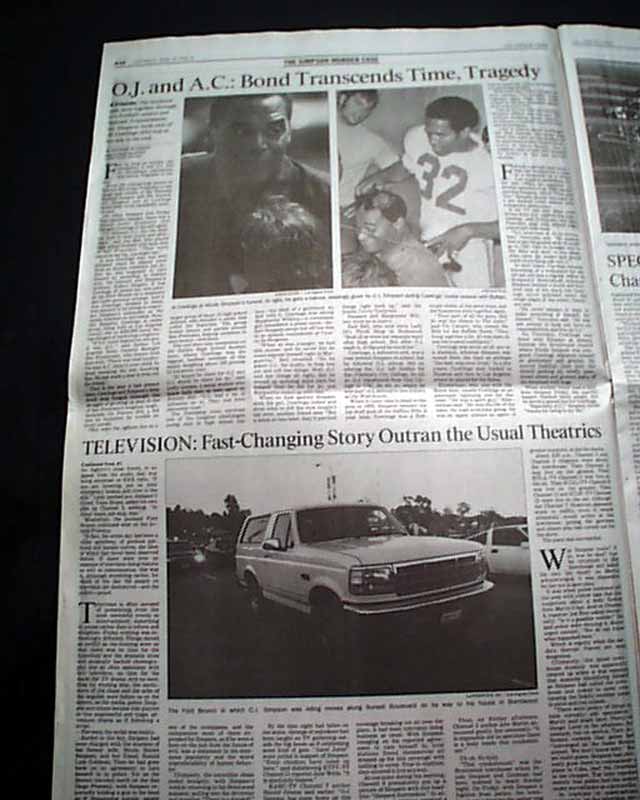 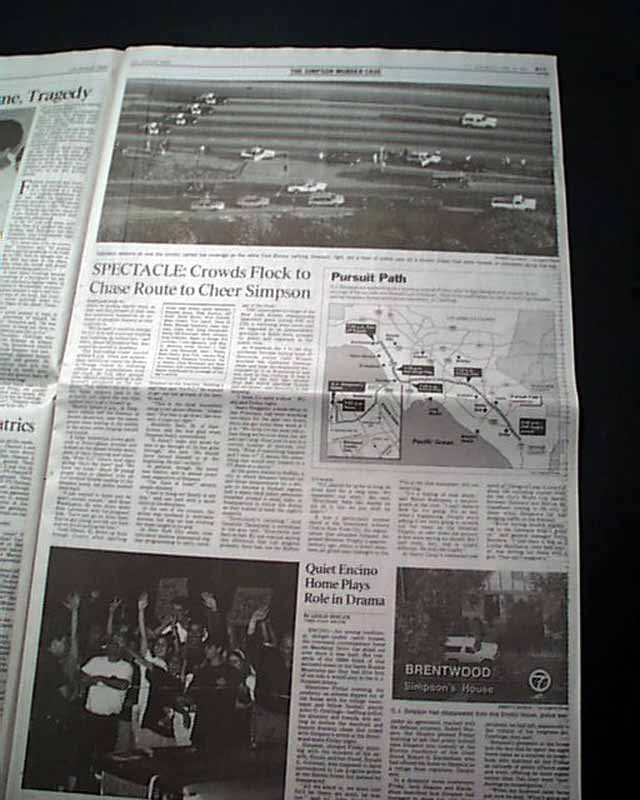