Home > Back to Search Results > President Madison and the church & state controversy....
Click image to enlarge 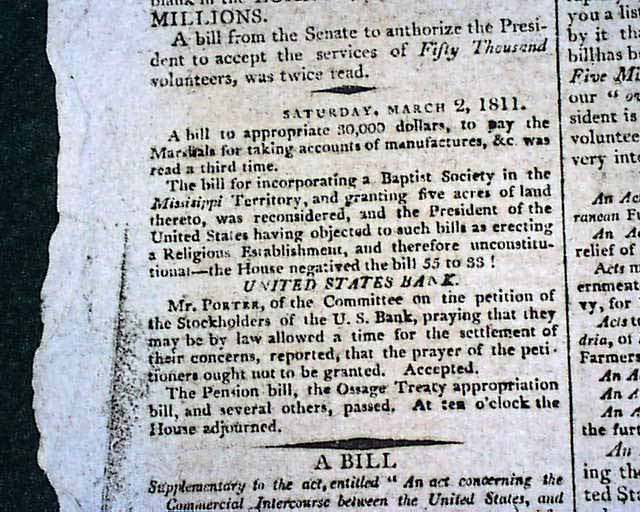