Home > Back to Search Results > The Merrimac... Fort Donelson...
Click image to enlarge 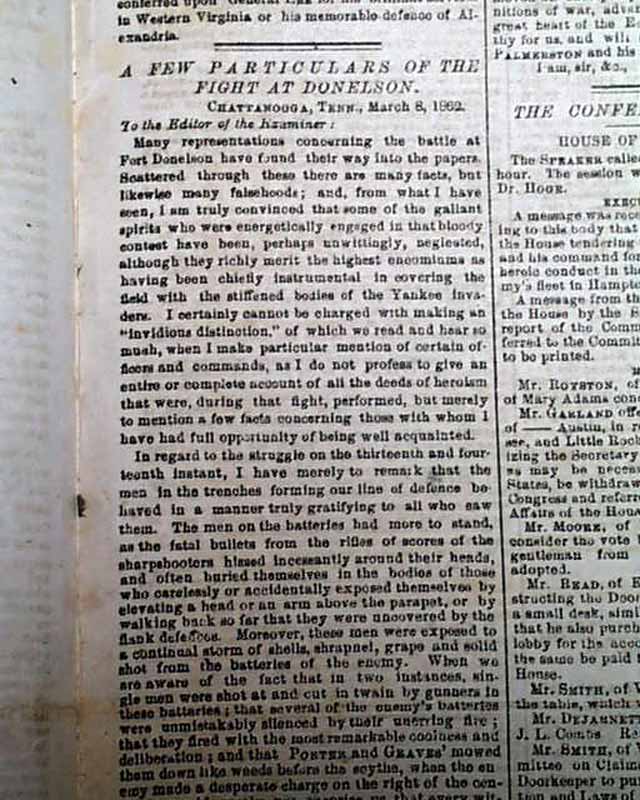 A nice newspaper from the capital of the Confederacy, with the entire front page taken up with various advertisements and notices. Page 2 features the always interesting editorial, this one beginning: "The valour of Van Dorn and Price, and the blood of McCulloch and McIntosh in the West; the genius and science of Beauregard, exerted at the last hour on the Mississippi; the destructive capacity of the Merrimac...will avail little to rescue over land from the hand of the invader if his hosts, under Buell, are allowed to break through our centre in Middle Tennessee..." with much more (see for portions). Also on page 2 are: "The Latest Northern News--Movements And Spirit of the War" "Proceedings of the Legislature" and many subheads including: "Yankee Blarney" "The Army of the Potomac" "Affairs In Tennessee--Movements of the Enemy--The Army About New Madrid" "Yankee Army Contractors--Shoddy Uniforms, shoddy Shoes & Shoddy Contractors" "The enemy at Paducah, Ky." "The War In Arkansas" and even more.
War reports carry over to page 3 where is: "A Few Particulars Of the Fight at Donelson" "The Confederate Congress" "The Courts" "City Intelligence" "Telegraphic News--Important From the North Carolina Coast--the Burnside Expedition Off New Bern..." and other items. The back page is mostly taken up with a large number of Acts of the Confederate Congress.
Four pages, never bound nor trimmed, minor margin wear, generally in very nice condition. 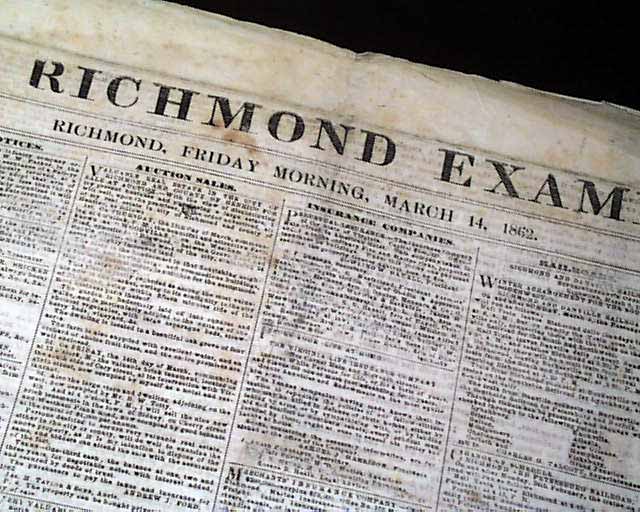 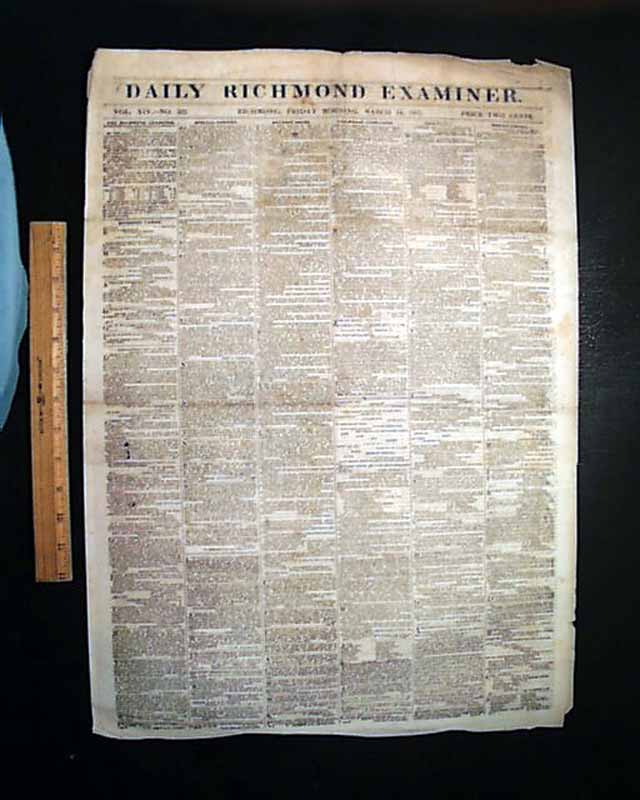 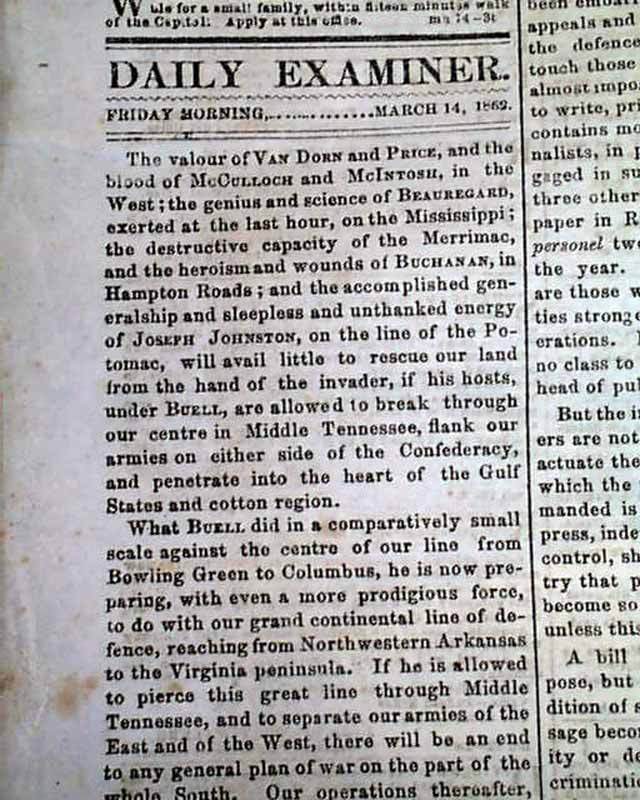 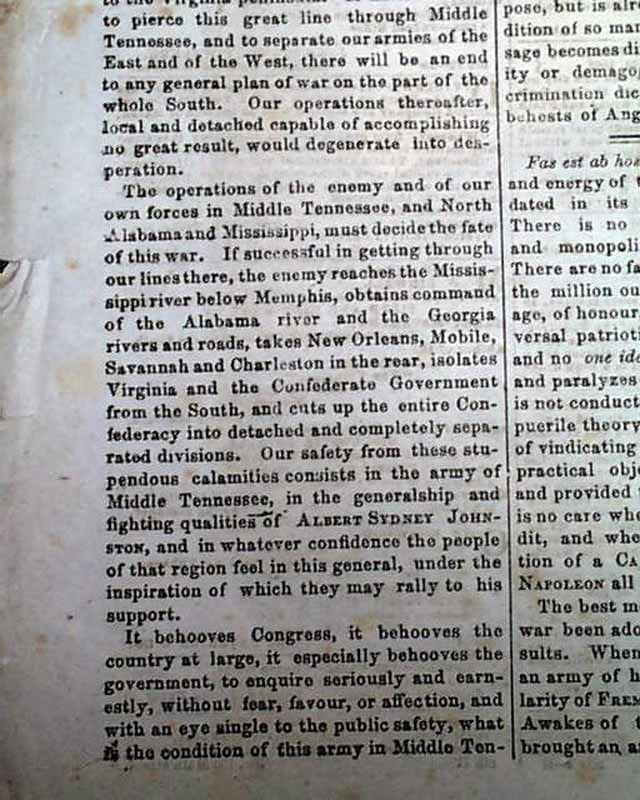 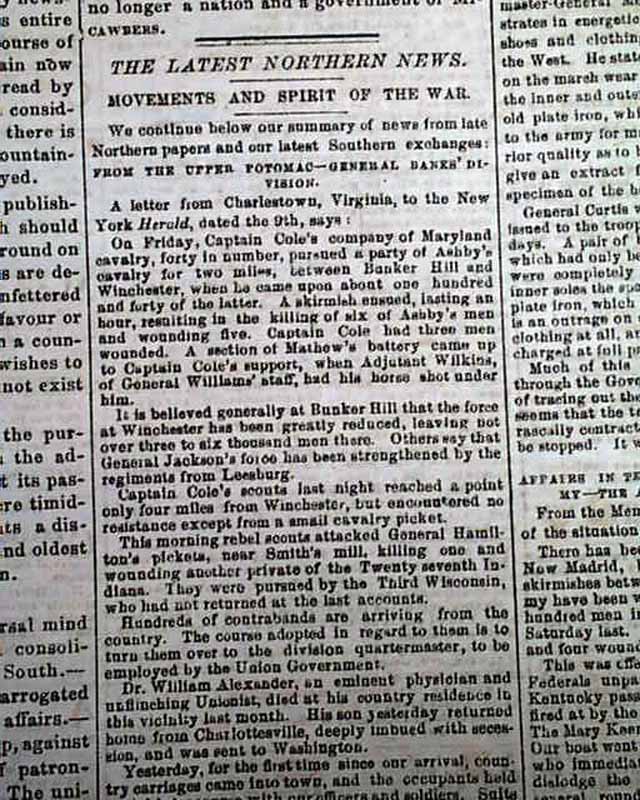 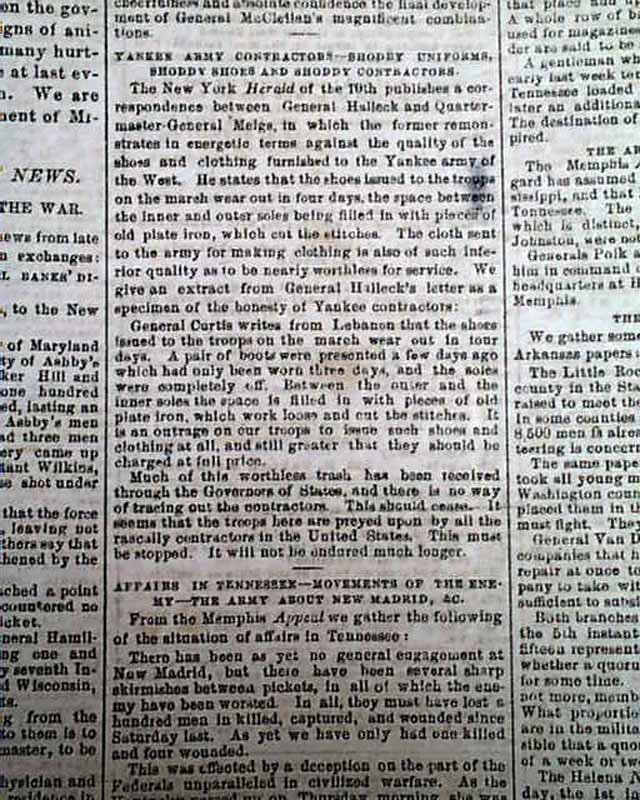 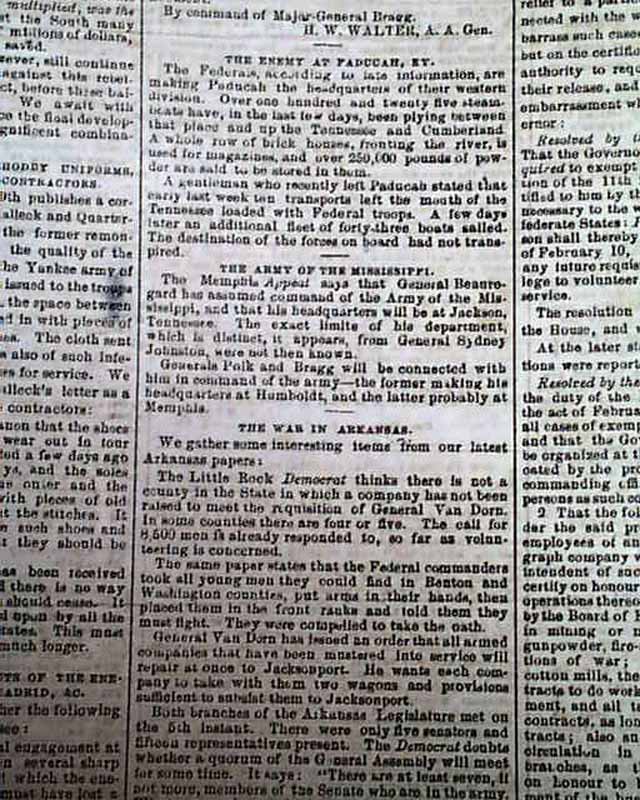 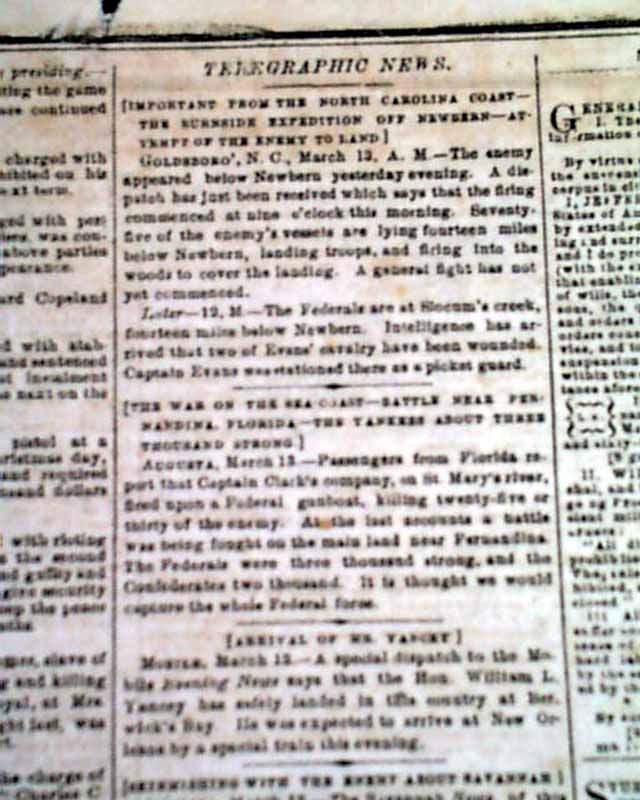 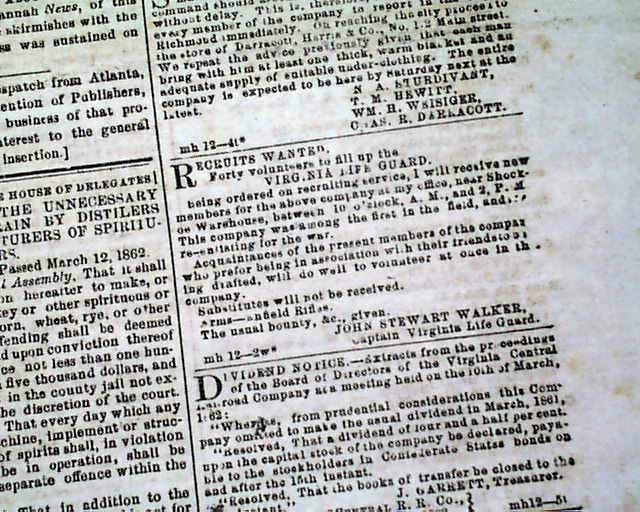