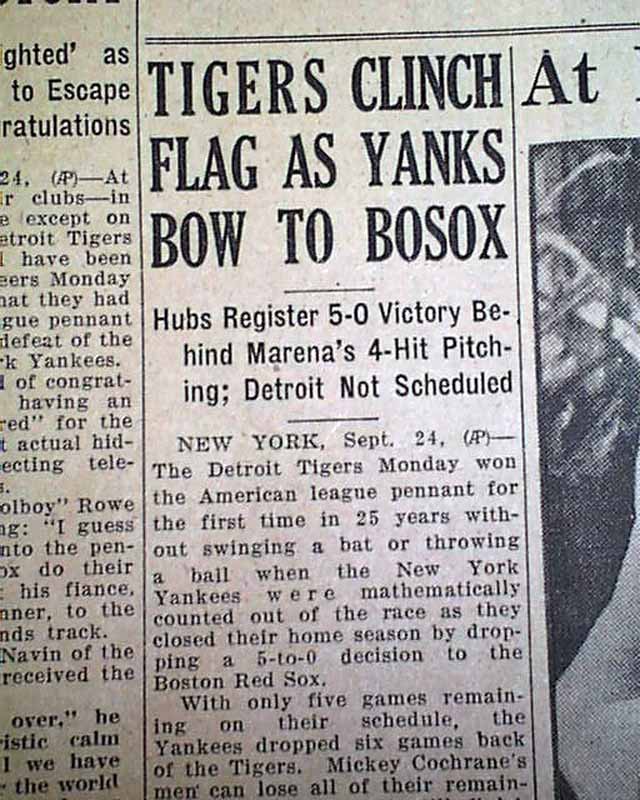 The front page of the sport's section (inside) has a one column heading: "TIGERS CLINCH FLAG AS YANKS BOW TO BOSOX" with subhead and box scores (see) Ext includes: "Babe Ruth, making his last appearance of the year at the stadium and probably his last as a regular..." First report coverage on Babe Ruth's last MLB baseball game played at Yankee Stadium, the house Ruth built.
Other news, sports and advertisements of the day. Complete in 16 pages, light toning and a little irregular along the spine, generally good.