Home > Back to Search Results > More on Moody's book on America...
Click image to enlarge 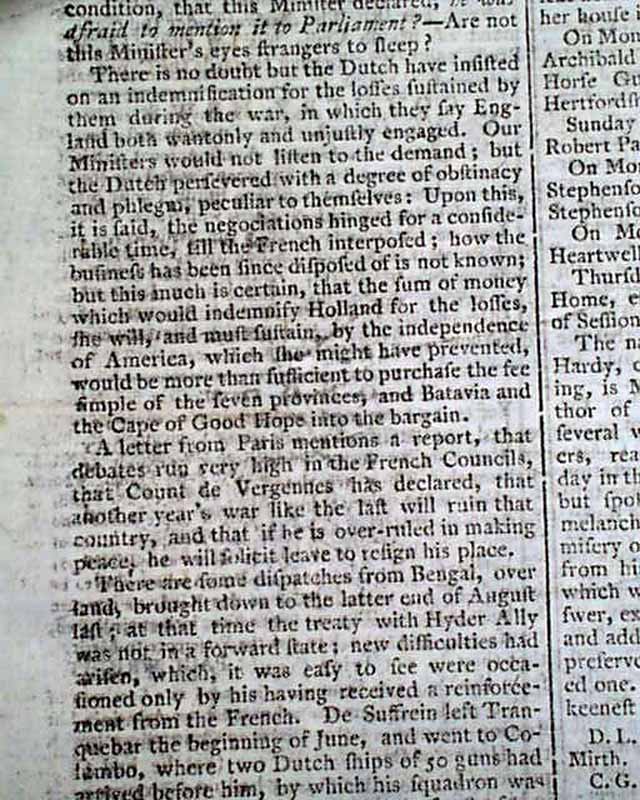 More on Moody's book on America...


THE LONDON CHRONICLE, England, Jan. 2, 1783  Page 2 has some content concerning independence of America (see), and page 5 is entirely taken up with the continued: "Further Extracts From the Printed Narrative of Lieutenant James Moody's Exertions and Sufferings in the Cause of Government in North America".
The bkpg. has a paragraph noting: "...advices came from America, no less than seventeen representatives from different parts of the Northern Colonies...had withdrawn from Congress...This secession was partly owing to private pique, though the state of the country, in point of taxes, had given a general alarm to the whole body."
Eight pages, 8 1/4 by 11 1/2 inches, a few folds, good condition.