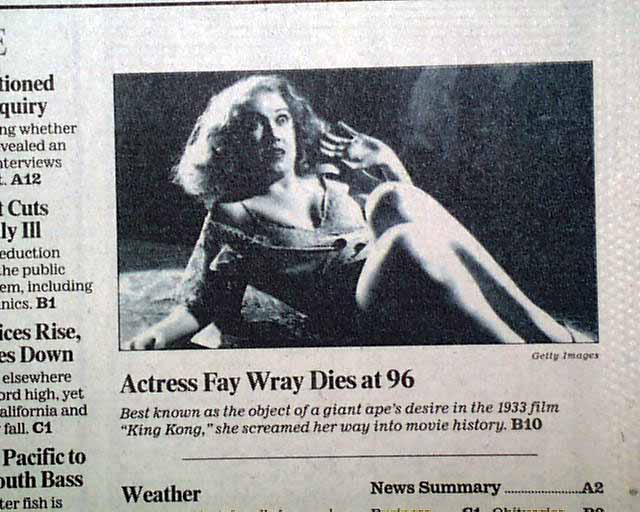 Death of famed actor Cary Grant, in a...