Home > Back to Search Results > Early dark side of the moon photos...
Click image to enlarge 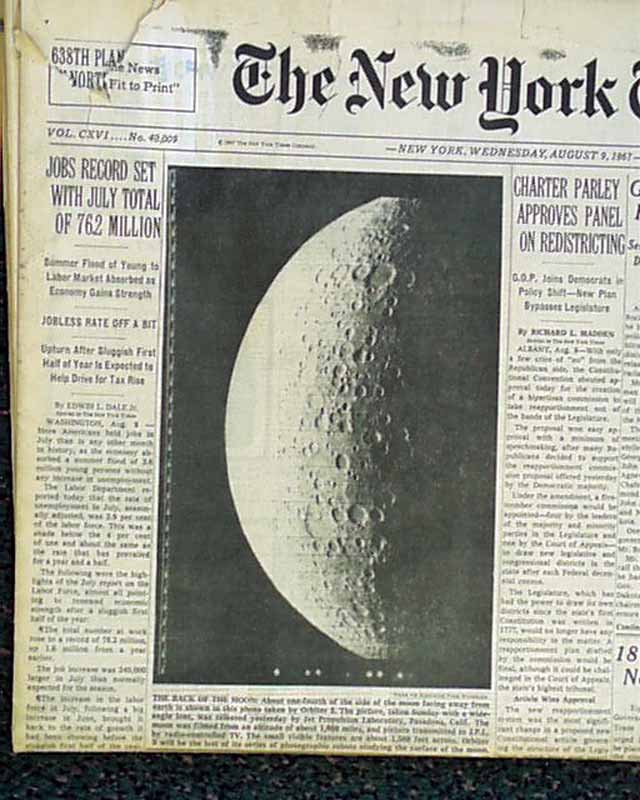 Early dark side of the moon photos...

The front page shows a large photo (approximately 5" by 7 1/2"), being one of the earliest detailed shots of the far side of the moon. This famous photo continues to be a desirable view for those seeking space-related images - taken by Orbiter 5. Other news, sports and advertisements of the day are present as well, including much on Middle East and Far East tensions.

Believed to be complete in 64 pages, but is being offered for the described content. The front page has damage to the top left portion of the front page, and various other (minor) condition flaws, but the photo is very nice, as is the majority of the issue.