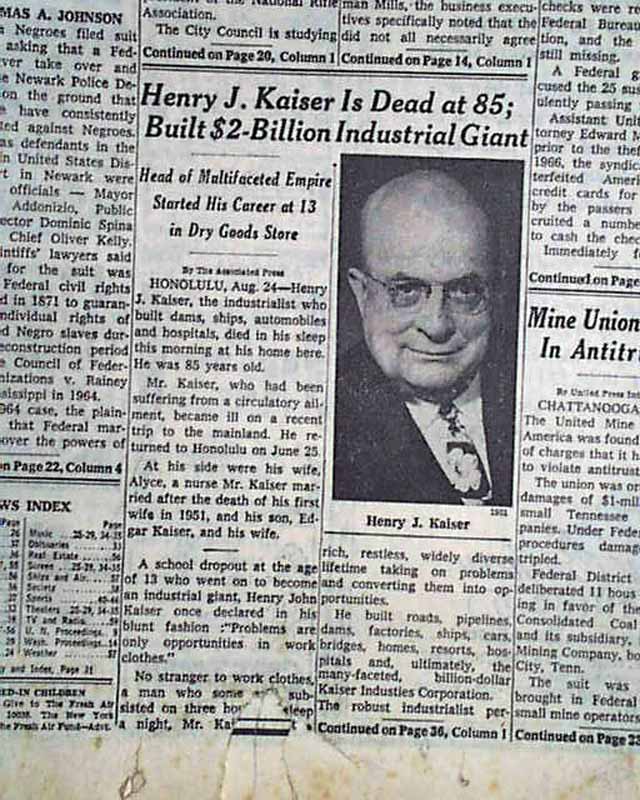 The front page has a two line, 2 column heading: "Henry J. Kaiser Is Dead at 85; Built $2-Billion Industrial Giant", with subhead: "Head of Multifaceted Empire - Started His Career at 13 in Dry Goods Store", with photo. Considerable coverage is found on an inside page, with additional related photos (see images). Other news, sports and advertisements of the day are present as well, including much on Middle East and Far East tensions.

Believed to be complete in 60 pages, but is being offered for the described content. Light foxing at the central fold, minor margin wear, a small piece torn from the bottom of the front page which impacts a few words of the coverage, but otherwise relatively good. See images for details on content and condition.