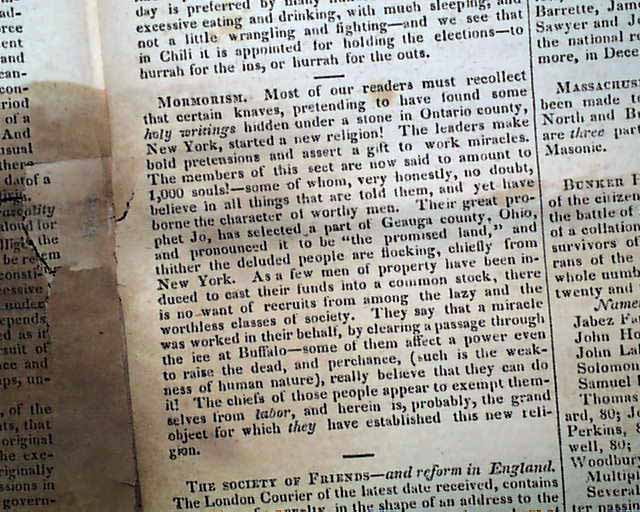 Inside has a fine and very early account of the formation of the Mormon church, headed: "Mormonism". The bias against the Mormons is revealed in the report, which includes: "...certain knaves, pretending to have some holy writings hidden under a stone in Ontario county...started a new religion! The leaders make bold pretensions and assert a gift to work miracles ....Their great prophet Jo, has selected a part of Geanuga Co., Ohio, and pronounced it to be the promised land....The chiefs of those people... exempt themselves from labor...probably, the grand object for which they have established this religion."
Likely one of the earliest accounts of the Mormon church to be found in any newspaper.
Complete in 24 pages, 6 by 9 3/4 inches, scattered foxing and some browning & loss to an inside leaf facing the Mormon article, some loss to a margin of the back leaf as well.