Home > Back to Search Results > Concerning the Jews in Bavaria...
Click image to enlarge 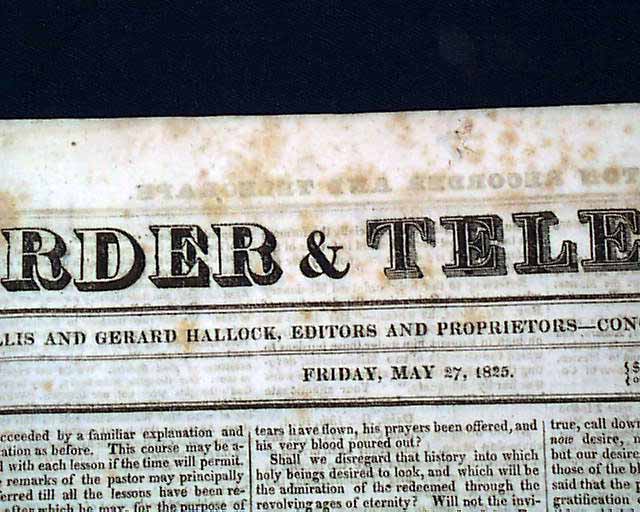 Concerning the Jews in Bavaria...

On page 3 under "Edict Of The Bavarian Government Respecting The Jews" is a report stating that the government enacted "...certain measures to ameliorate the condition of the Jews...", and that: "...All the present rabbies are to be discharged, and every Jewish congregation is directed not only to engage a teacher for the children of both sexes, who has been regularly educated and approved, but also a Preacher, in lieu of the rabbin, whose duty shall be to superintend the instruction of youth, and to preach in the German language every Saturday in the synagogue from a text out of that part of the Pentateuch which has been read in the service of the day....The Government has actually locked and sealed those synagogues, the congregations of which have refused to comply with these regulations...". Other news of the day includes: "Ohio Canal" "Revival In Yale College" "Sandwich Islands" and more.
Four pages, good condition.