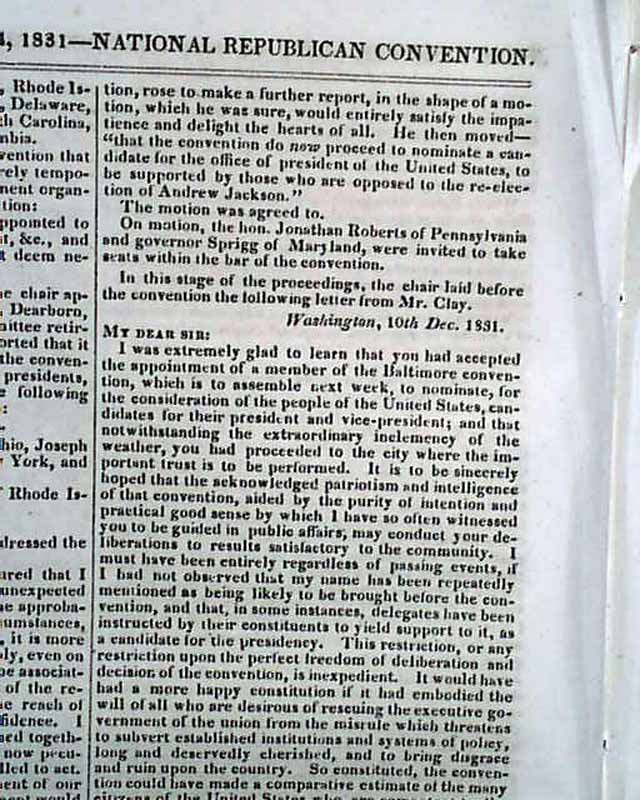 
NILES' WEEKLY REGISTER, Baltimore, Dec. 24, 1831  Under the article "National Republican Convention" is the letter which Henry Clay had written to the chair. "...After the letter had been read, Mr. Livingston, of New York, rose, and after some pertinent and eloquent remarks, nominated Henry Clay, which was received with loud and reiterated plaudits...". The coverage on the Convention is several pages in length.
Complete in 20 pages, very good condition.