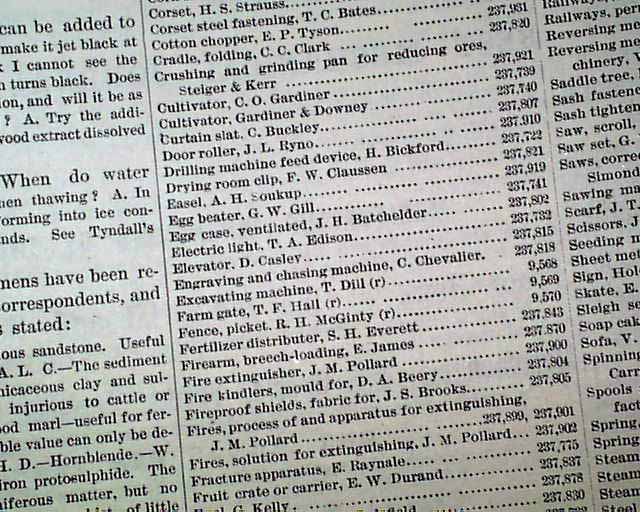 Near the back is an inconspicuous yet very significant item under the list of: "Index of Inventions For Which Letters Patent of the United States were Granted in the Week Ending Feb. 15, 1881" is an entry reading: "Electric light, T.A. Edison.....237,732". This was the patent given to Thomas Edison for the light bulb, certainly one of his most famous inventions and one which transformed lifestyles for everyone. Also in this issue is an article: "A Reception of Professor Bell" which was given for him by the mayor & corporation of Brantford, England (see photos). The balance of the issue is taken up with various inventions of the day, several of which are illustrated.
Sixteen pages, light water staining, foxing and fold browning and some edge tears but not affecting the mentioned content.

The Brother Jonathan disaster... The ...