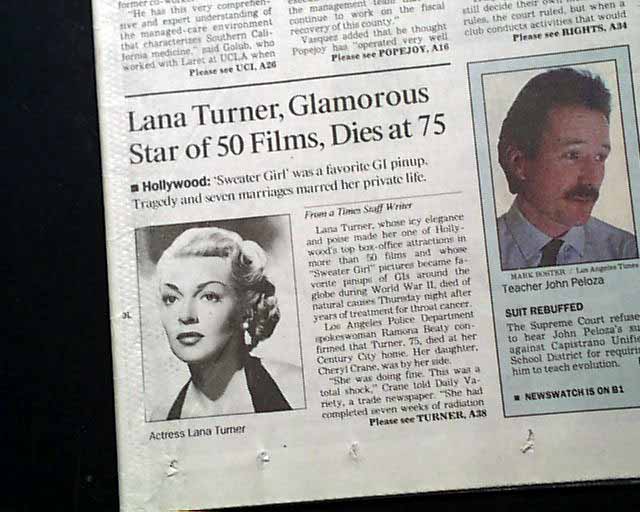 The bottom of the front page has a heading: "Lana Turner, Glamorous Star of  50 Films, Dies at 75" with subhead: " 'Sweater Girl' was a favorite GI pinup. Tragedy and seven marriages marred her private life." The article carries over to page 32.
Great to have this report in a newspaper from the capital of the entertainment industry & from the city where she lived and died.
The complete first section with pages 1-36, nice condition.