Home > Back to Search Results > Gage gives up his command to Howe... The surrender of Ft. Chambly...
Click image to enlarge 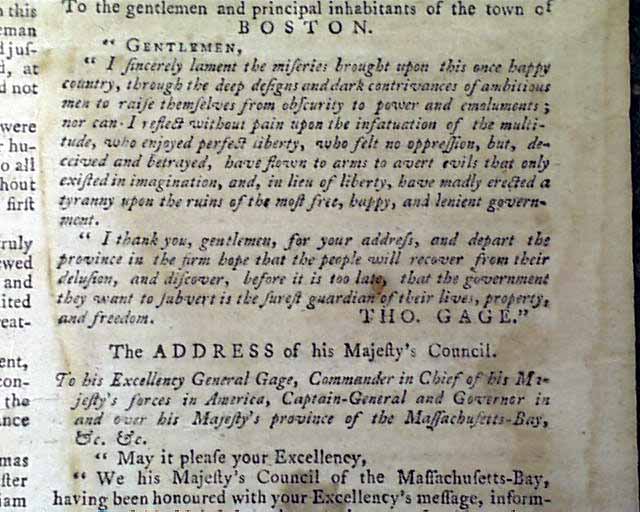 Pages 1, 2, and 3 contains a series of letters to and from Governor Thomas Gage, who had recently been recalled to England, giving up his command of British forces in America to Gen. Howe. Each is signed by him in type, and one--which appears on the front page--gives a warning to his people with his closing remark: "...hope that the people will recover from their delusion, and discover, before it is too late, that the government they want to subvert is the surest guardian of their lives, property, and freedom."
Pg. 3 report tells of the British forces burning the town of Falmouth, Maine (present-day Portland). Lengthy back page report from General Montgomery concerning the surrender of Chambly to Major Brown, with considerable detail, including the articles of surrender (see).
Four pages, 8 by 10 inches, scattered foxing and some light damp stains, generally nice.