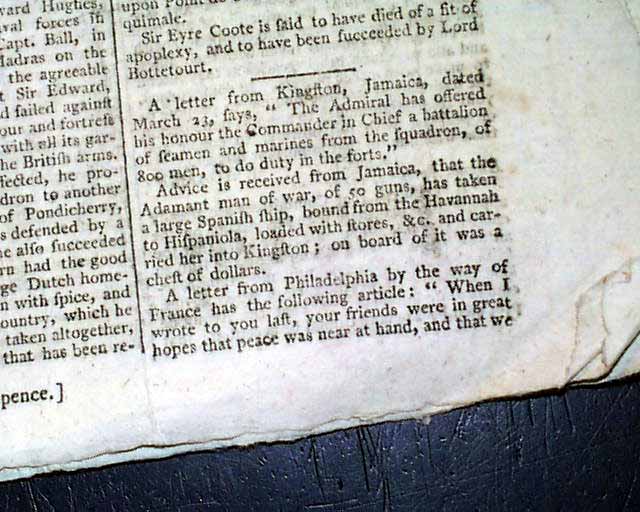 
THE LONDON CHRONICLE, England, May 18, 1782  The bottom of the ftpg has a letter from Phila. which carries over to pg.2: "...your friends were in great hopes that peace was near at hand & that we should once more be united to our Mother Country but those glorious hopes are now vanished for the Congress have agreed on another treaty with the court of France & that they will not agree to make peace with England unless they have their own terms fully complied with..." Then a letter beginning: "General Clinton has lately had a visit .from Ethan Allen, the Chief of the Vermont association offering to become  the allies of Great Britain under certain circumstances...he & his party...fell into the hands of the rebels who lodged them in gaol [jail] at Albany & sent an account to General Washington of the circumstance...a bloody action ensued...rescued their chief, Ethan Allen..." with more. Ethan Allen's efforts to have Vermont join with England (known as the Haldimand Affair), were considered treasonous, but no charges were ever filed.
Also a letter signed by: J. Adams concerning his efforts in the Netherlands towards brokering for a peace.
Eight pages, 9 by 12 inches, never bound nor trimmed, very nice condition. 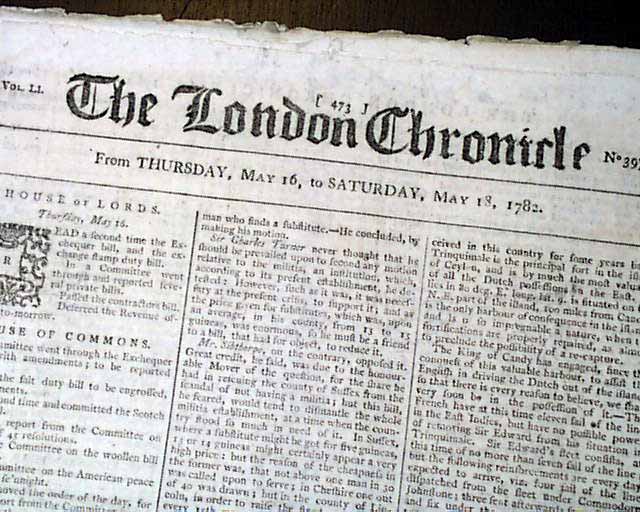 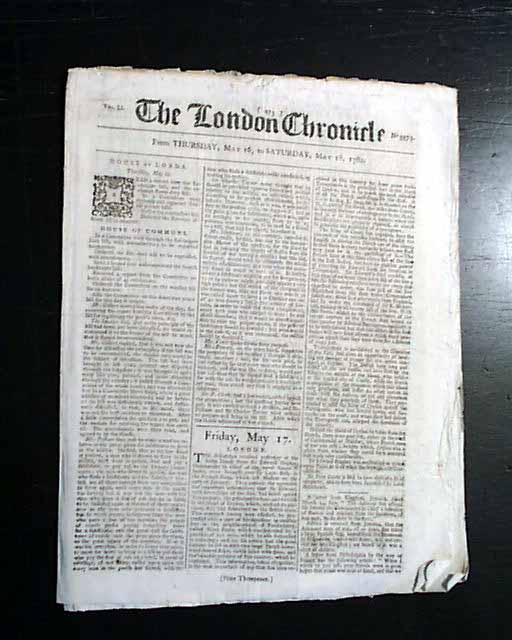 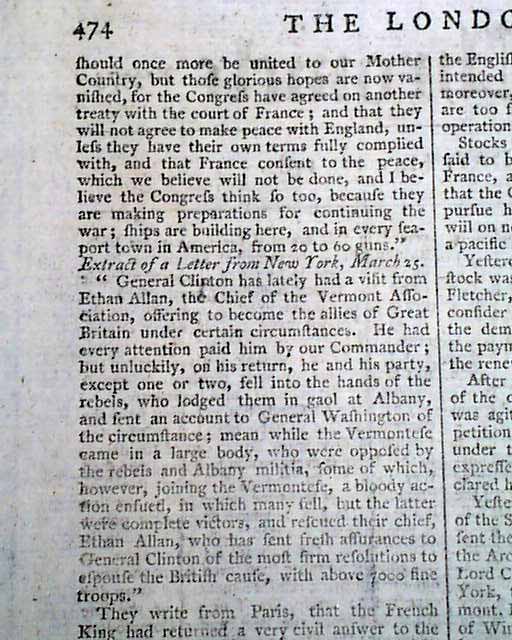 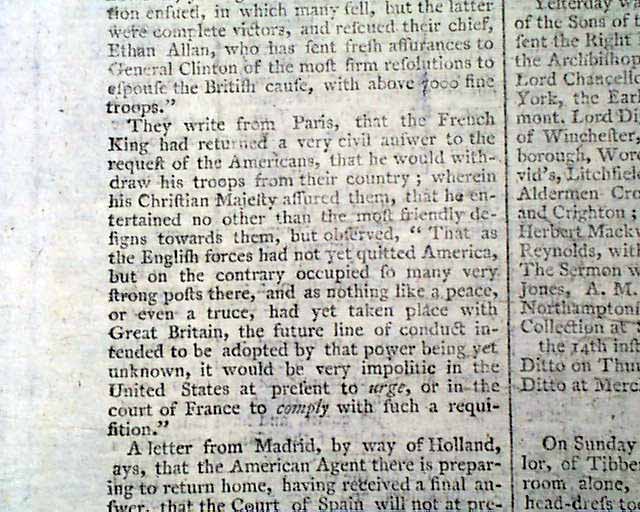 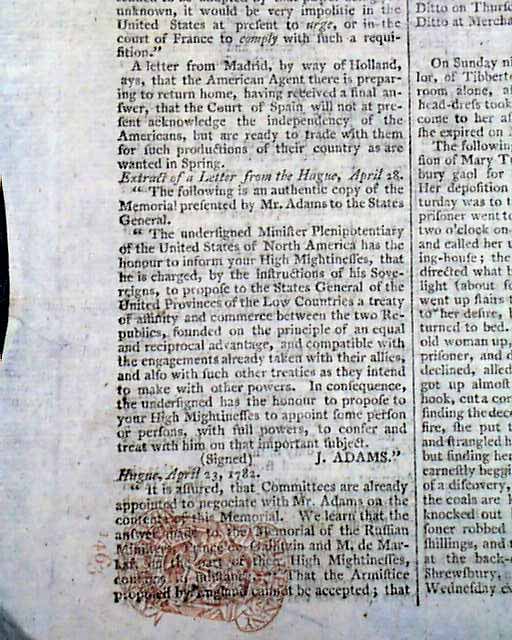