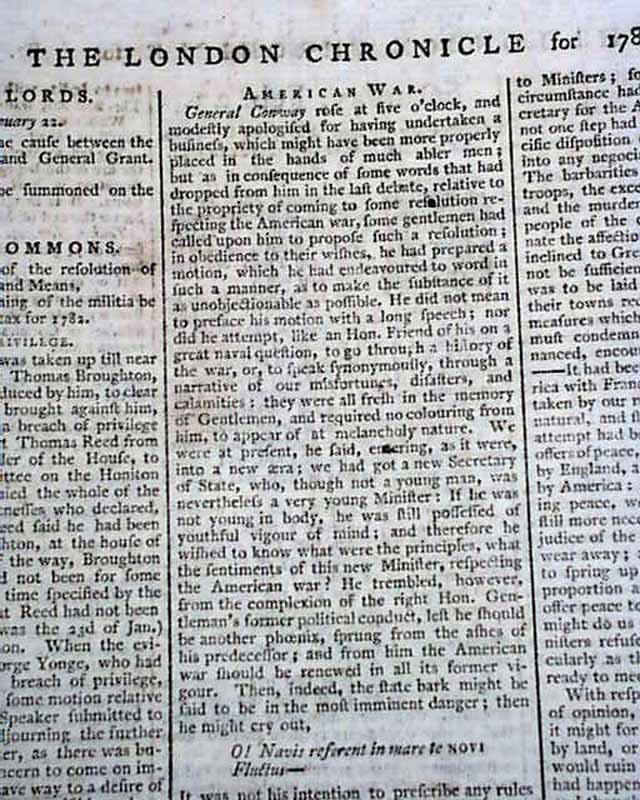 Half of this issue is taken up with reports from Parliament with various mentions of the Revolutionary War. A few bits include: "...that let our success be what it might for a time, a defeat at sea, a disaster by land, or the starting up of a new enemy would ruin us...that in the last year, there were no more than 9300 effective regulars under Sir Henry Clinton at New York, and 5400 under Lord Cornwallis. These were the armies with which Americans were to be conquered..." and elsewhere: "...that opinion, but he never entertained an idea...in that House ever imagined that America was to be reduced to obedience by force..." and near the end: "...was of opinion some time back that the American war was a just one...but he was also of opinion that the conplexion of the times had altered, and that it was no longer practicable to pursue it..." and so much more.
Eight pages, 9 by 12 inches, never bound nor trimmed, a few minor creases, bit of ftpg. foxing, very nice condition.