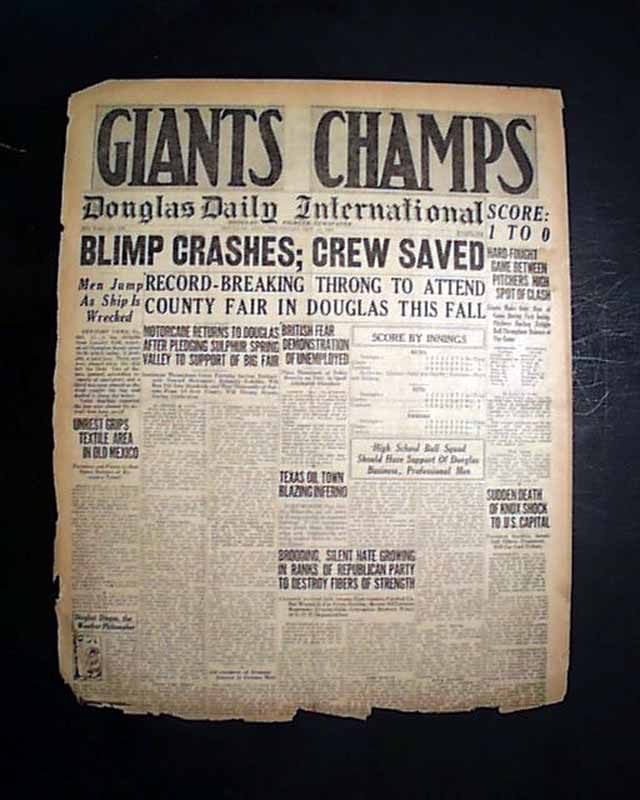 Great & bold banner headline above the masthead announces: "GIANTS CHAMPS" of the 1921 Major League Baseball World Series played at the Polo Grounds. Included is the "Score By Innings" statistics and last column heads: "Hard-Fought Game Between Pitchers High Spot Of Clash" and a bit more (see). The inning-by-inning coverage carries over to the bkpg. where are also photos of Babe Ruth and Art Nehf. This was the first appearance of the Yankees in a World Series.
Six pages, chipping loss at the bottom but no loss to the baseball content, loose at the spine, some margin tears, rather fragile & must be handled carefully. Nice for display as such.