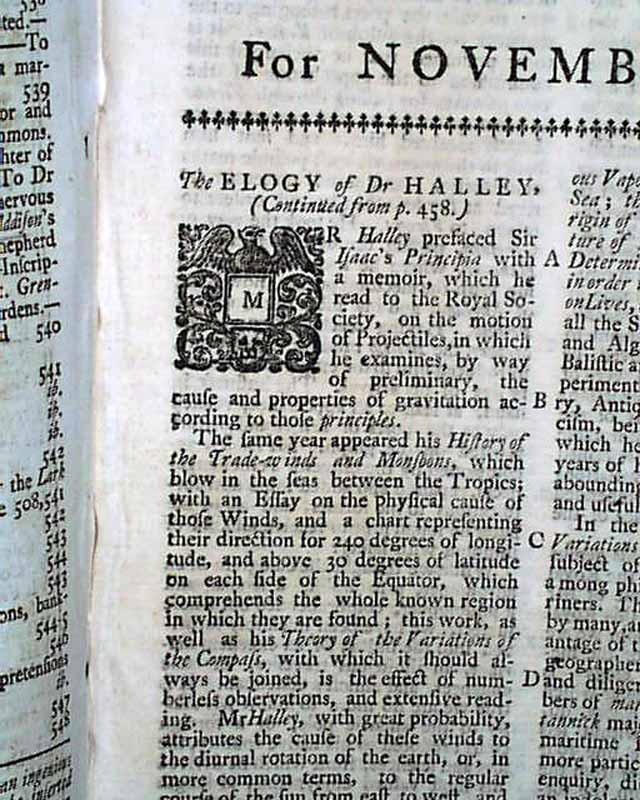 * Continuation of the Eulogy of Edmond Halley

Nearly five pages are taken up with the continuation of: "The Eulogy of Dr. Halley" (spelled elogy), being the famous Edmund Halley the astronomer and for whom "Halley's Comet" is named. Part 1 is found in the October issue.

Two pages are taken up with a lengthy "List of Ships Taken", by the French & the Spanish. Many of the ships are those bound to or from the American colonies & the West Indies. There is an article: "A Journey to Caudebec Falls with a Map and Description of the Same" which is accompanied by a full page plate of the area, which also includes an illustration of: "...an engine for raising water...". Another article: "The Manner of making Incombustible Cloth from the Stone Amiantus spun into Threads..." includes a small print of the device (see). This issue also has a print of "Arthur Onslow Esq. Speaker of the House of Commons".

Among other articles in this issue are: "Treacherous Behaviour of Dutch Governors", "Dutch Answer to the French Memorial", "French Account of the Action at Sea", "Dr. Mead on Inoculating the Small pox", "Hypocrisy of a Methodist Detected", and many poems. Near the back is the "Historical Chronicle" which has various news reports from throughout Europe.

Complete in 50 pgs. with full title/index page which contains an engraving of St. John's Gate. Measures about 5 by 8 inches, some lite scattered foxing is present, otherwise is in very good condition. 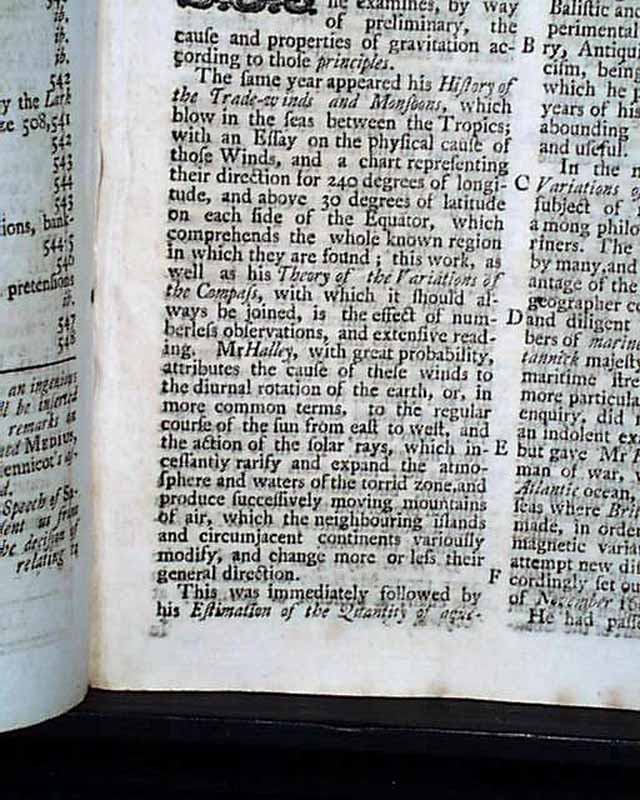 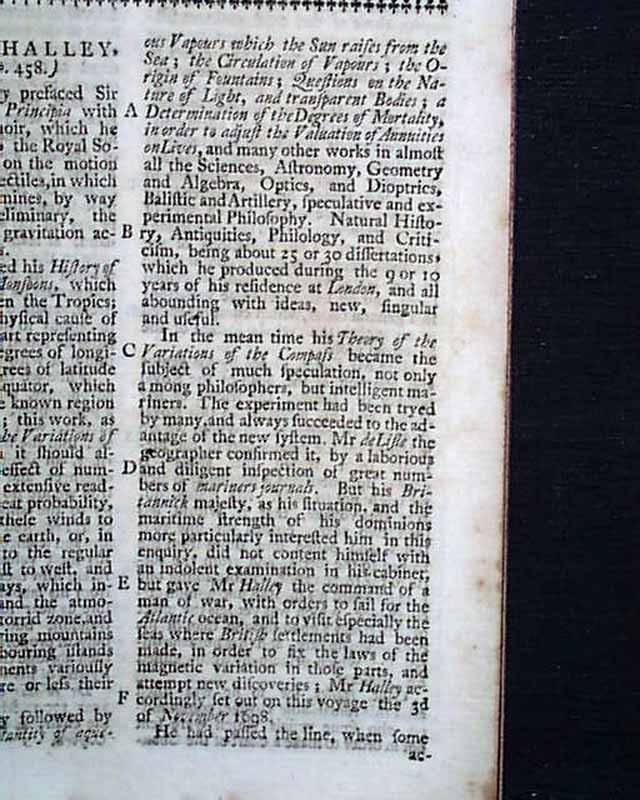 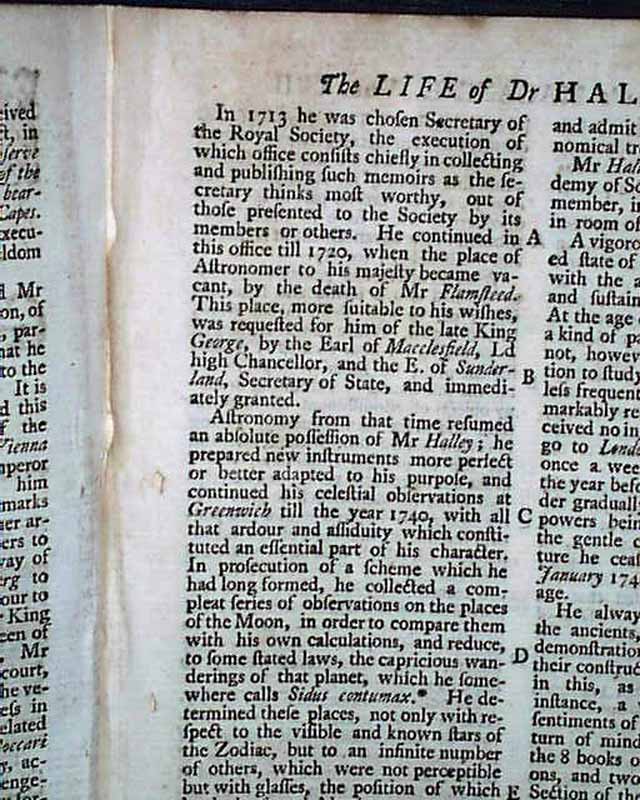 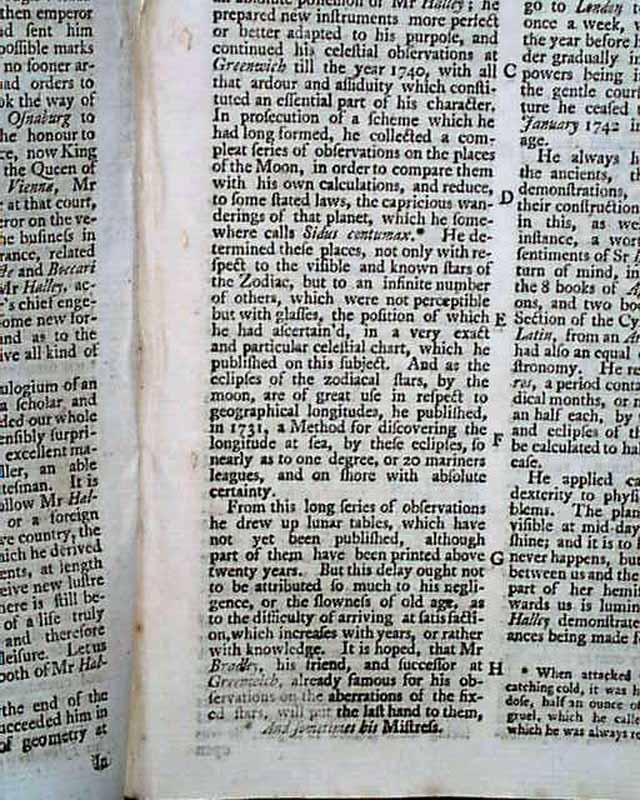 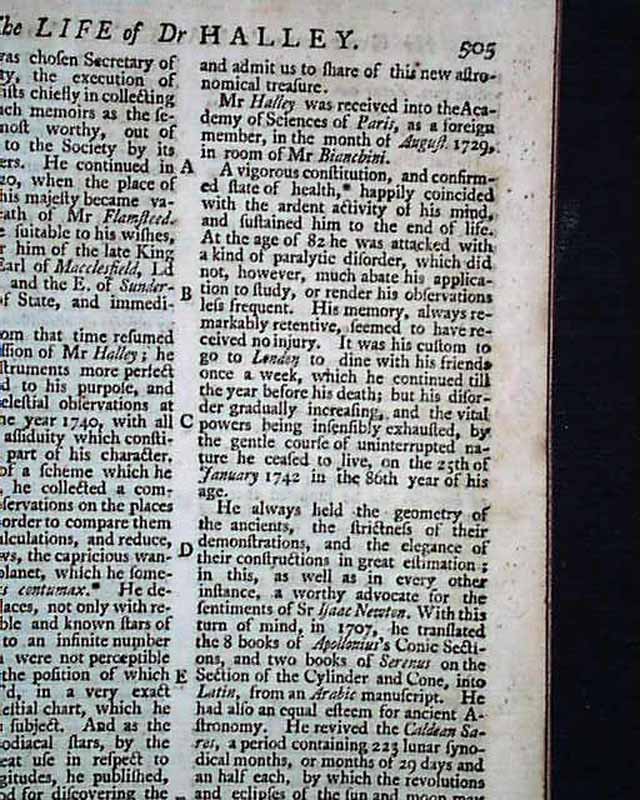 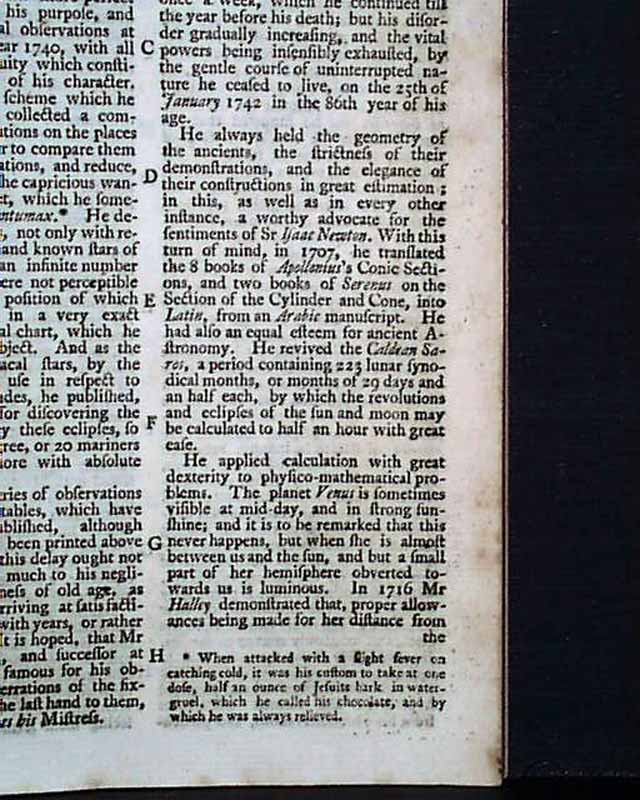 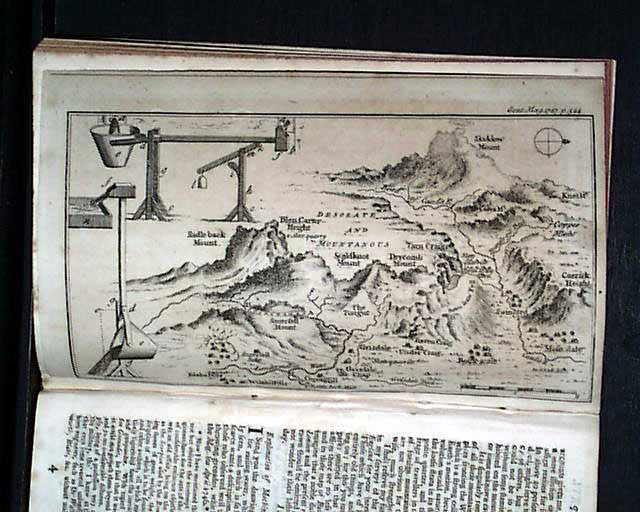 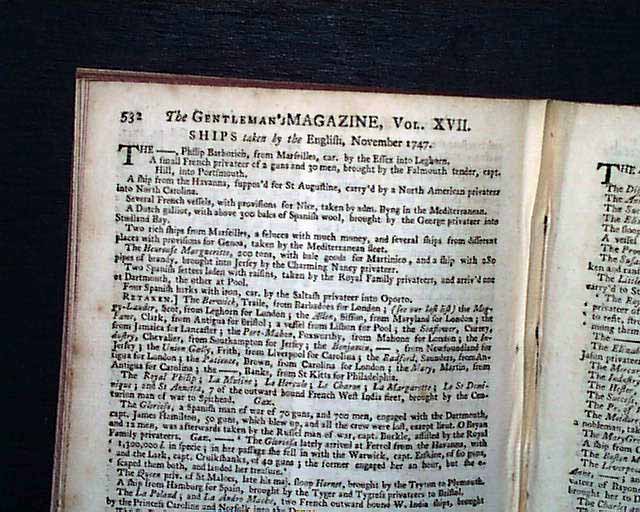 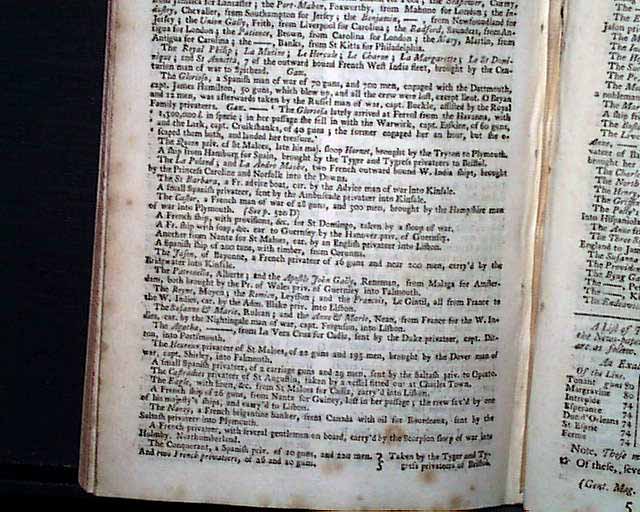 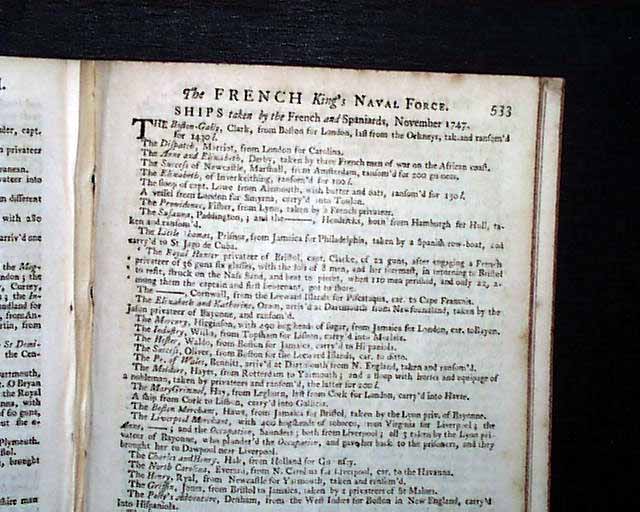 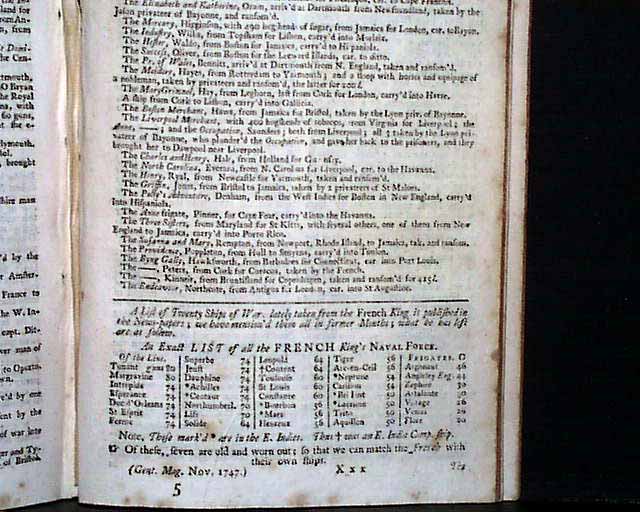 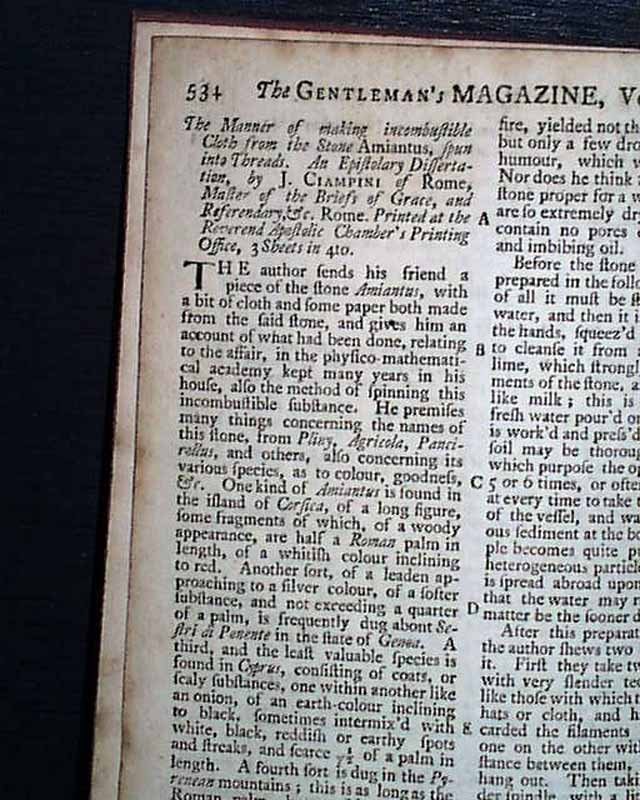 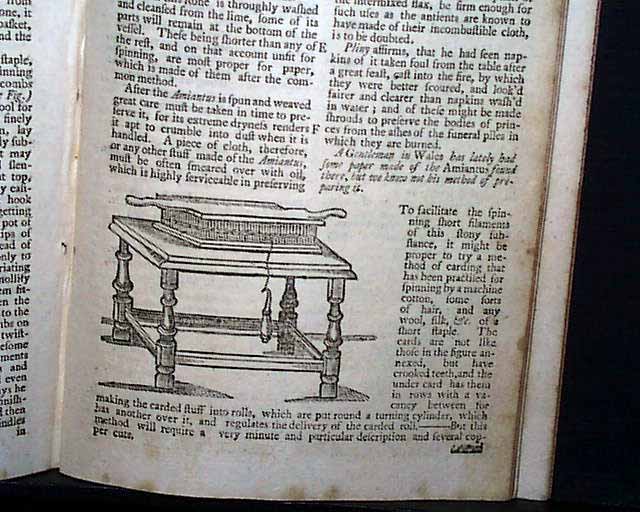 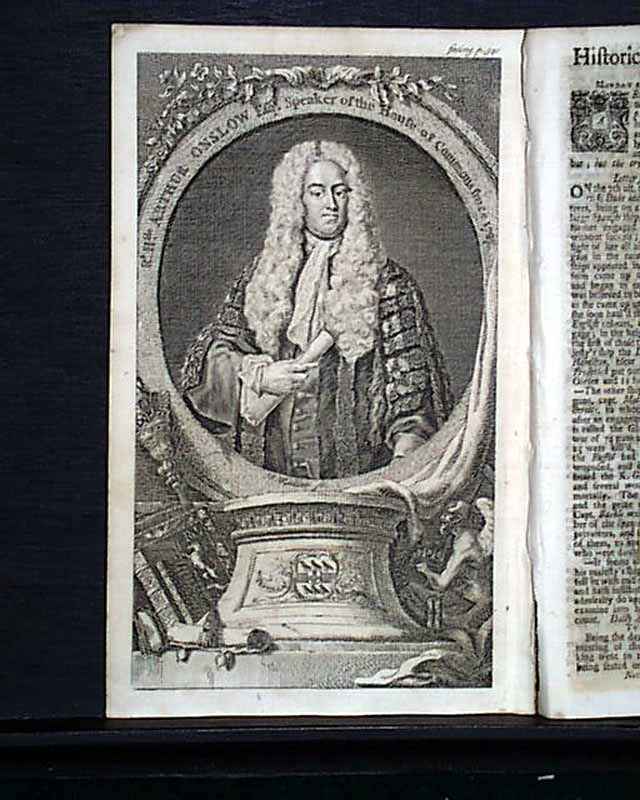 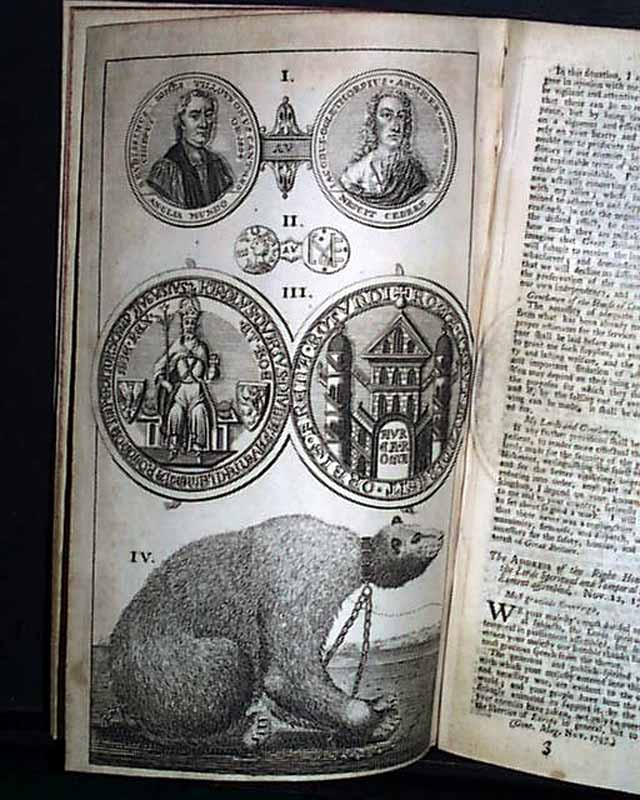 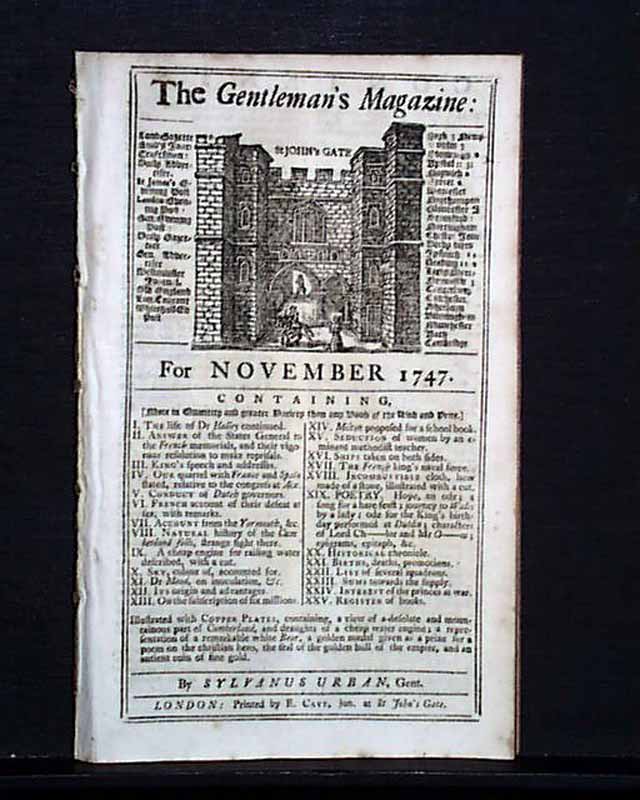