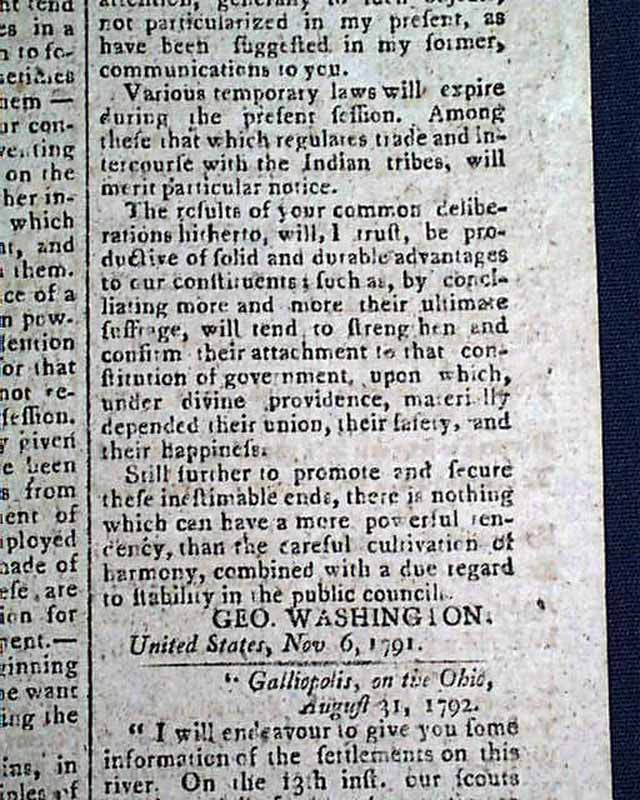 Most of page 3 is taken up with Washington's state of the union address for the year 1792 with a prefacing report which includes: "...The members of the house accordingly repaired to the senate chamber where at twelve o'clock the president of the United States arrived...when he delivered the following Speech to both Houses of Congress..." and what follows is the full text of the state of the union message, signed in type: Geo. Washington.
Just beneath his signature in type is "United States, Nov. 6, 1791" which would seem to be a typesetting error as it should be 1792 (see for portions).  Washington set the standard of making an address to Congress at the conclusion of each year, a practice which continues to this day.
Four pages, minor rubbing to page one fold, in  very nice, clean condition.