Home > Back to Search Results > Revolutionary War in the Caribbean...
Click image to enlarge 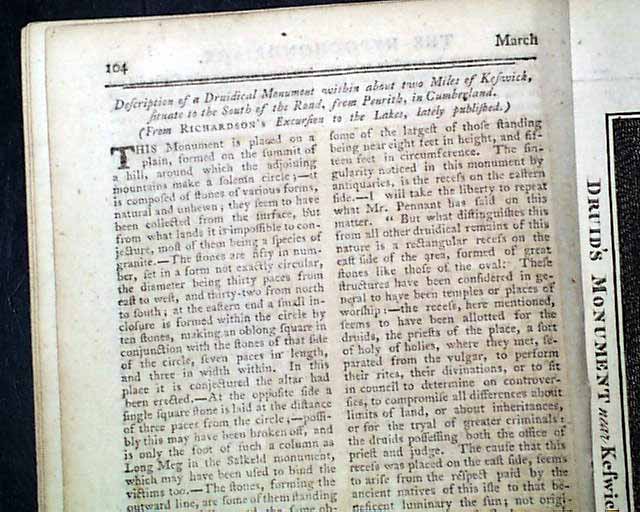 Revolutionary War in the Caribbean...

There are some news reports near the back of the issue including various intelligence on naval events in the Caribbean (see photos for portions) relating to the Revolutionary War. There is also a very nice engraving, captioned: "Druid's Monument Near Keswick in Cumberland" looking somewhat like Stonehenge, this being the oldest stone circle in all of Europe (see). The other plate called for is lacking.
Complete in 48 pages, full title/contents page with a great engraving of the skyline of London, 5 1/4 by 8 1/4 inches, very nice condition.