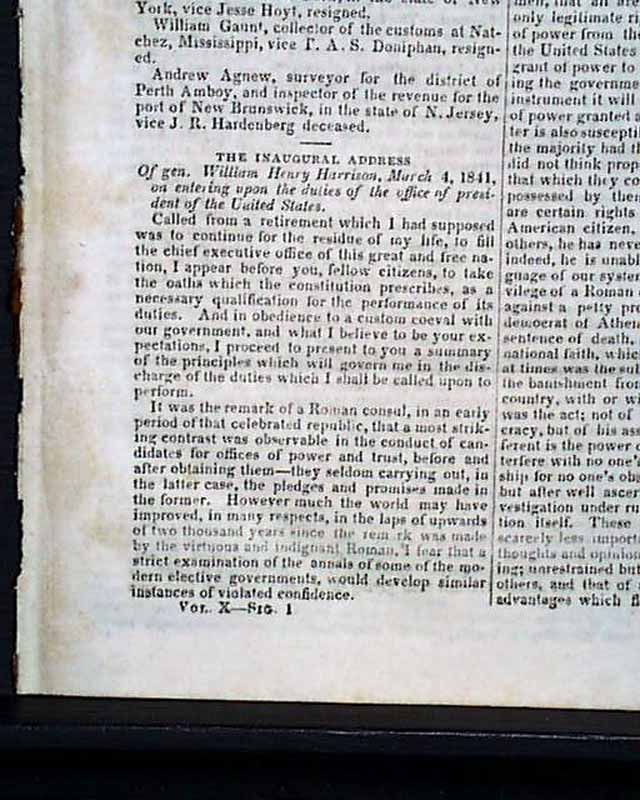 
NILES' NATIONAL REGISTER, Baltimore, March 6, 1841  Taking most of the front page, all of pgs. 2 & 3 & half of page 4 is: "The Inaugural Address" of Gen. William Henry Harrison, March 4, 1841...", which was obviously very lengthy, so lengthy & delivered outdoors on a very cold & wet day that he caught a cold & died of pneumonia just one month later.
Great to have this key political report in a newspaper from so close to Washington, and in the newspaper that was essentially the mouthpiece of the federal government.
Sixteen pages, 8 1/2 by 12 inches, great condition.