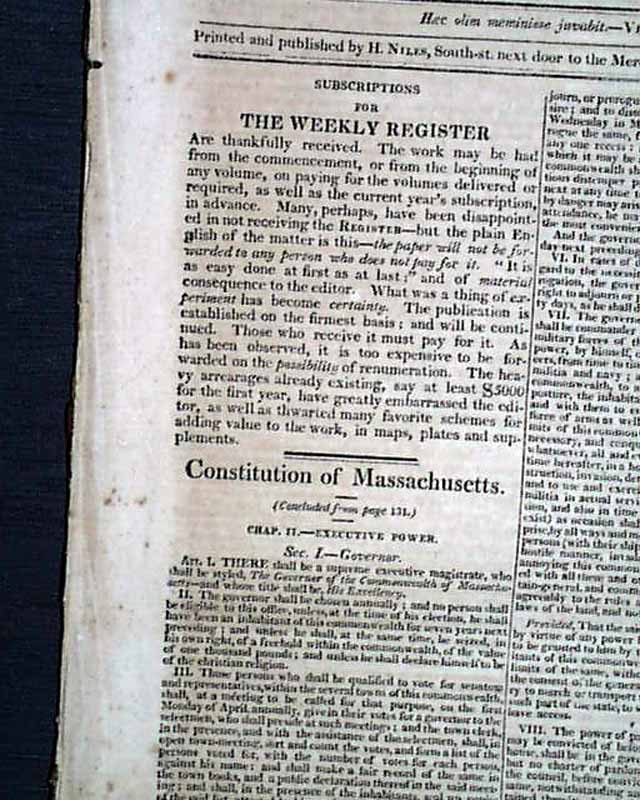 
THE WEEKLY REGISTER, Baltimore, Nov. 7, 1812  There are at least two notable reports in this issue, the first being the annual state-of-the-union address by the President, signed by him in type: James Madison. This was the first war-time annual message and much of this 2+ page "Message" deals with the War of 1812.
Nearly five pages are taken up with: "Events of the War" with considerable War of 1812 coverage, perhaps the most significant being: "Naval - Capture of the Wasp". The United States ship of war "Wasp" had initially captured the British ship "Frolic" but was than almost immediately taken by the British ship "Poictiers". Part of the report notes: "...The action lasted 45 minutes. Five men were killed on board the Wasp--the slaughter on board the Frolic was dreadful. Both vessels being disabled were taken by the Poictiers of 74 guns...The Frolic was completely dismasted & had between 50 & 60 men killed & wounded. Never was a vessel so completely mauled--except the Guerriere..." with more.
Other articles within include: "Captain Hull" "Augmentation of the Navy" "Creek Indians" & "Gen. Alexander Hamilton" which includes a letter signed by him.
Sixteen pages, 6 1/4 by 9 1/2 inches, even toning, otherwise in very good condition. 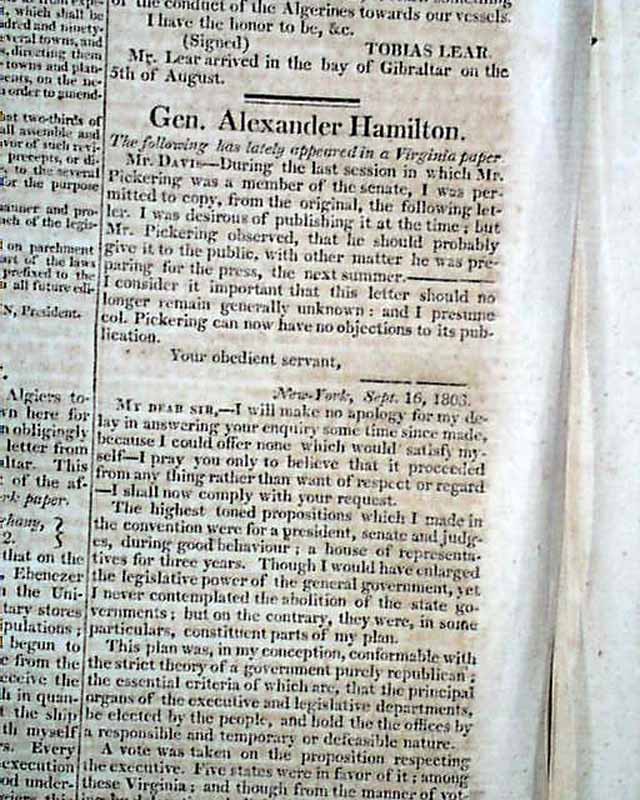 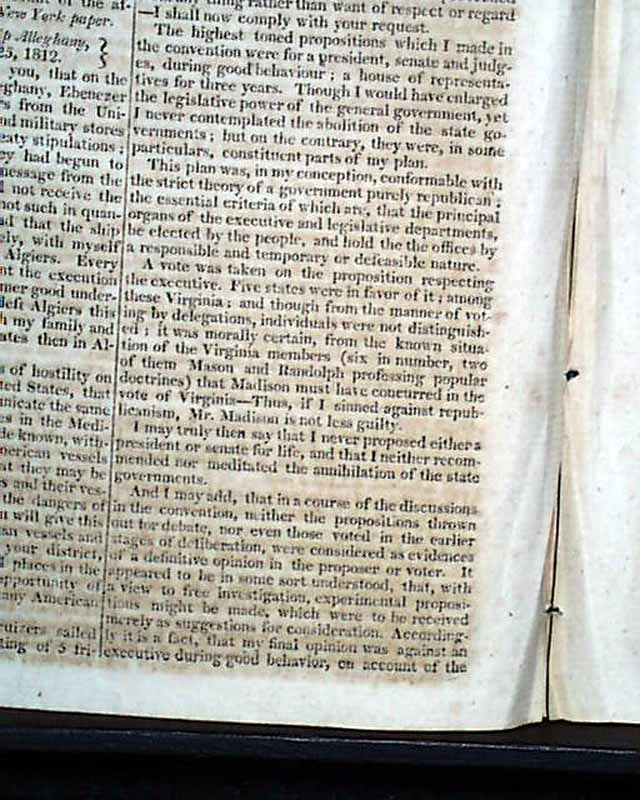 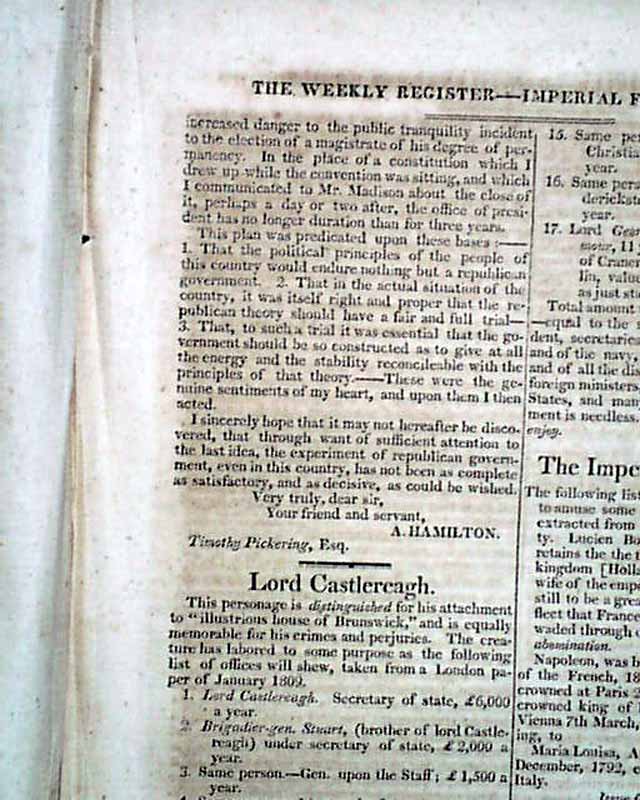 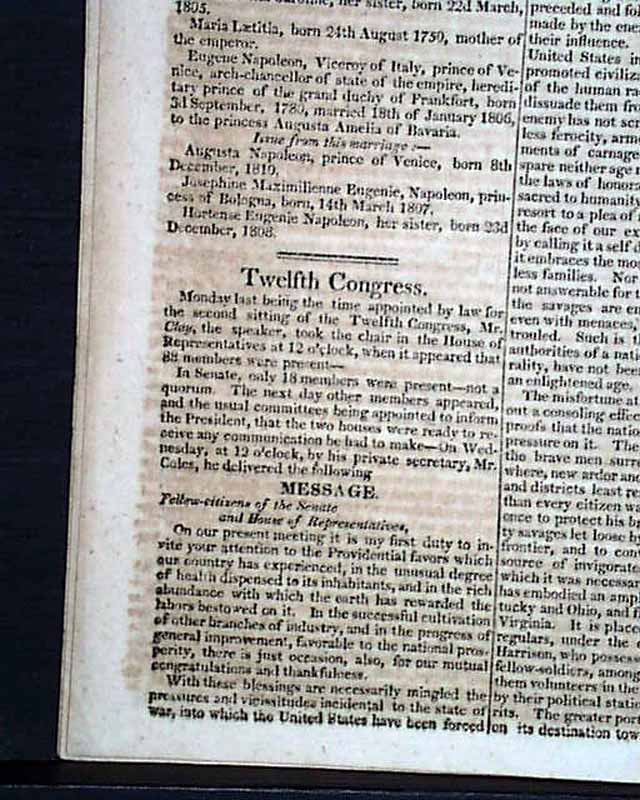 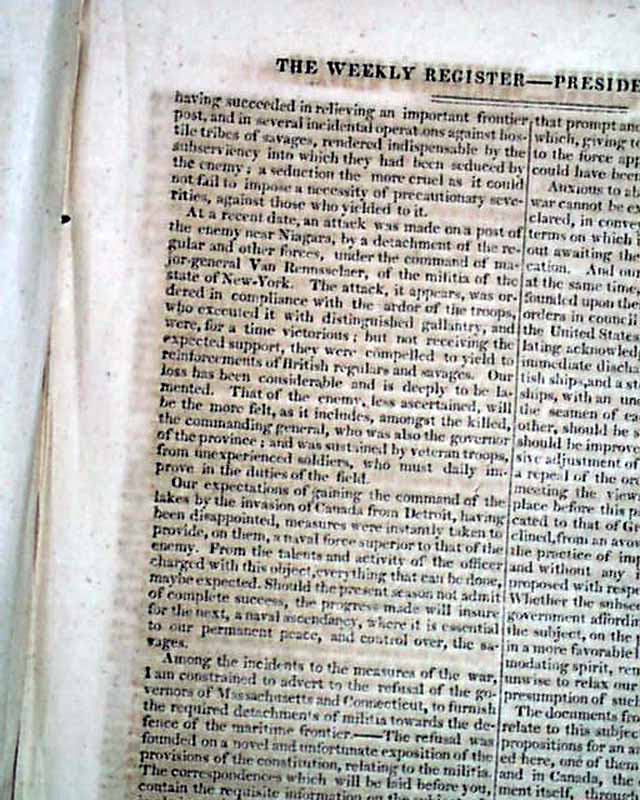 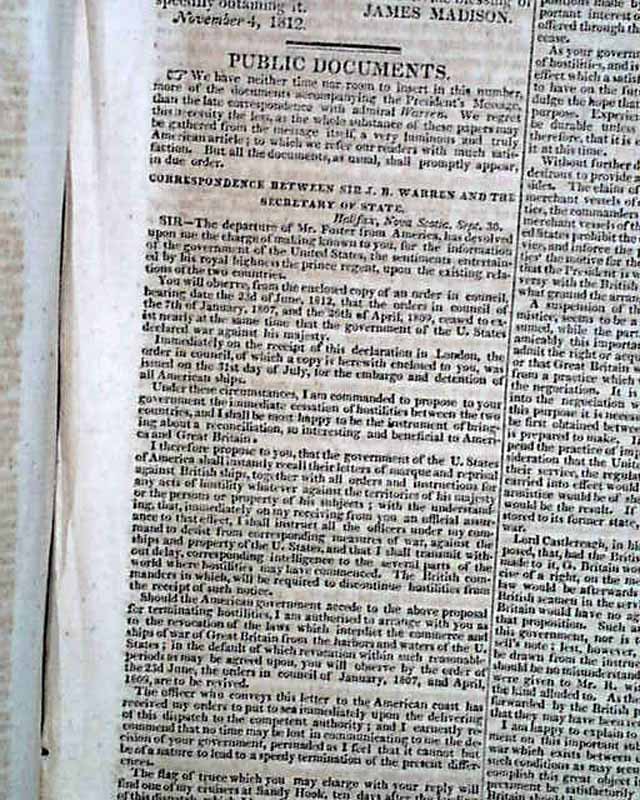 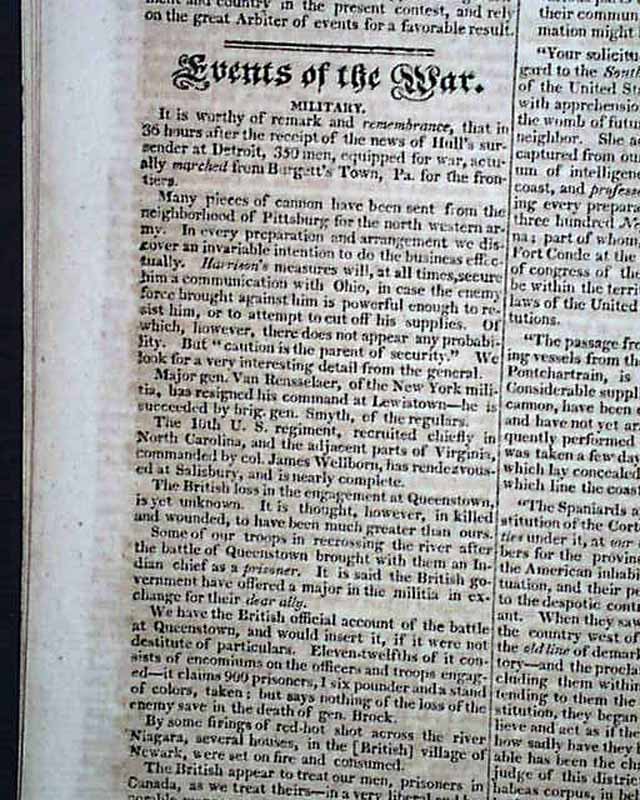 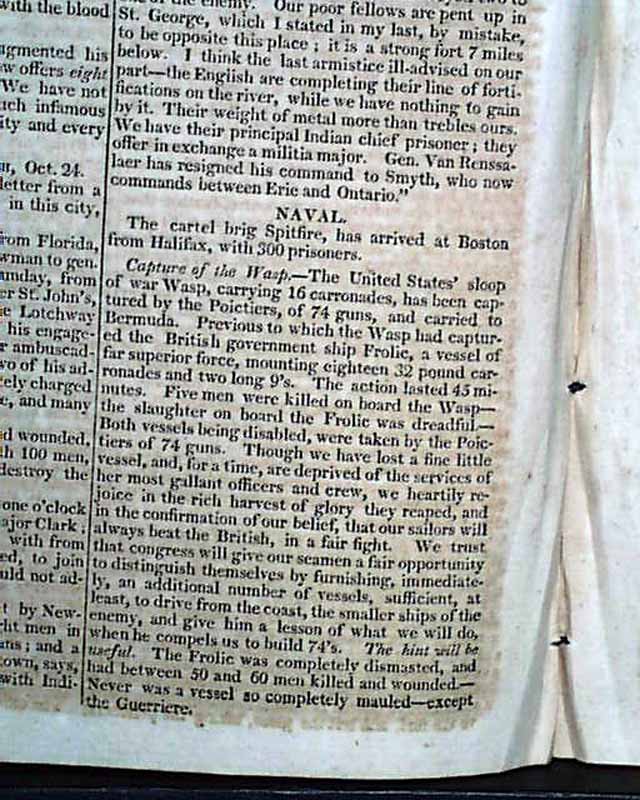 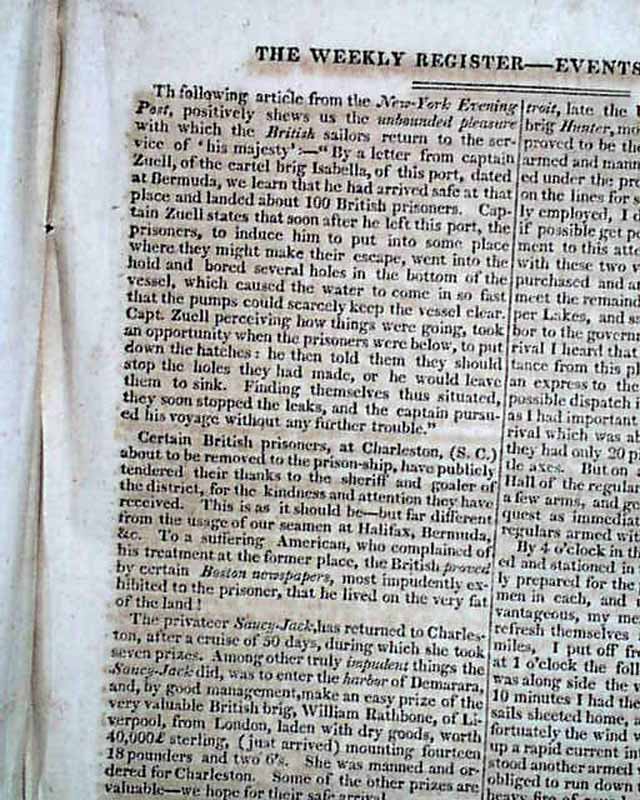 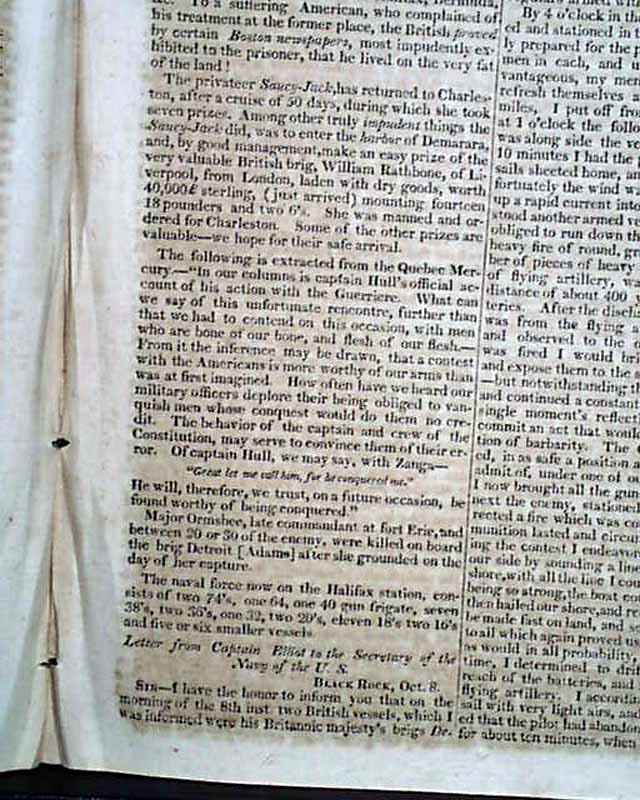 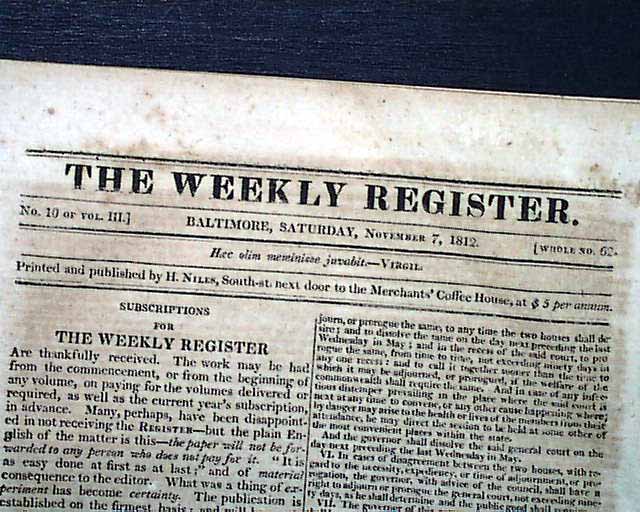 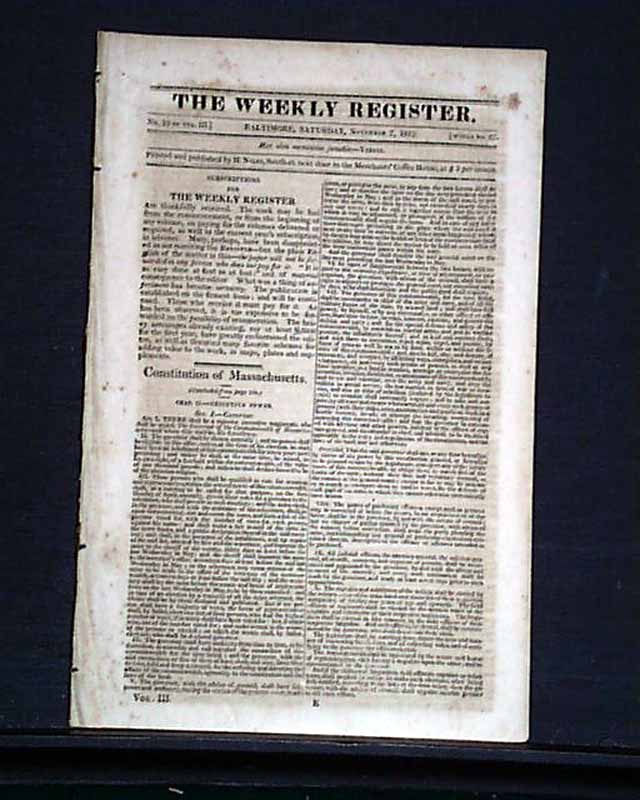