Home > Back to Search Results > Capture of Petersburg, Virginia...
Click image to enlarge 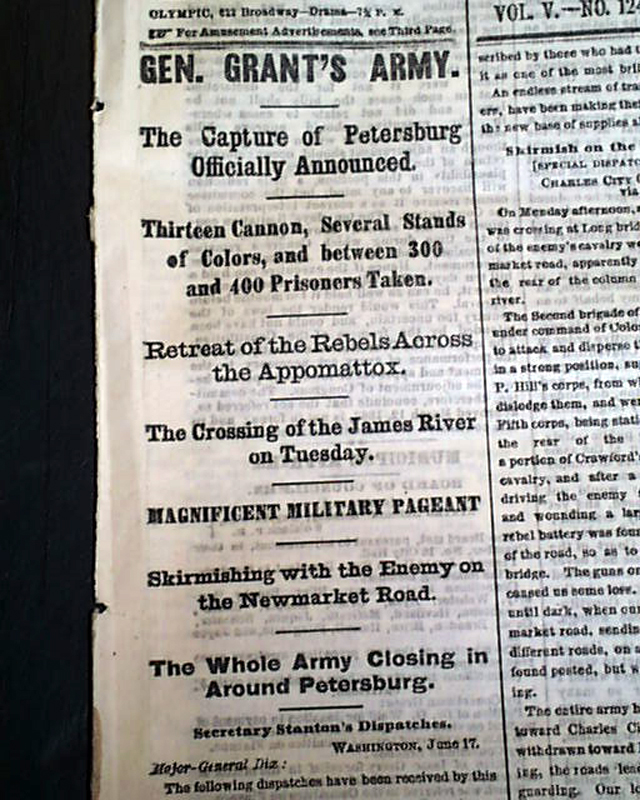 Among the ftpg. column heads on the Civil War are: "GEN. GRANT'S ARMY" "The Capture of Petersburg Officially Announced" "Retreat of the Rebels Across the Appomattox" "The Whole Army Closing in Around Petersburg" & more.
The bkpg. has: "Mr. Lincoln In Phila." "What the President Did & Said at the Great Sanitary Fair" "He Makes a Little Speech, Cracks a Little Joke...".
Eight pages, very nice condition.

Great baseball game reports from the ... 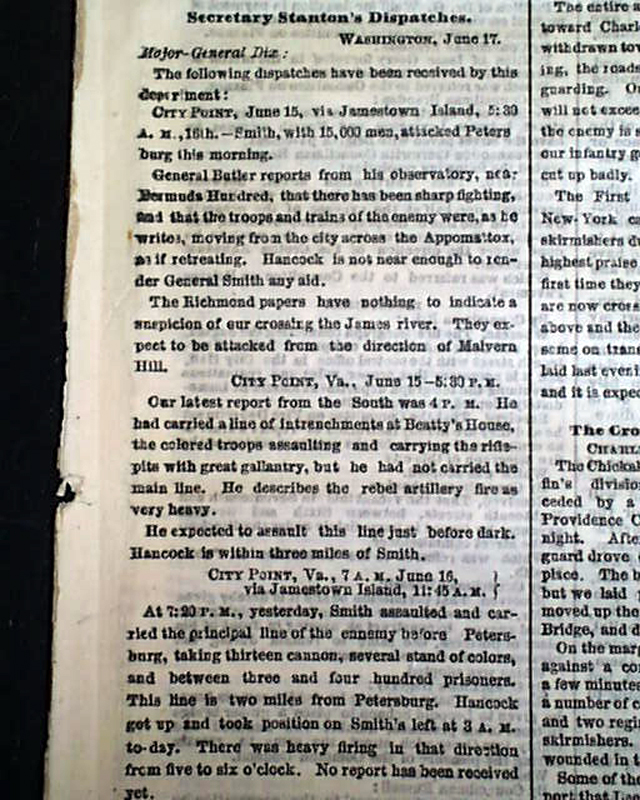 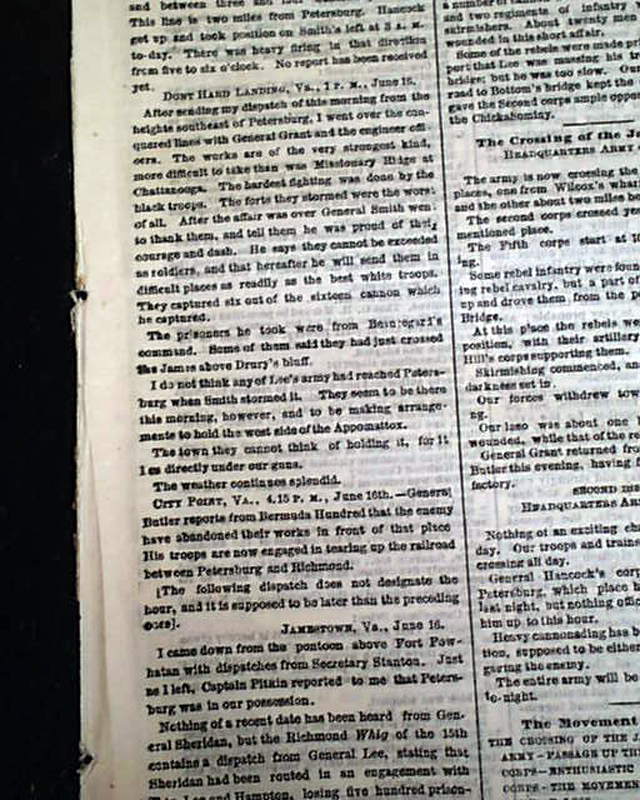 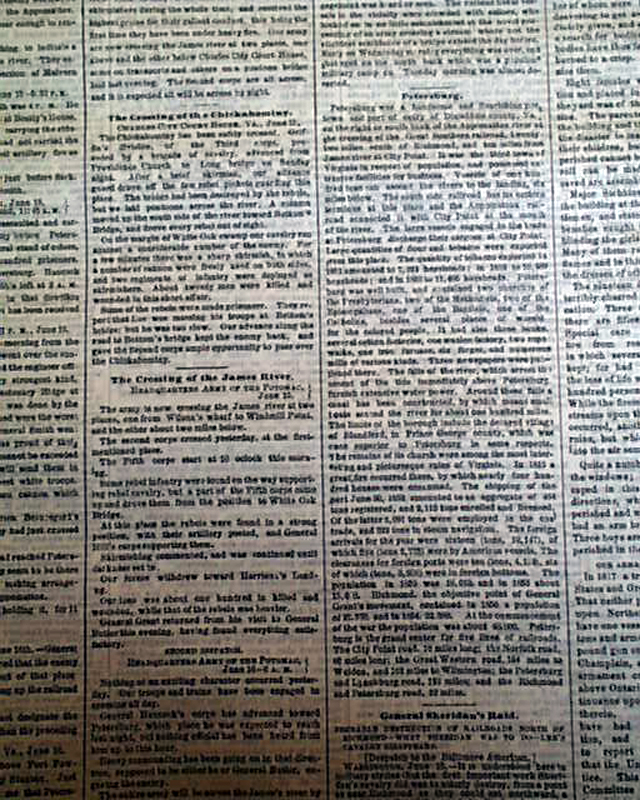 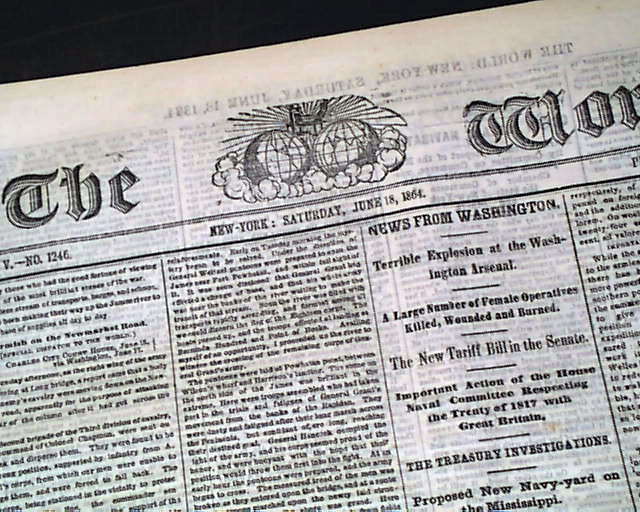 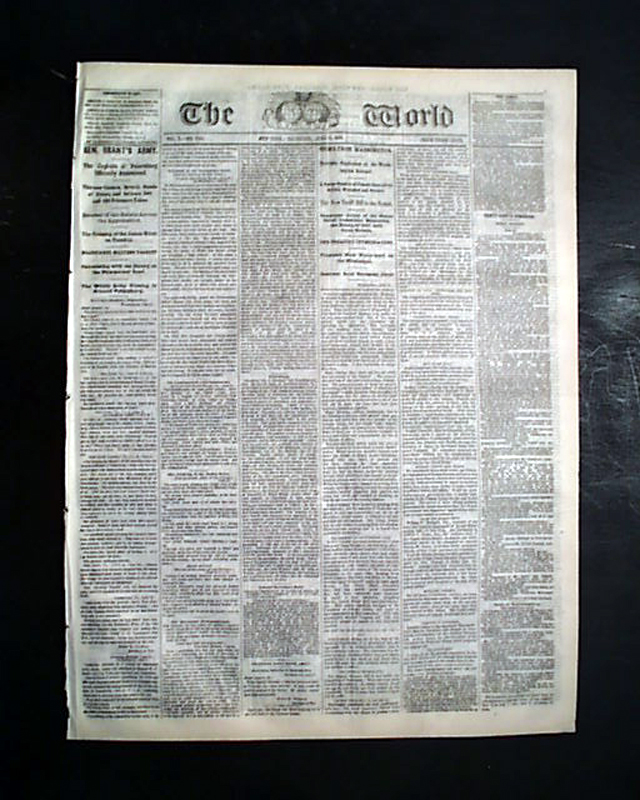 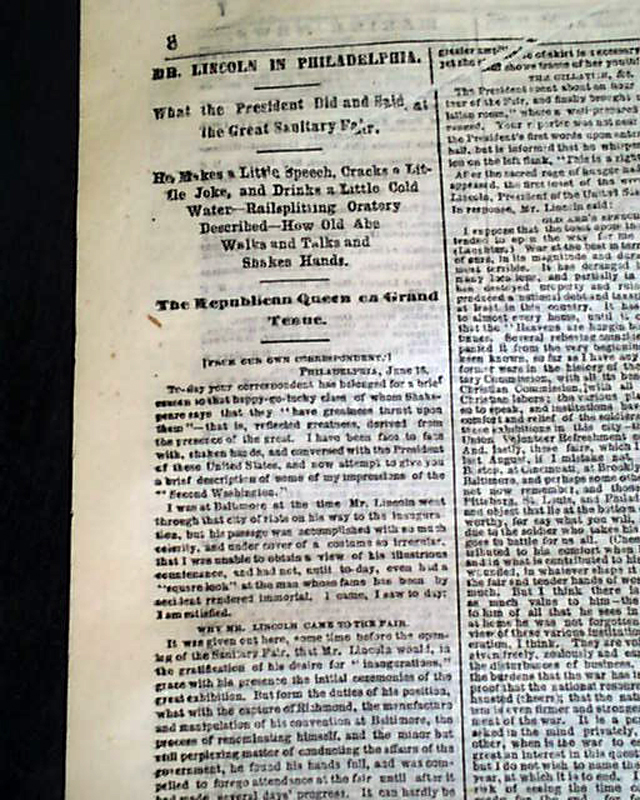 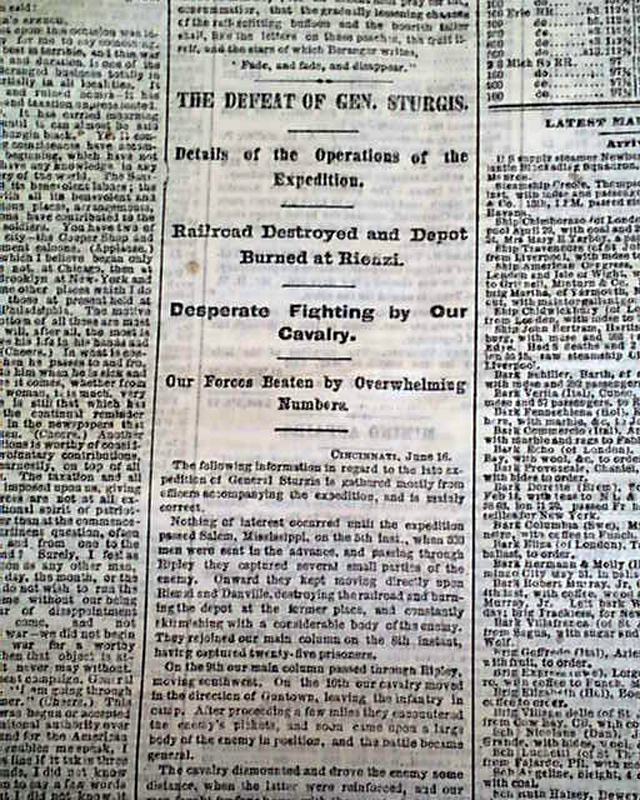