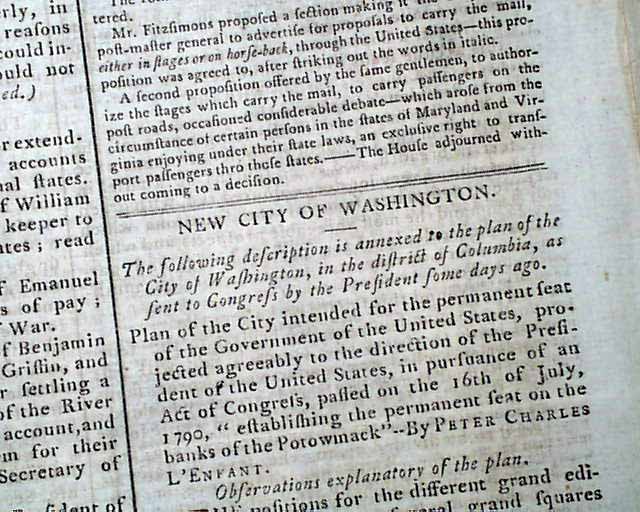 A terrific issue on the creation of the nation's capital. Beginning on page 2 & taking half of page 3 is a great article titled: "New City Of Washington" which has as a subtitle: "Plan of the City intended for the permanent seat of the Government of the United States, projected agreeably to the direction of the President of the United States, in pursuance of an Act of Congress...establishing the permanent seat on the banks of the Potowmack, by Charles L'Enfant". The text is great and very descriptive. It begins: "The positions for the different grand edifices & for the several grand squares or areas of different shapes as they are laid down, were first determined on the most advantageous ground, commanding the most extensive prospects & the better susceptible of such improvements as the various interests of the several objects may require..." with so much more. Truly a nice & very detailed accounting of the layout of Washington, D.C. (photos show portions).
Four pages, very nice condition.