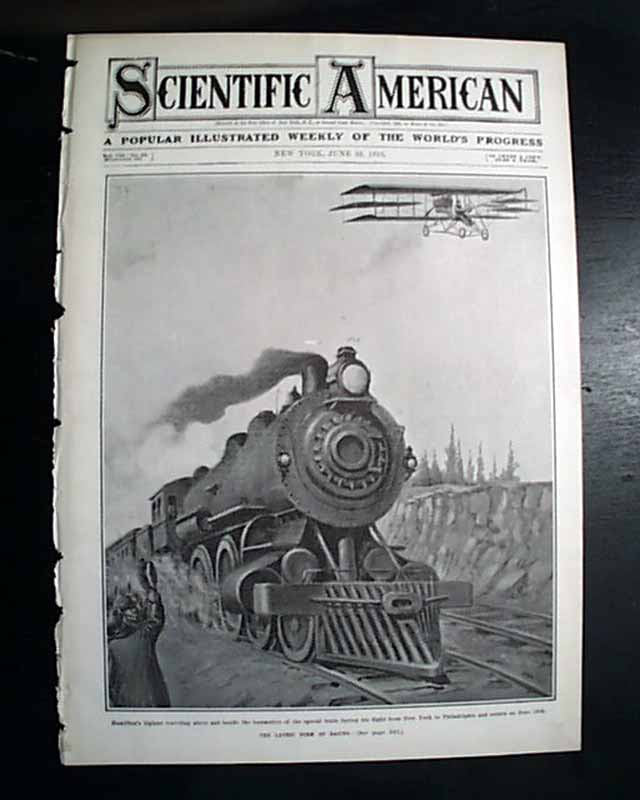 In an age when the railroad was transportation king, and the airplane was the next great transportation adventure, the front page could not be better. The full pg. is taken up with a print captioned: "Hamilton's biplane traveling above & beside the locomotive of the special train during his flight from New York to Philadelphia and return on June 13th. "The Latest Form of Racing."
Charles Hamilton was a notable daredevil flyer at the time. The event featured in this issue is mentioned in Wikipedia. Inside has 3 more photos and text headed: "Hamilton's Round-Trip Aeroplane Flight from New York to Philadelphia--A Remarkable Cross-Country Flight"
Twenty pages, a bit irregular at the spine, nice condition.