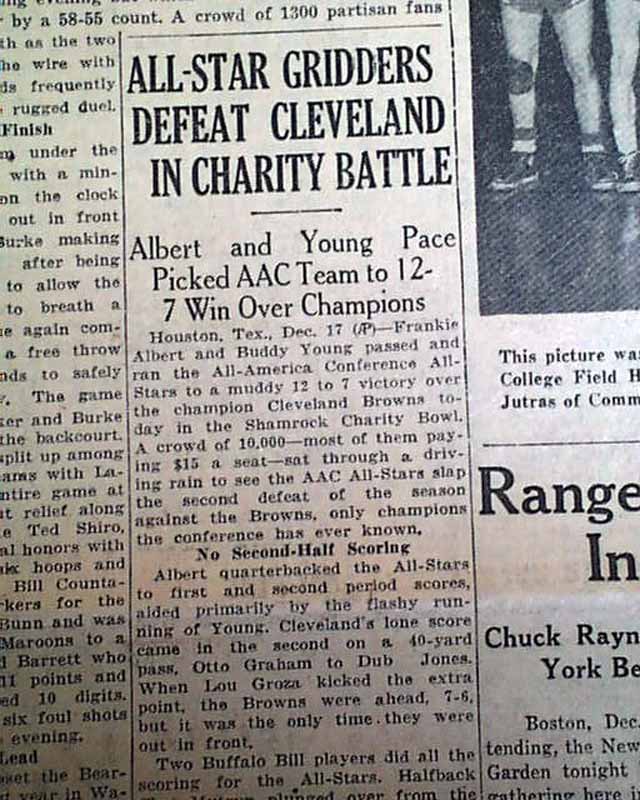 The front page of this section has a one column heading: "ALL-STAR GRIDDERS DEFEAT CLEVELAND IN CHARITY BATTLE" with subhead. (see)
Other sporting news of the day. Complete sport's section only with all 16 pages, light toning at the margins, nice condition.

wikipedia notes: The All-America Football Conference (AAFC) All-Star Game or Shamrock Bowl was an American football game played in Houston's old Rice Field on December 17, 1949, between the Cleveland Browns (the 1949 AAFC Champions) and an all-star selection from the AAFC's other six teams. It was the AAFC's last match before it was merged into the National Football League (NFL).
The "Shamrock Bowl" was promoted by Texas oilman Glen McCarthy, who had been seeking a Houston franchise in either the AAFC or NFL. A disappointing crowd of 10,000 braved a rainstorm to watch the final AAFC game, in which the All-Stars defeat the Browns, 12-7.