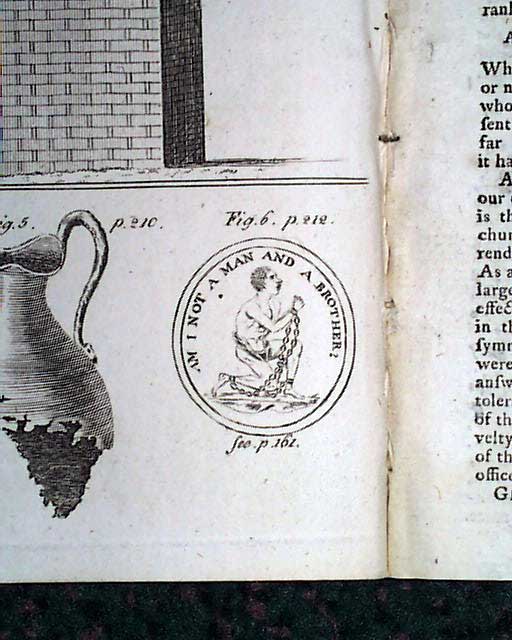 The most notable content would be the full page plate which includes four images, one of which is a small print of the medal to slavery, titled: "Am I Not A Man And A Brother?" which shows a slave with his hands in chains. This is a print of what is considered the most noteworthy abolitionist/anti-slavery 18th century mediation & worn by many of the elite class to show support for abolition. It was designed by Josiah Wedgwood (grandfather of Charles Darwin). There is a related article: "Expediency of a Reformation in the Treatment of Slaves".
Other items including: "Cricket and Whist, Whether Games of English Invention" "The True Author of Robinson Crusoe" "Cautions Hinted to the Committee on the Slave Trade", and much more.
Near the back under "America" is one of the most famous speeches by anyone on the new Constitution. It is prefaced with: "The following is given as the genuine speech of his Excellency Benjamin Franklin, Esq. to the President of the late Continental Convention immediately before signing the Proposed Constitution". In reality Franklin was too weak to give it so he had fellow Pennsylvanian, James Wilson, give it. The website "usconstitution.net" calls it a "masterpiece".
Included are all 3 plates called for.
Complete in 96 pages, 5 1/2 by 8 3/4 inches, full title/contents page features a nice engraving and is slightly close-trimmed, overall great condition. 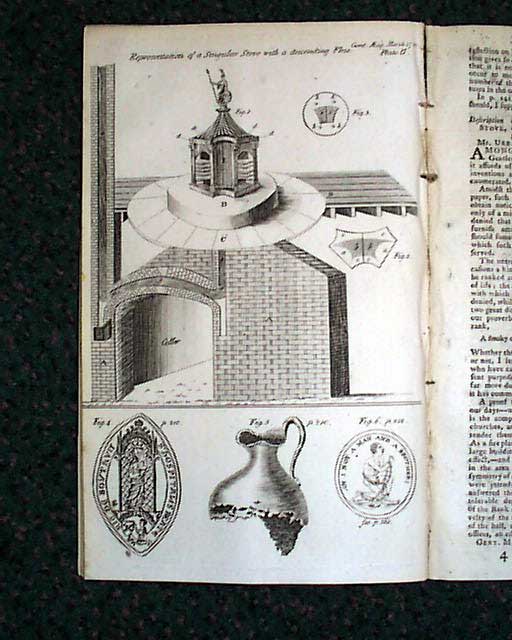 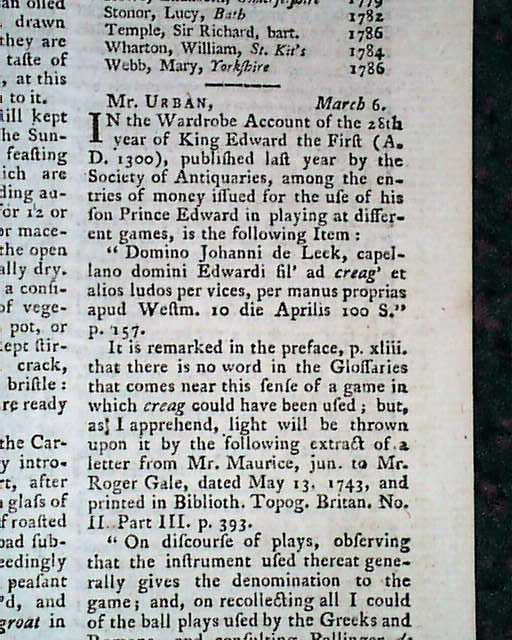 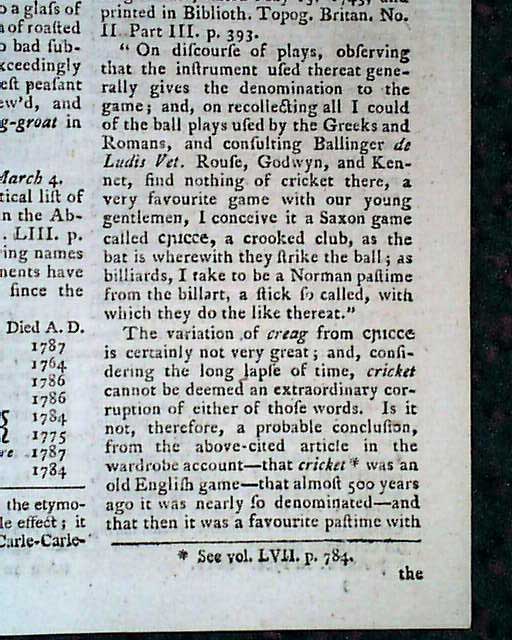 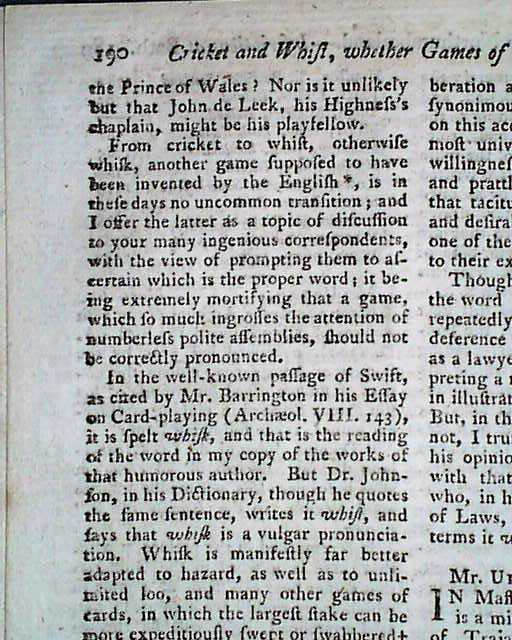 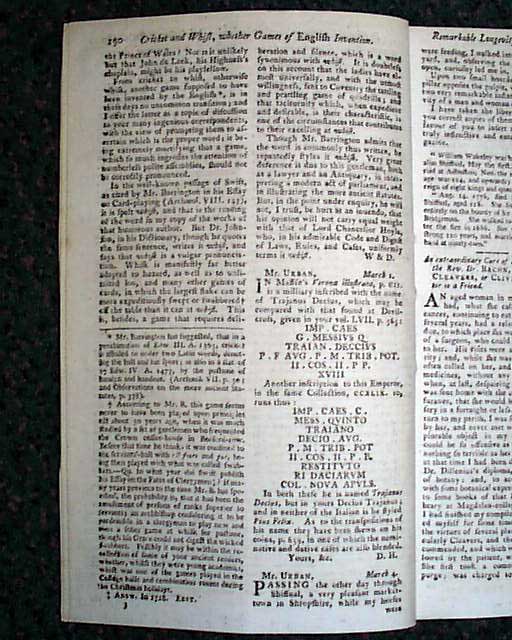 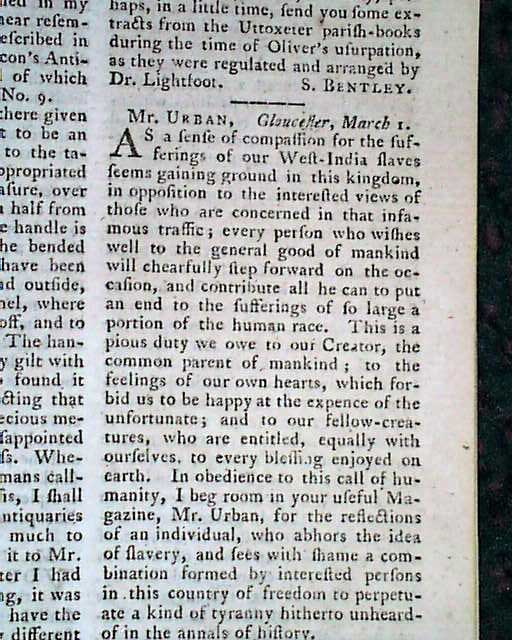 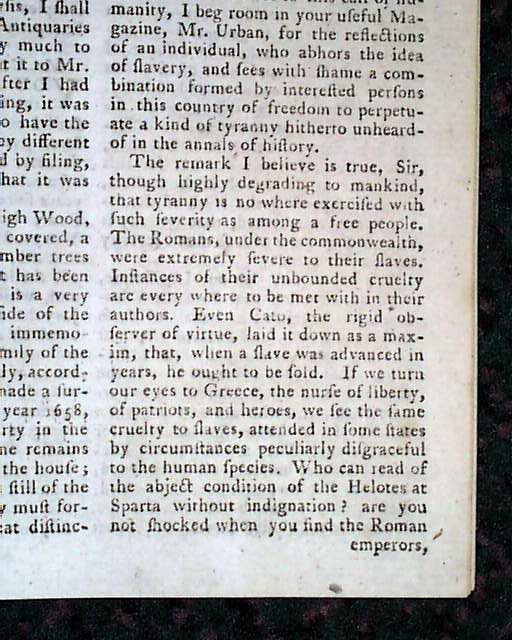 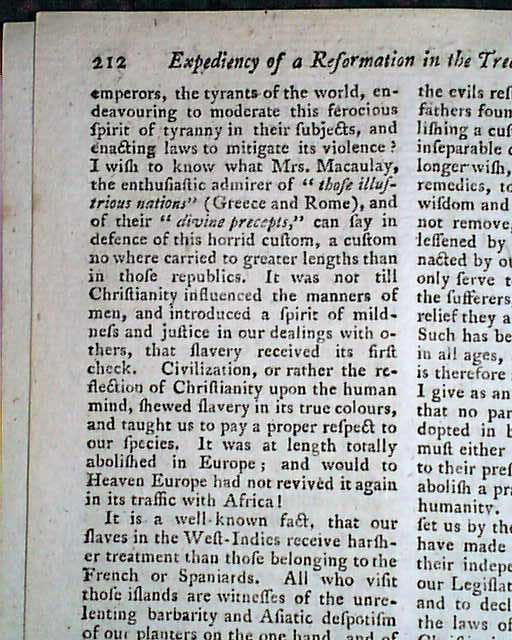 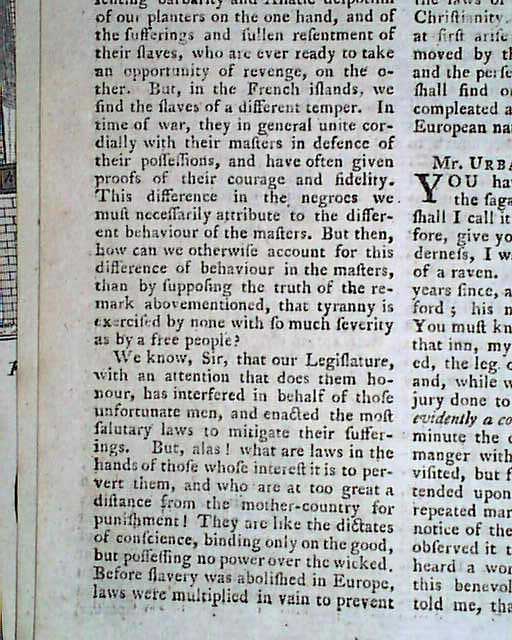 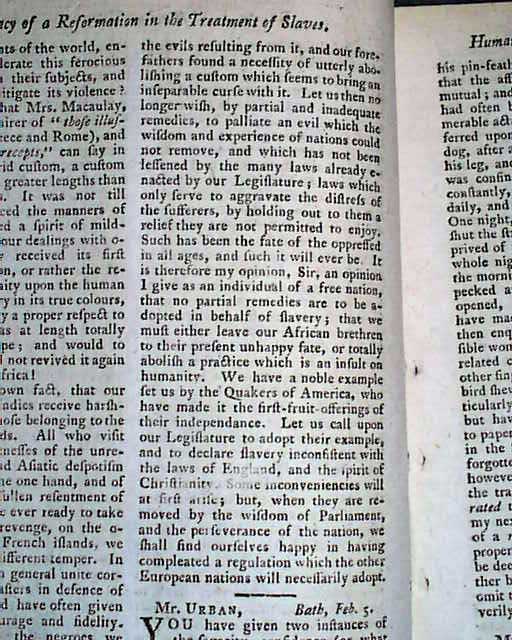 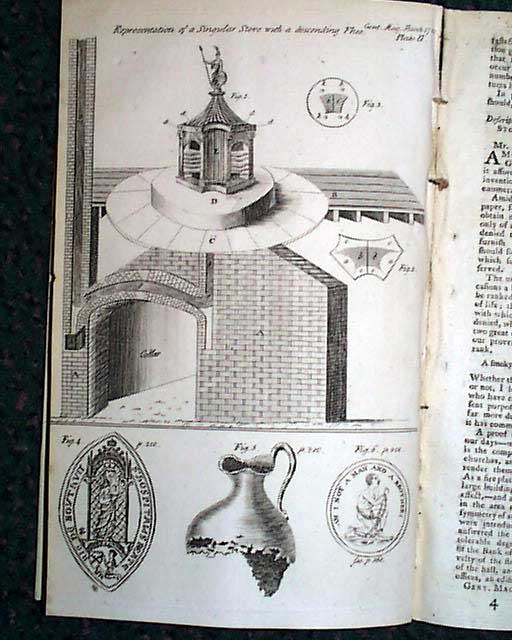 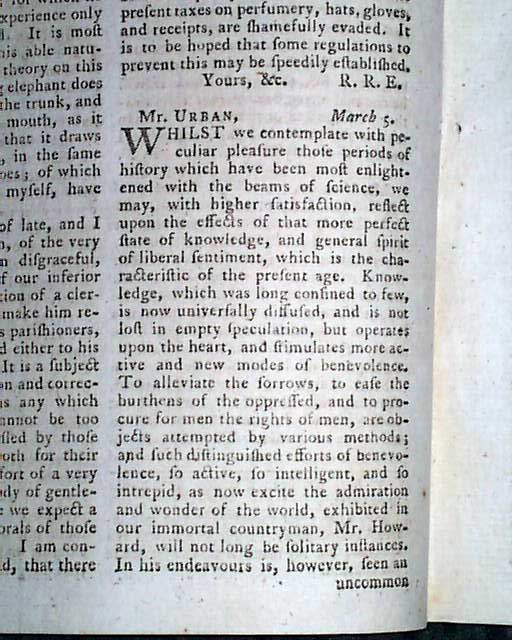 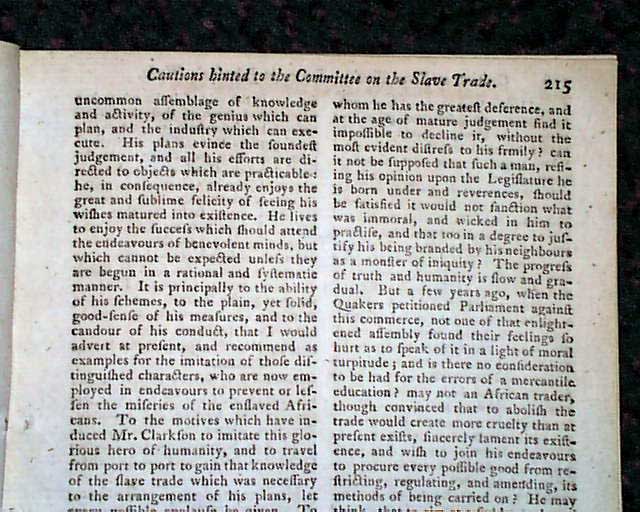 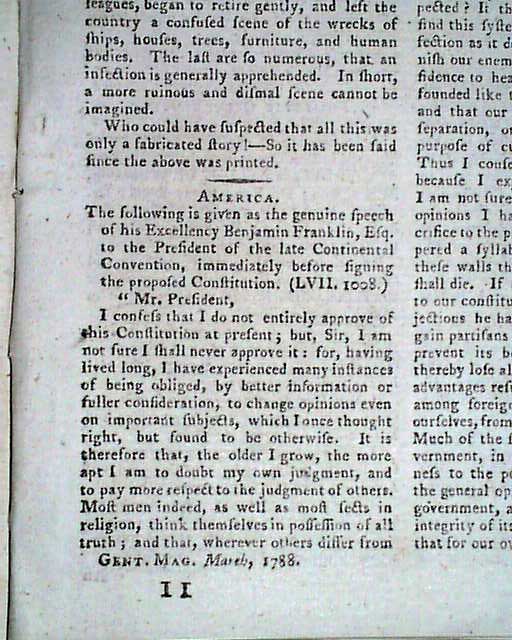 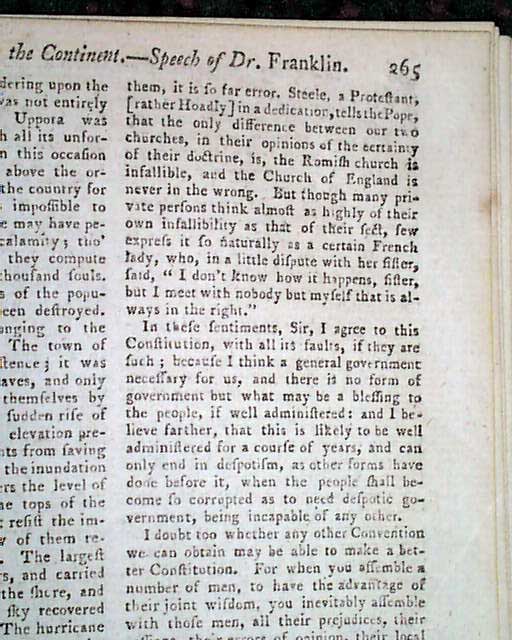 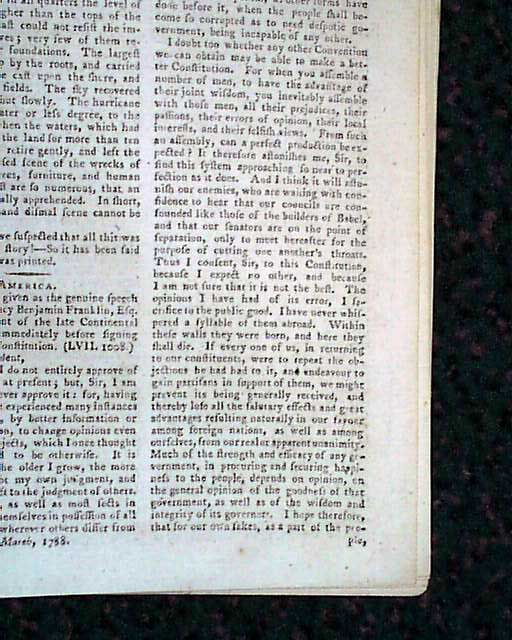 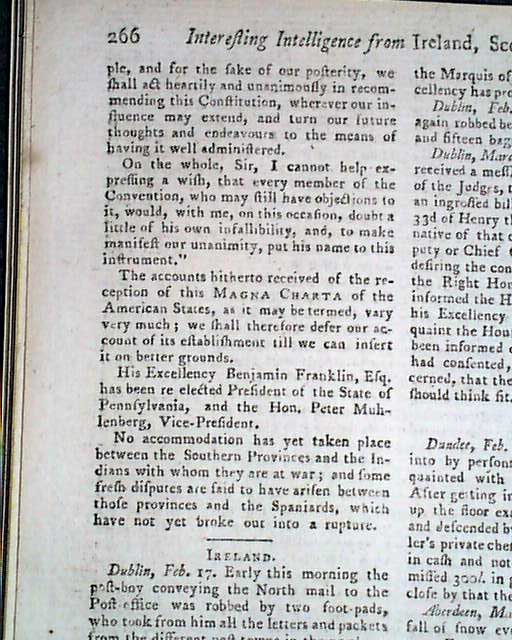 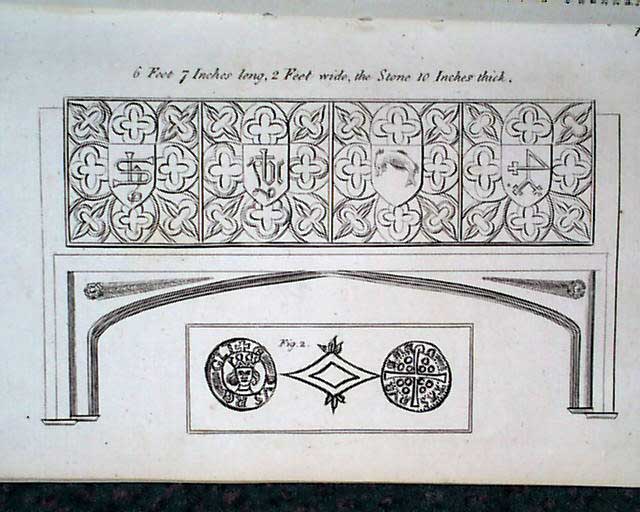 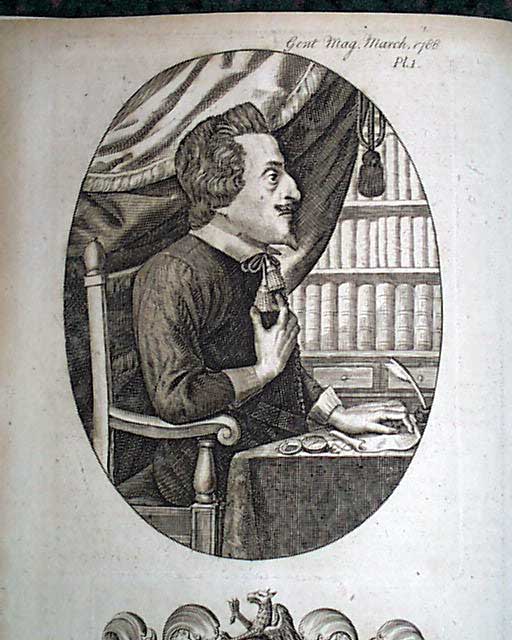 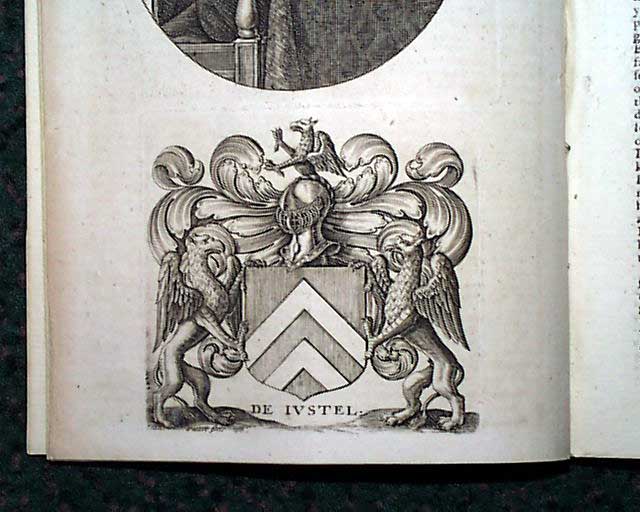 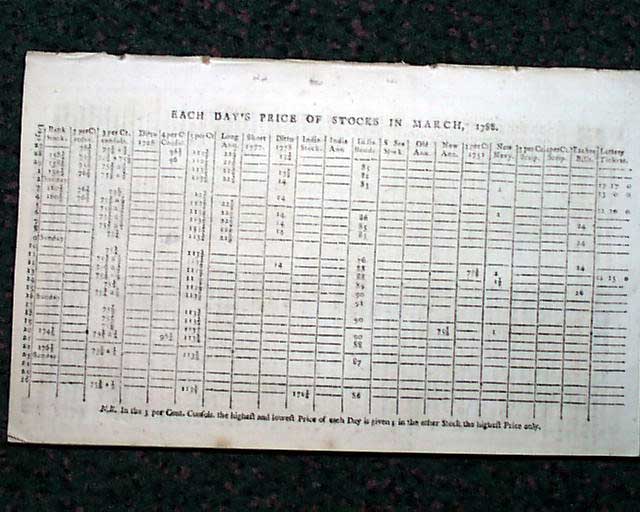 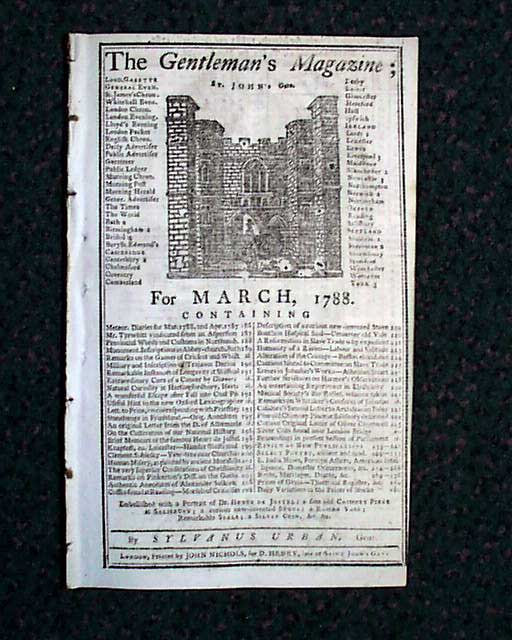