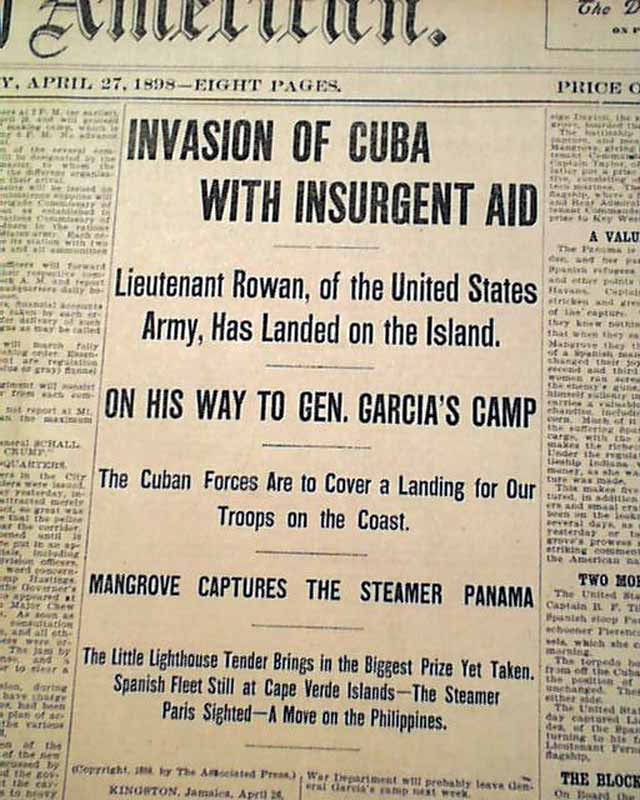 Front page reports on the Spanish-American War include: "INVASION OF CUBA WITH INSURGENT AID" "Lieutenant Rowan, of the U.S. Army, Has Landed on the Island" "On His Way to Gen. Garcia's Camp" "The Cuban Forces Are to Cover a Landing for Our Troops on the Coast"  "Mangrove Captures the Steamer Panama" and more. Also a ftpg. print of: "Commodore Dewey and The Asiatic Squadron".
Complete in 8 pages, very nice condition.

The very beginning of the Financial P... 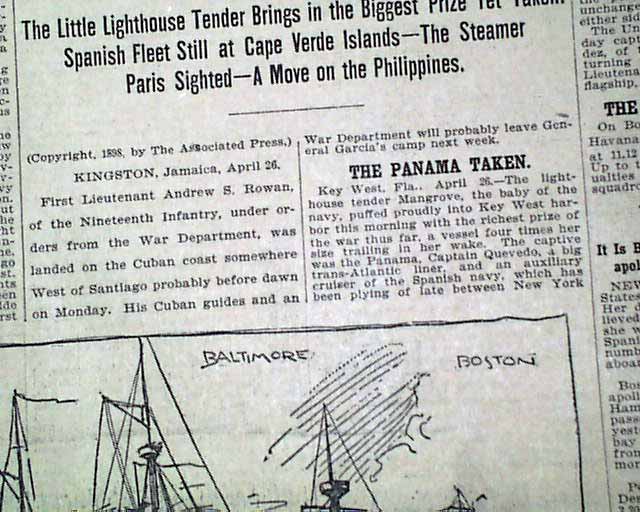 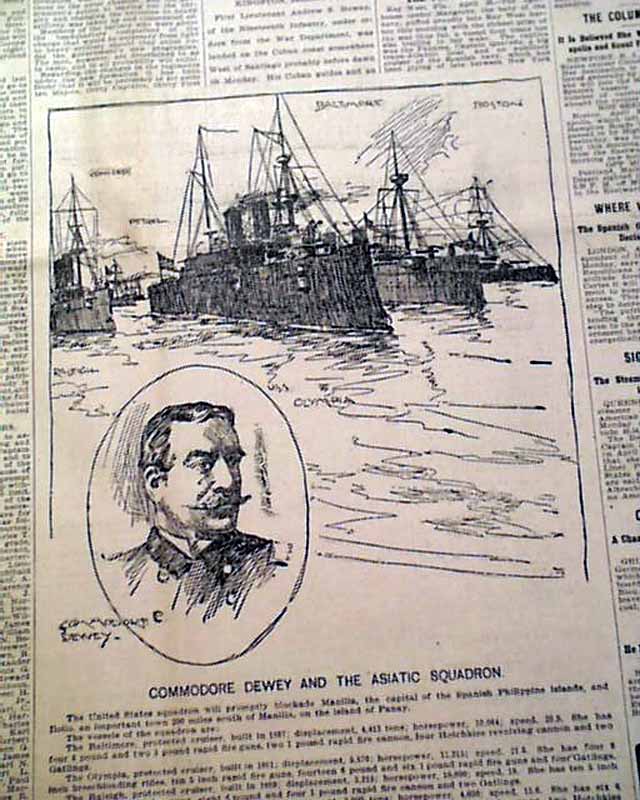 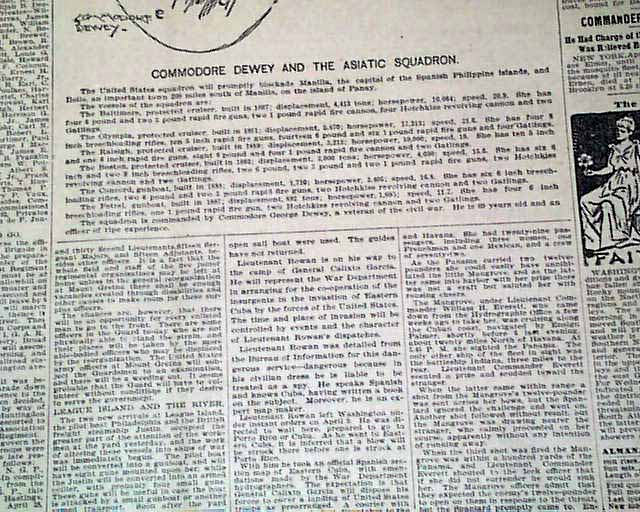 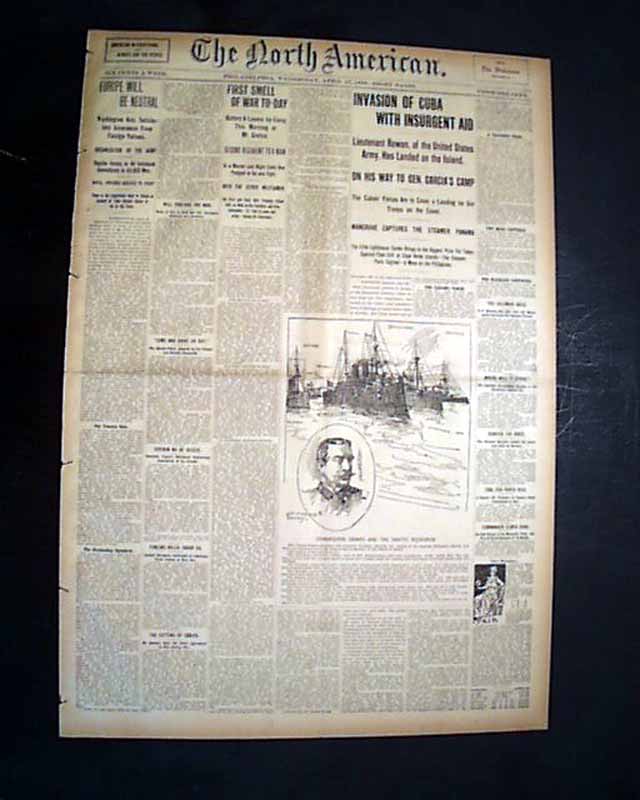