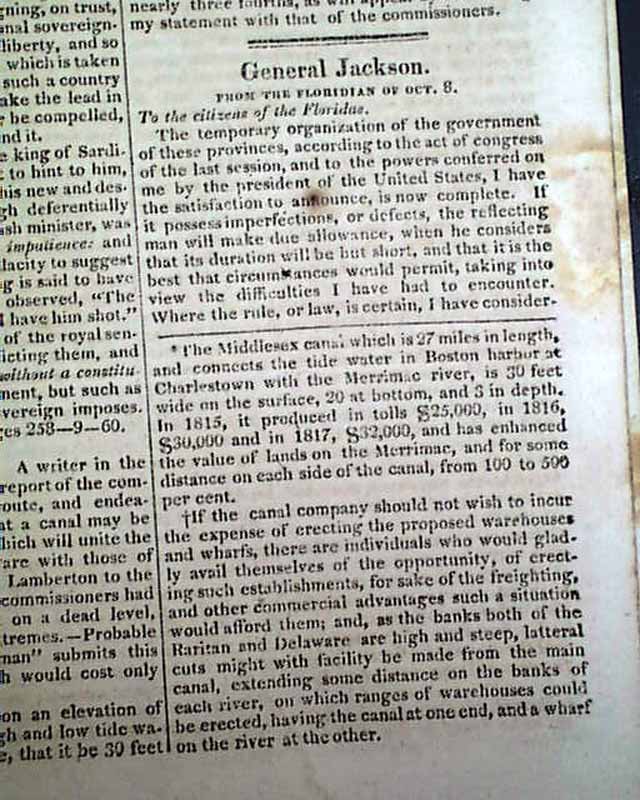 
THE WEEKLY REGISTER, Baltimore, Nov. 10, 1821  Perhaps the best item in this issue is the report headed: "General Jackson" which is his address to the citizens of Florida in which he announces the temporary organization of the government of Florida. This address takes over a full page and is signed by him in type: Andrew Jackson, Gov. of the Floridas.
Among the other reports in this issue are: "The Murderous Traffic" concerning the slave trade; "Proposed New Jersey Canal" "Legislature of Tennessee" & more.
Complete in 16 pages, 6 by 9 1/2 inches, some staining mainly on the front page, generally very nice condition.