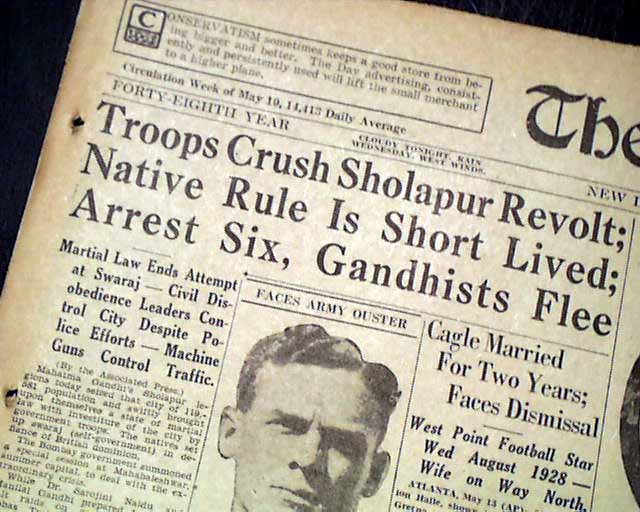 The top of the front page has a three column headline: "Troops Crush Sholapur Revolt; Native Rule Is Short Lived; Arrest Six, Gandhists Flee" with subhead. (see)
Other news, sports and advertisements of the day. Complete in 16 pages, A few tiny binding holes along the spine, generally nice.

wikipedia notes: During the Indian independence movement, the people of Solapur enjoyed full freedom on 9–11 May 1930. However, this resulted in the executions of Mallappa Dhanshetti, Abdul Rasool Qurban Hussein, Jagannath Bhagwan Shinde and Shrikisan Laxminarayan Sarada, who were hanged on 12 January 1931, in the prison at Pune. This resulted in the city becoming recognised as "The City of Hutatmas".