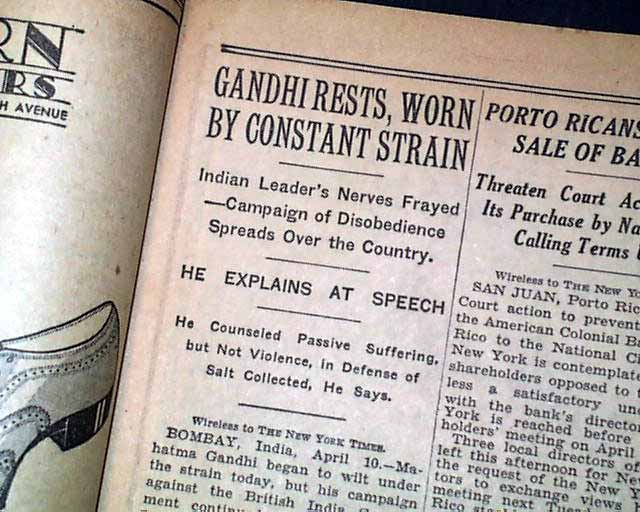 Page 13 has one column headings: "GANDHI RESTS, WORN BY CONSTANT STRAIN" "Indian Leader's Nerves Frayed--Campaign of Disobedience Spreads Over the Country" "He Explains At Speech" and more. (see)
Other news, sports and advertisements of the day. Complete in 56 pages, light toning and a little wear at the margins, generally nice.