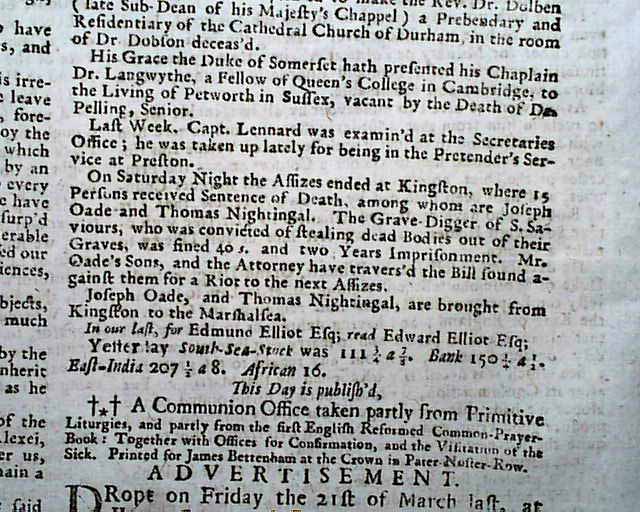 
THE POST BOY, London, April 1, 1718  A handsome issue with the two nice, detailed engravings in the masthead. The backpage contains an article "On Saturday Night the Assizes ended at Kingston, where 15 Persons received Sentence of Death... The Grave-Digger of S. Saviours, who was convicted of stealing dead Bodies out of their Graves, was fined 40 s. and two Years Imprisonment..."
The front page is a "The Cazar's Manifesto, translated from that sent to Prince Kurakin in the Russian Language" and continues over half the back page as well.
Complete as a single sheet issue, 8 1/4 by 14 inches, a partial red tax stamp on the back page, nice condition.