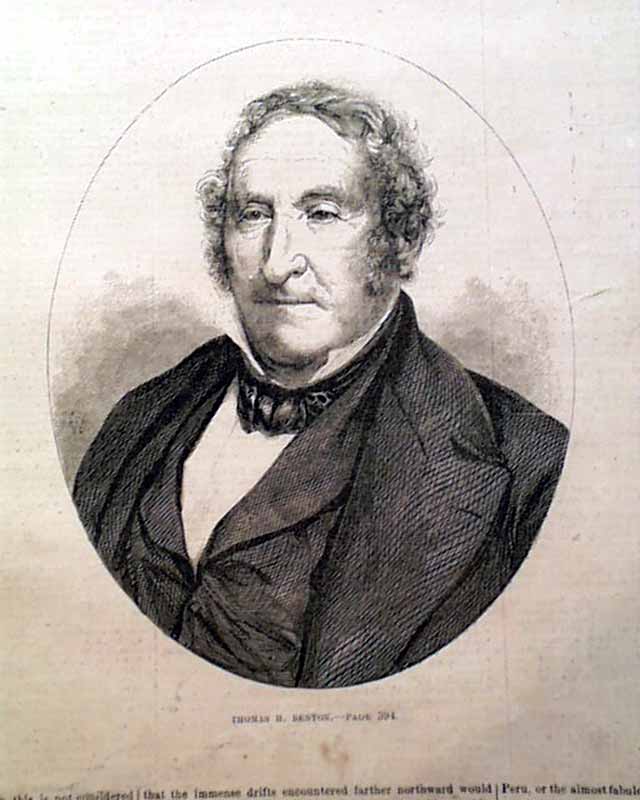 
ILLUSTRATED NEWS, New York, June 18, 1853  P.T. Barnum was the co-owner (see photos) of this early illustrated newspaper which preceded both "Leslie's Illustrated" and "Harper's Weekly". This effort by Barnum and the Beach brothers would last for only 48 issues.
The text on the front page is: "The Pacific Railroad" and the print shows: "Thomas H. Benton". Inside has a nearly halfpg; "The Patent Office, Washington" and "Departure of the Arctic Expedition..." & "Scene On the Grand Canal, Venice" and a larger bird's-eye-view of "Venice. The bkpg. shows: "City of Sydney, Australia" and "Departure of the Legislative Excursion Train, Albany".
Sixteen pages, discrete archival mend at the blank spine, but of foxing spots, generally good.