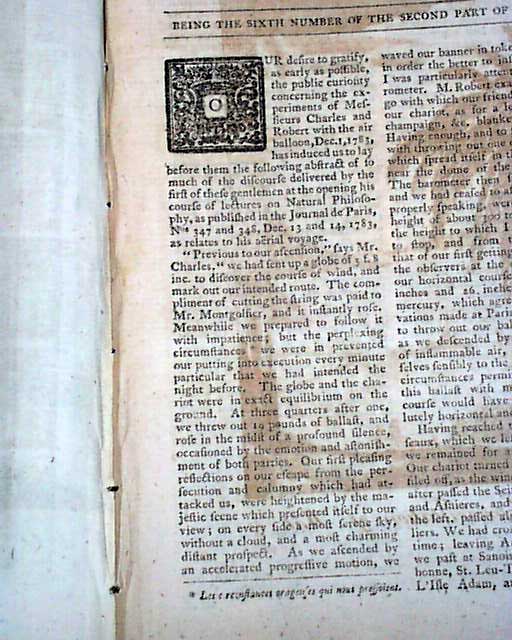 The first article is a report on the balloon flight of Charles and Robert headed: "Mr. Charles's Narrative of his Memorable Aerial Voyage" which takes 2 1/2 pages (see for portions).
Further on is nearly a full page on a report from Paris concerning Mr. Mongolfier's balloon flight.
Other interesting articles as noted in the table of contents include: "New Mode of Execution Described" with a related plate, "Plan for Observing Meteors and Fireballs" "Curious Particulars of Cardinal Wolsey" and more. The full back page is a chart headed: "Each Day's Price of Stocks in November, 1783".
This issue issues the plate called for: "The New Platform & Gallows in the Old Bailey".
Complete in 86, wide never-trimmed margins, full title/contents page featuring an engraving of St. John's Gate. 5 3/4 by 8 3/4 inches, nice condition.