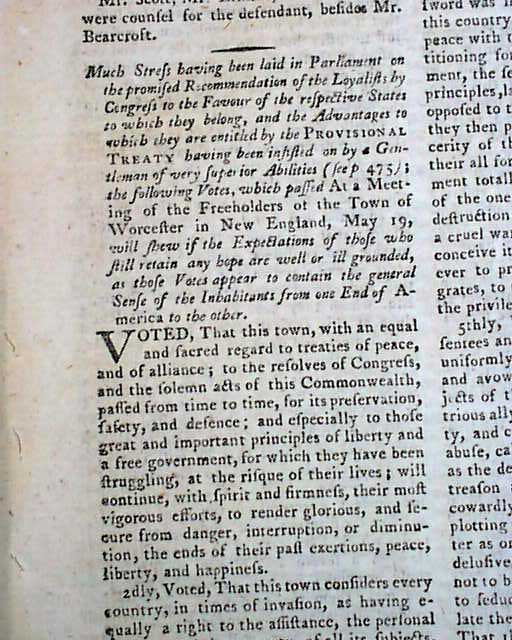 Item # 642836 THE GENTLEMAN'S MAGAZINE, London, July, 1783  Key articles include: "American Votes Respecting the Loyalists" (a report from Worcester, Massachusetts) and "American News", the latter giving some reports of a treaty between the United States and the chiefs of the Six Nations (see image for details).
Among additional articles noted in the table of contents are: "Particulars of the Founder of Wadham College" "Remarkable Particulars of the Hedgehog" "East Indies" "Meteorological Diary for August, 1871" & more.
Both foldout plates called for are present.
Complete in 86 pgs. with full title/contents page featuring an engraving of St. John's Gate. 5 1/2 by 9 inches with wide, untrimmed margins, some scattered foxing, nice condition.