Home > Back to Search Results > Great account of Cook's voyage to the South Seas...
Click image to enlarge 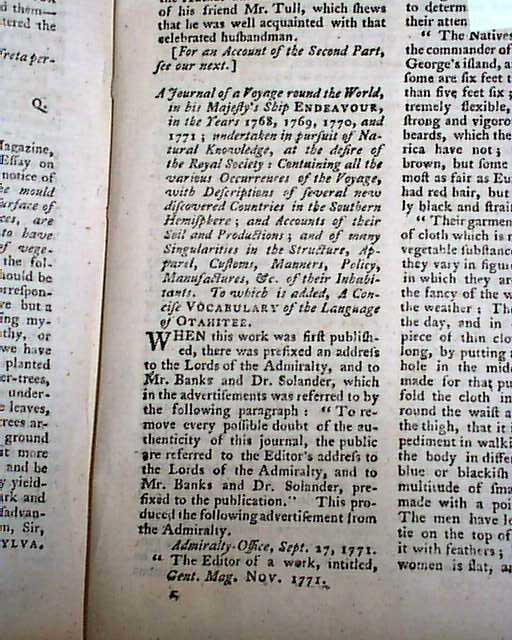 Great account of Cook's voyage to the South Seas...

The prime content is likely an article reviewing a book titled: "A Journal of a Voyage round the World in his Majesty's Ship Endeavour in the Years 1768, 1769, 1770, and 1771..." which takes over 2 1/2 pages on Capt. James Cook's exploration of the South Seas (see photos for portions). Terrific reading.
Among the many other articles noted in the table of contents are: "Particulars of the Seizure & Deliverance of the King of Poland" "Translation of Mr. Huet's Journey to Stockholm" "Critical Remarks on Some Passages of Voltaire" "Curious Antiquities in Scotland Described" "Dr. Percival on Ulcerated Sore Throats" "On Dr. Hewson's Enquiry into the Properties of the Blood" & more. Also present is the foldout map called for, titled: "A Plan of the River Salwarp & of the Navigable Canal, from Droitwich, to the River Severn in the County of Worcester" (see).
Complete in 48 pages, full title/contents page featuring an engraving of St. John's Gate, 5 1/2 by 8 3/4 inches with untrimmed margins, very nice condition. 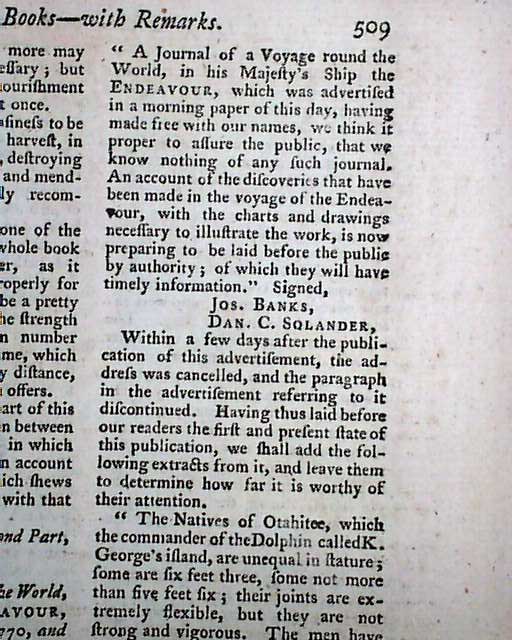 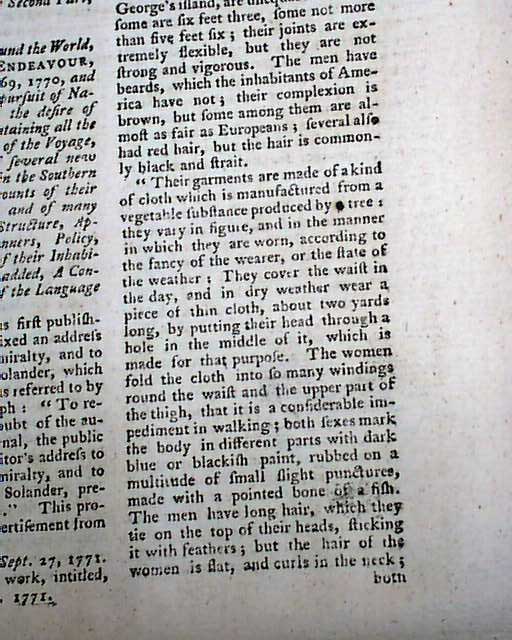 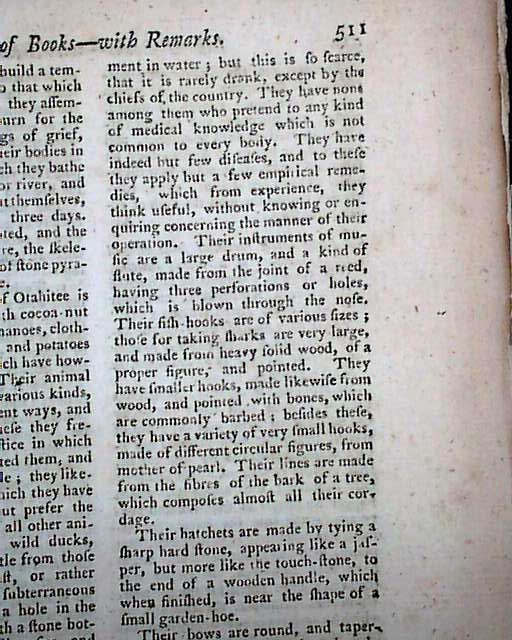 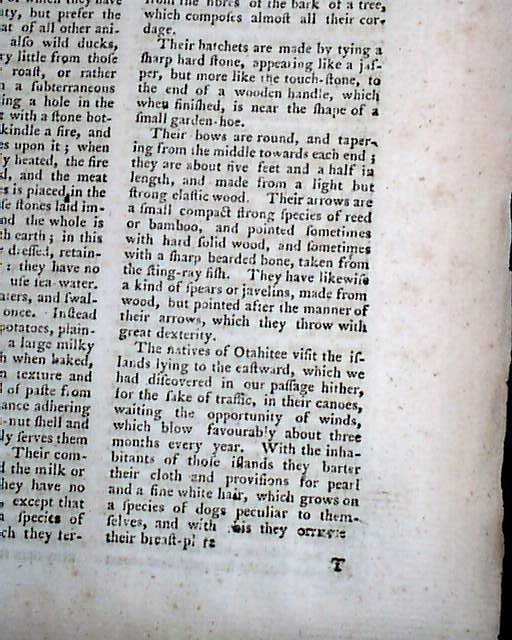 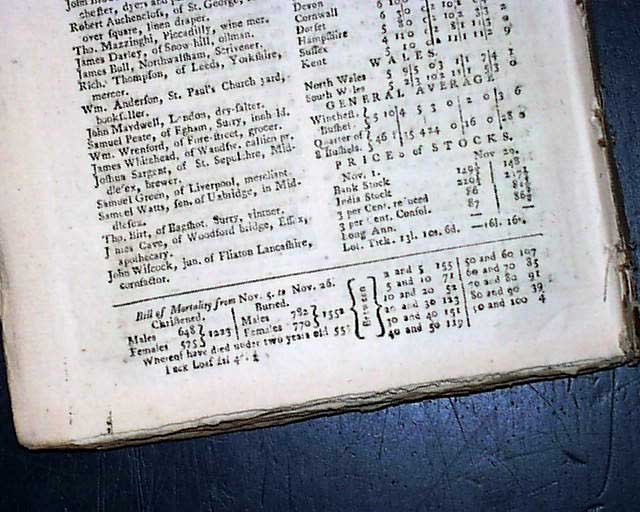 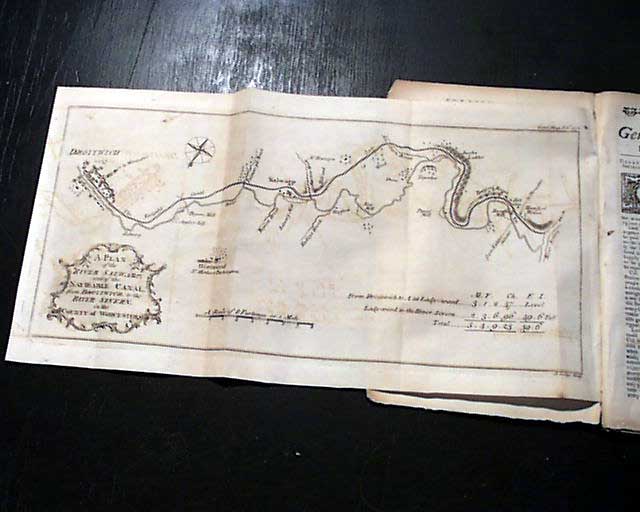 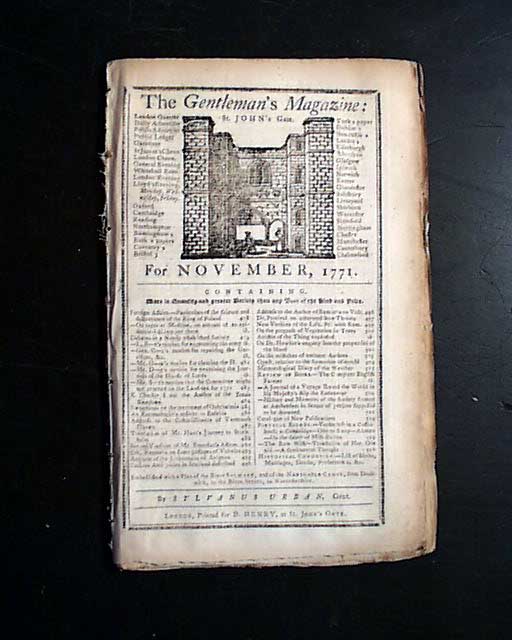