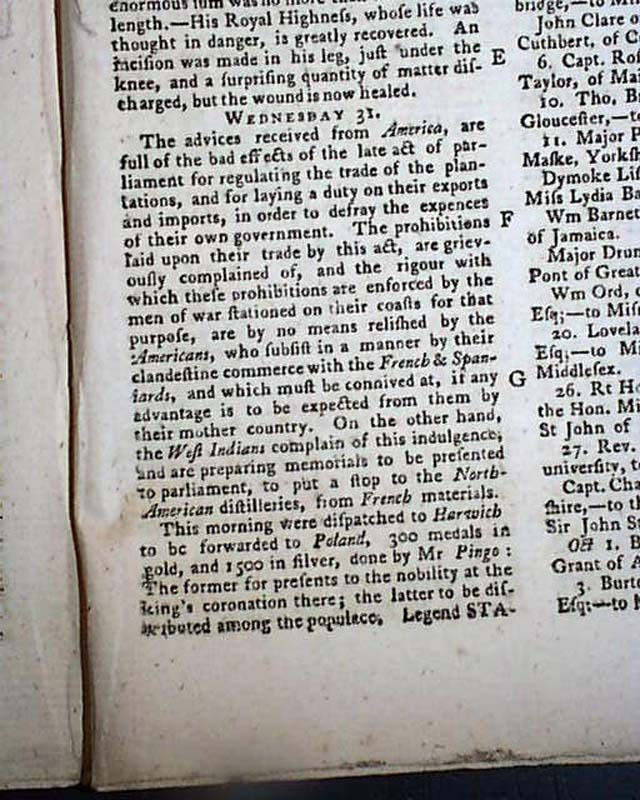 Item # 642802 GENTLEMAN'S MAGAZINE, London, October, 1764  Near the back is the "Historical Chronicle" containing various news reports of the day and which includes a report beginning: "The advices received from America are full of the bad effects of the late act of parliament for regulating the trade of the plantations & for laying a duty on their exports & imports in order to defray the expences of their own government..." with more.
Among the articles within are: "Preliminary Articles of Peace between the English and the Seneca Indians" "Description of Mr. Randal's Seed Plow" which includes a nice full page plate of it as well; "Description of the City of York" "Account of a New History of Ancient & Modern Ireland..." "Customs of the Kamschatkadales", people living in this eastern peninsula of present-day Russia.
There is another plate, a foldout measuring 8 1/2 by 10 inches showing several scenes of Etruscan paintings, with a related article; "History of the Sugar Cane" and much more.
Both plates called for are present and noted above.
Complete in 48 pages, 5 3/4 by 8 3/4 inches, very nice condition. Includes the full title/contents page featuring an engraving of St. John's Gate.

A very nice magazine from just after the French & Indian War from the "mother country" with a wide range of varied content including news of the day, political reports, literary items, and other unusual tidbits. This was the first periodical to use the word "magazine" in its title, having begun in 1731 and lasting until 1907. 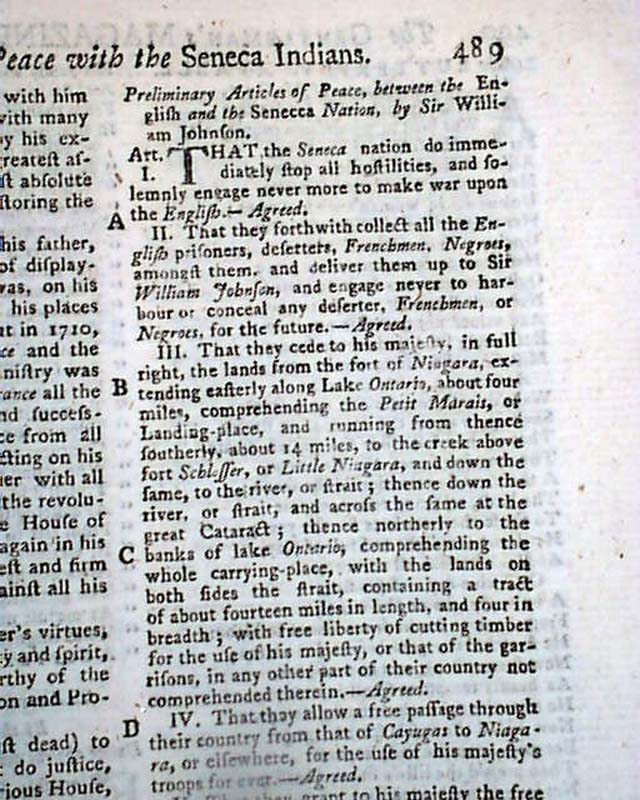 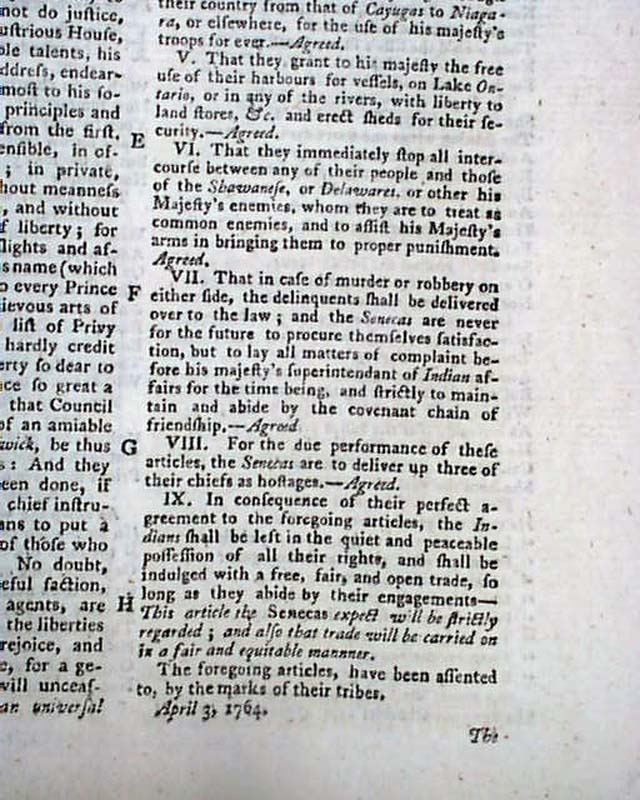 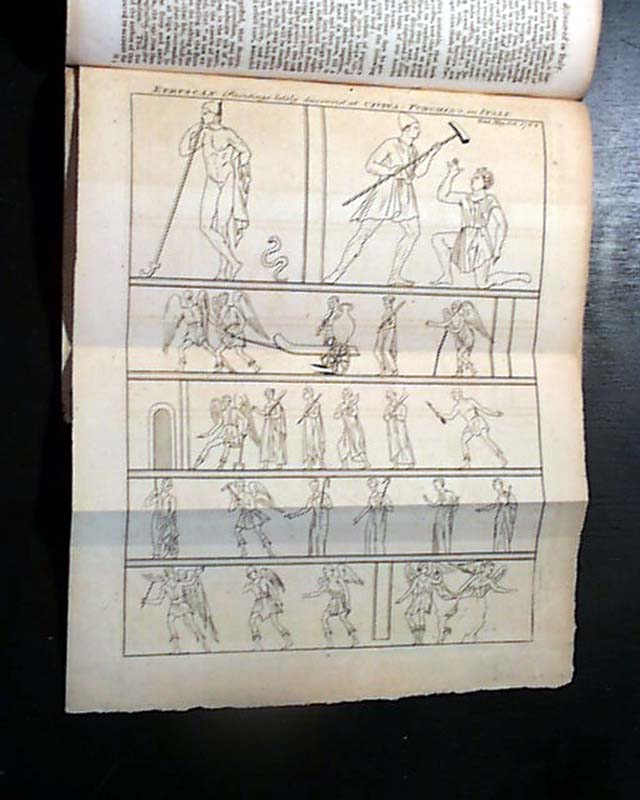 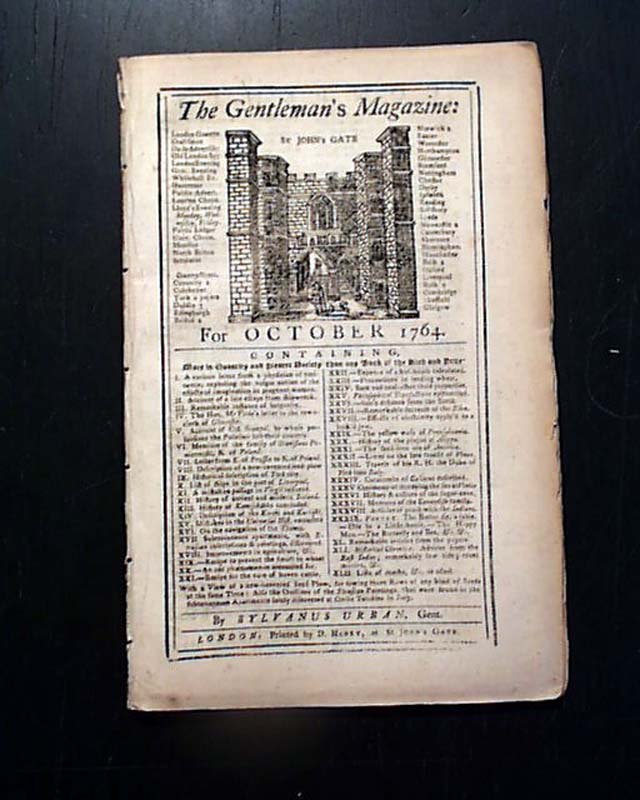