Home > Back to Search Results > Louisiana & the Mississippi River described... Trouble with Indians in America...
Click image to enlarge 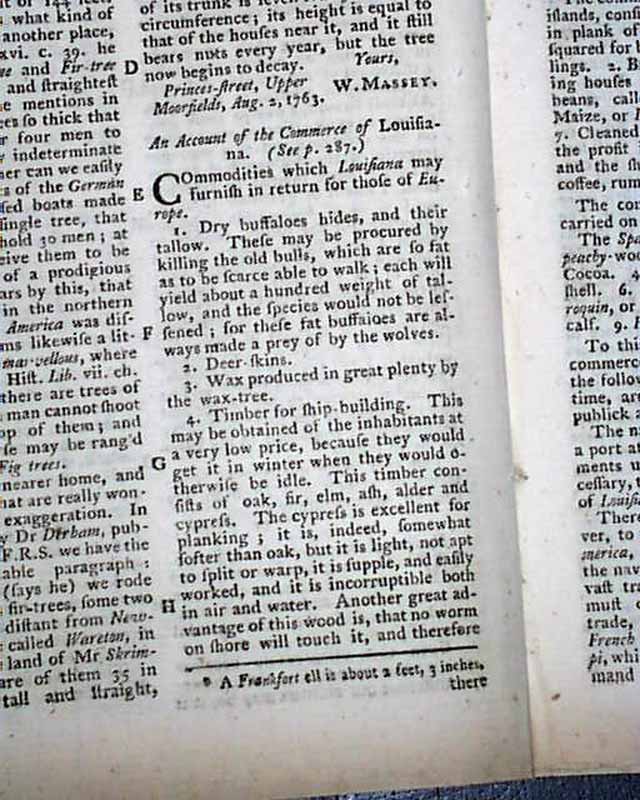 Louisiana & the Mississippi River described... Trouble with Indians in America...

THE GENTLEMAN'S MAGAZINE, London, August, 1763  Certainly the most significant item in this issue is the nearly 3 1/2 page article: "An Account of the Commerce of Louisiana" which is quite detailed (see for potions) and also includes: "...the Mississippi is a very rapid as far as the Missouri, which is about 1200 miles from its mouth, which, though it makes it difficult to ascent, yet facilitates the conveyance of the gross commodities down it which constitute the chief staple of North America. The worst part of the navigation is at the mouth of the river..." with much more.
Among other articles are: "Account of the Manuscripts in the British Museum" "Funeral Remains Dug up at Exeter" and more. Near the back is the "Historical Chronicle" which has the latest news reports of  the day, mostly European, but one brief item notes: "An address from the trustees of the New College of Philadelphia was presented to his majesty by the Rev. Dr. Smith, Provost of that college..." (being the College of Philadelphia - now, The University of Pennsylvania). Plus there is a section headed: "American News" which begins: "The letters from America...are full of murders & outrages committed by the Savages in our back settlements..." with more, taking over half a page.
The plate called for is lacking.
Complete in 52 pages, 5 by 8 inches, full title/contents page with an engraving of St. John's Gate. Very nice, clean condition. 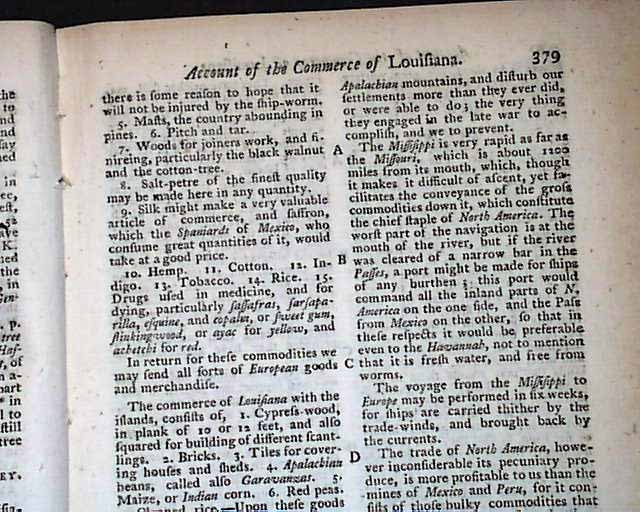 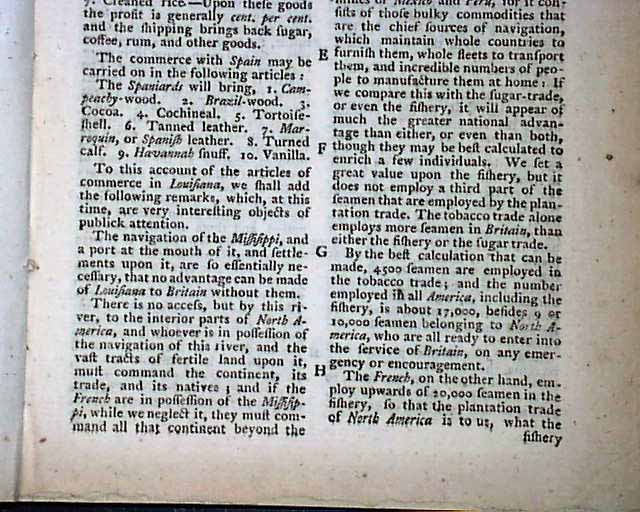 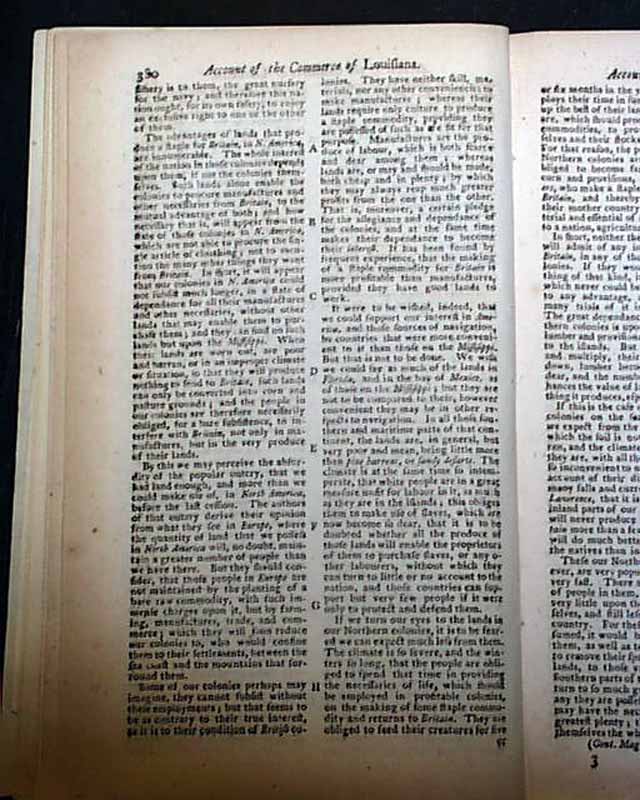 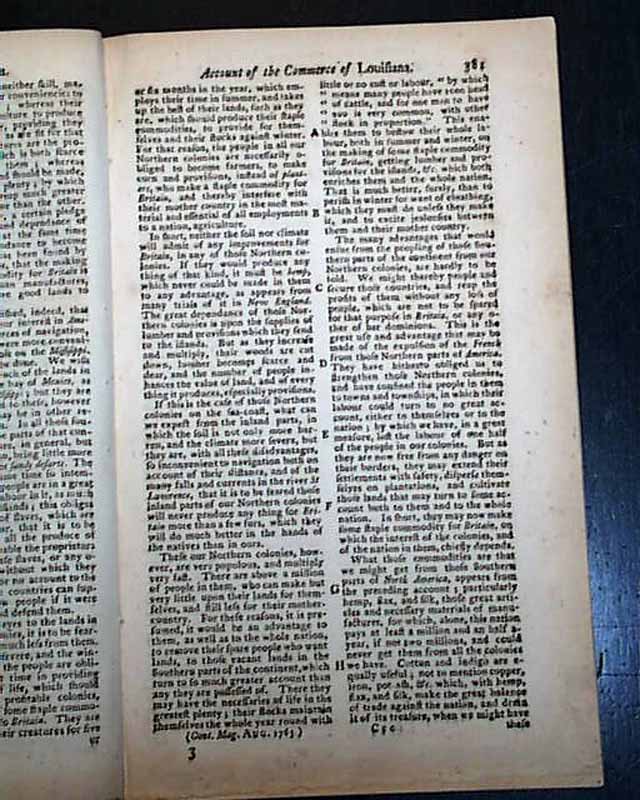 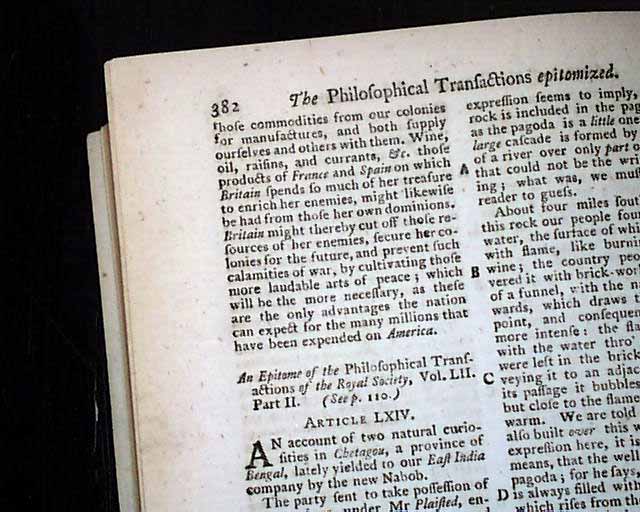 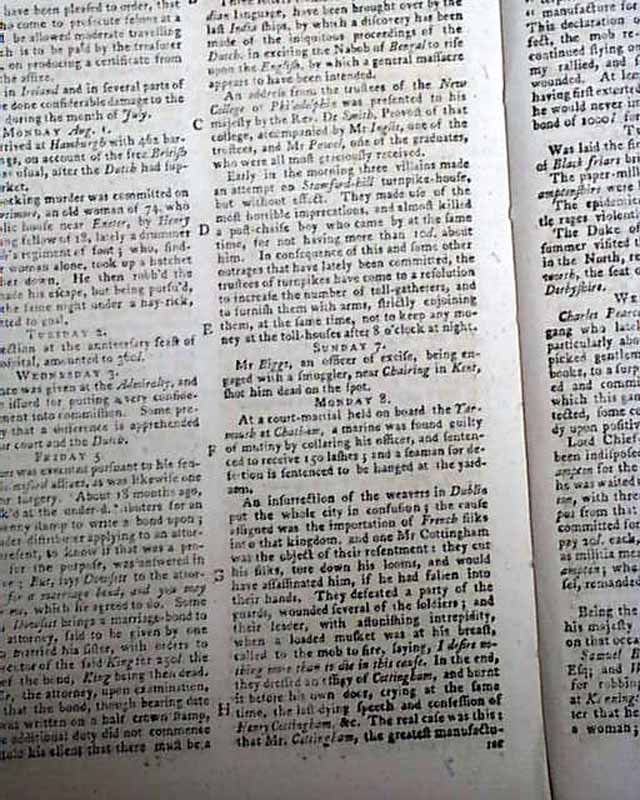 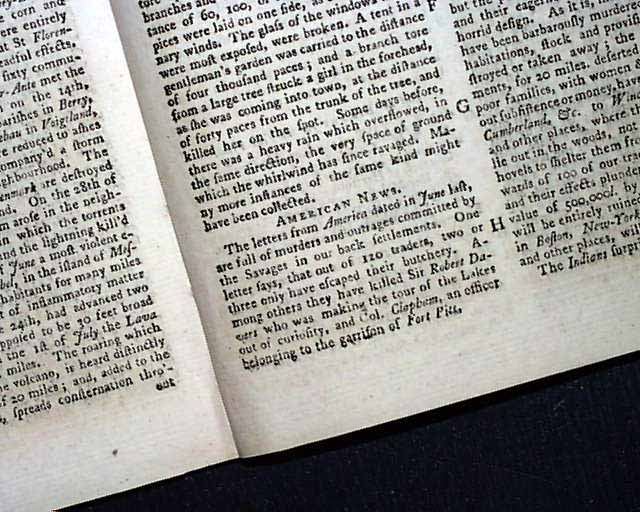 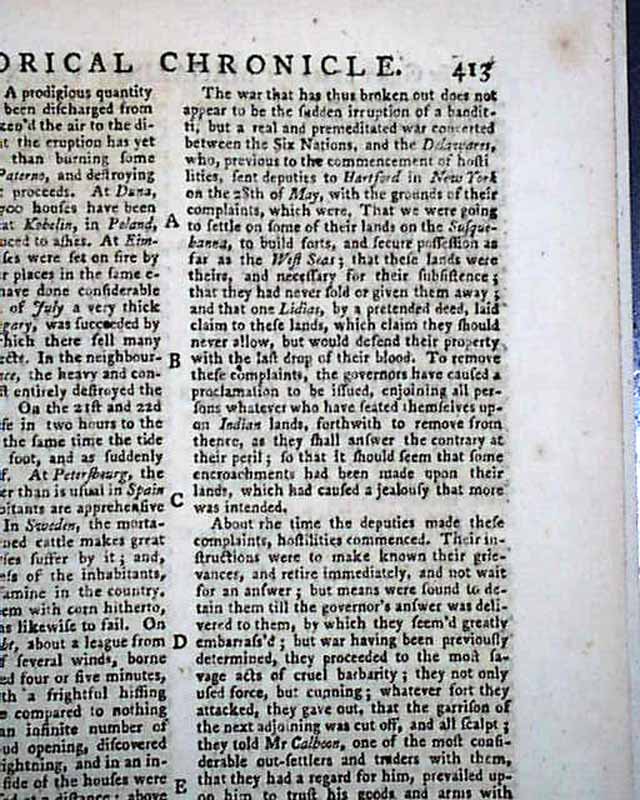 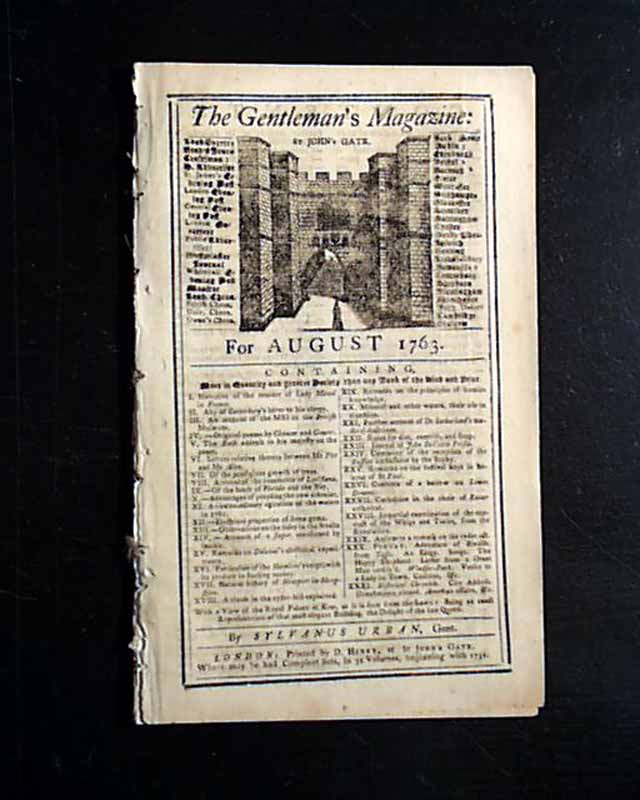