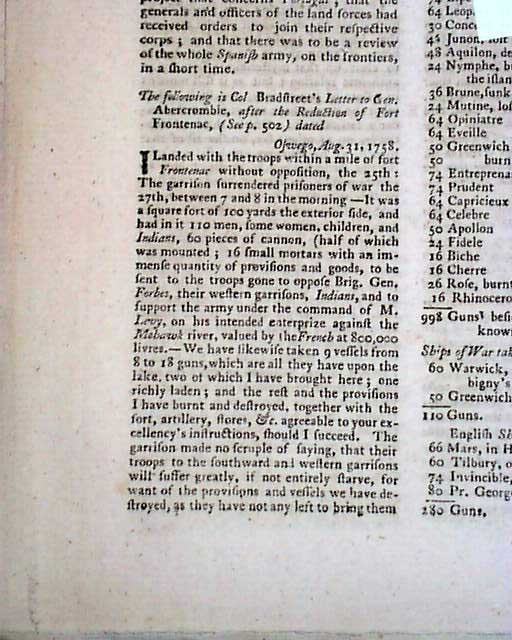 The prime content would be a report from the French and Indian War  prefaced with: "The following is Col. Bradstreet's Letter to Gen. Abercrombie after the Reduction of Fort Frontenac" with a dateline of Oswego, Aug. 31, 1758 & a nice account of the battle, the site of present-day Kingston, Ontario.
The report begins: "I landed with the troops within a mile of fort Frontenac without opposition the 25th: the garrison surrendered prisoner of war the 27th...It was a square fort of 100 yards the exterior side and had in it 110 men..." with more. This event was led by English Col. John Bradstreet. Included also is the list of: "Ships of War taken from the French since Mid-summer, 1755". Another page has other reports from North America mentioning Louisbourg and Fort duQuesne, etc.
Also in this issue are: "Of The Appearance of the Predicted Comet" "Summary of the Late Expedition to Cherburg", "Description of the New Invented Sea Chronometer" which includes a nice foldout plate measuring 8 by 10 inches, and other items.
The mentioned foldout plate is the only one called for.
Complete in 52 pages, 6 by 9 inches with wide, never-trimmed margins, full title/contents page with an engraving of St. John's Gate. 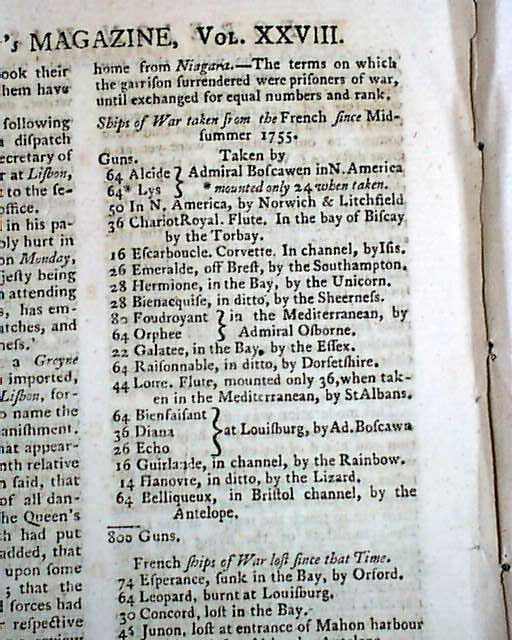 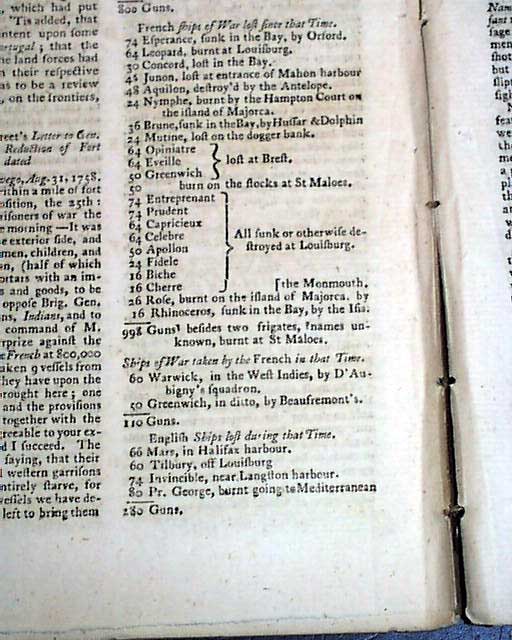 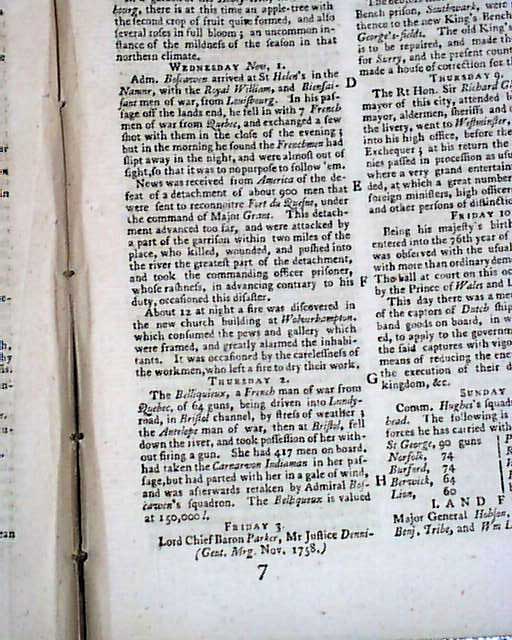 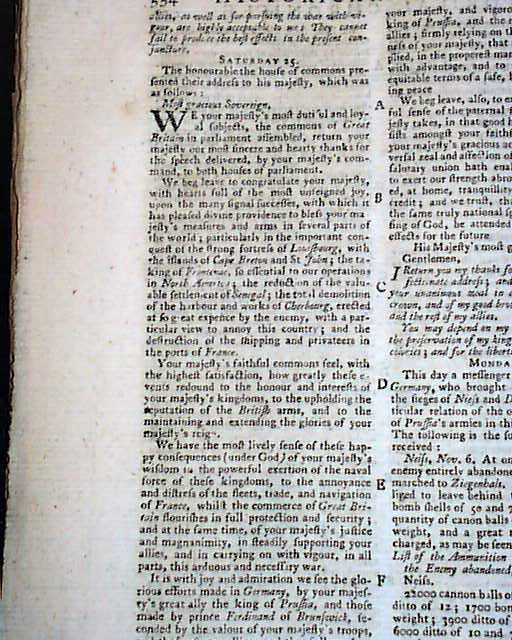 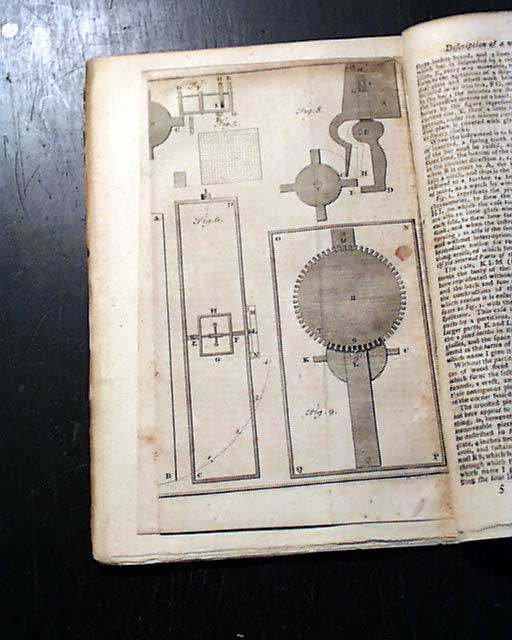 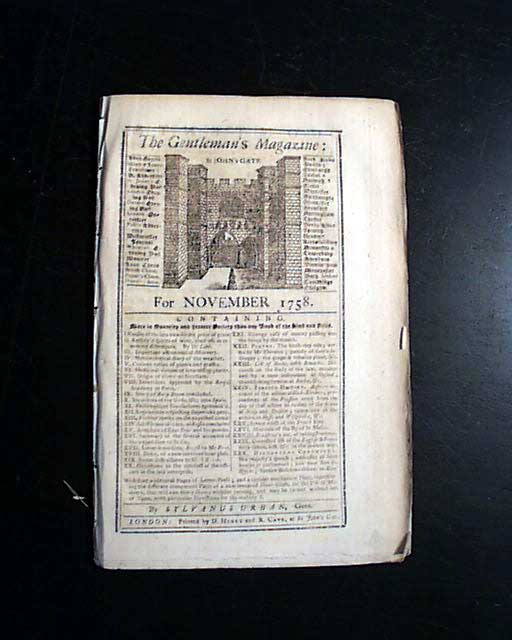