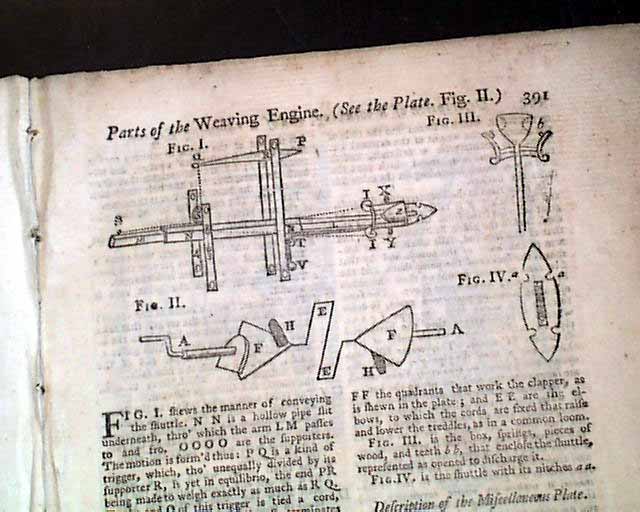 Item # 642749
THE GENTLEMAN'S MAGAZINE, London,  September, 1751  There is a very nice foldout plate titled: "A Perspective View of the Royal Hospital now building for the Reception of Sick and Wounded Seamen at Gosport in Hants." (see). There is a related article on this as well.
Included within are: "Whitefield's Character of Man Justified" "Filtering Cisterns Described" with most of a page taken up with related illustrations; "A new Invented Wolf Trap..." plus another full page plate of various mechanical devices, "Parts of a Weaving Engine" with related illustrations; "Symptoms of the Cholera Morbus" "Biblical Question Answered" "Antiquity of Burton Bridge" "Progress of the Human Mind", and much more.
Near the back is the "Historical Chronicle" which has various news reports from throughout Europe. Included is: "Plantation News" with a Boston dateline (see).
Complete in 48 pages with full title/index page which contains an engraving of St. John's Gate. Measures  5 3/4 by 8 7/8 inches, in very nice, untrimmed condition. All called for plates/illustrations are present.