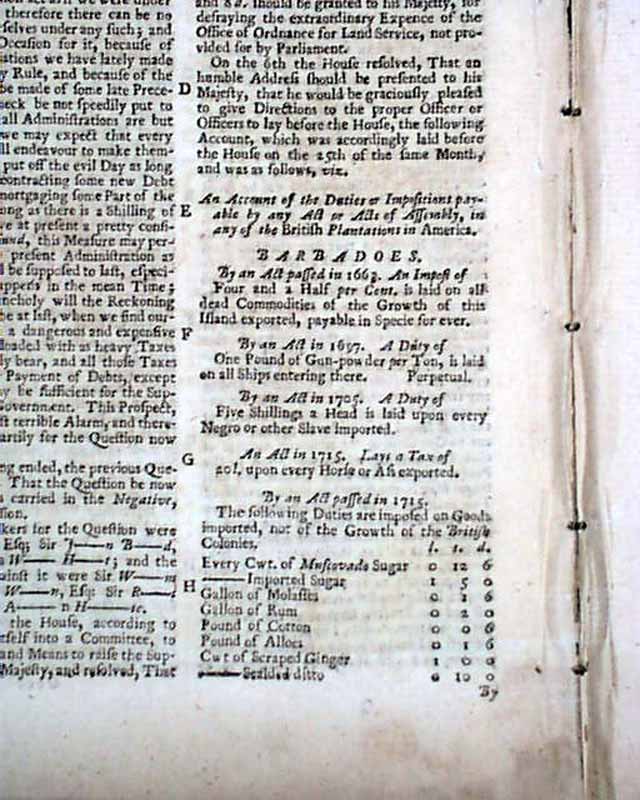 THE GENTLEMAN'S MAGAZINE, London, October, 1736  Of particular interest are: "Account of Duties payable in any of the British Plantations in America" and "Petition of the Merchants trading to the Sugar Colonies Presented". Nice to have these early colonial reports.
Among other articles noted in the table of contents are: "Sons of Noah had not more Children than Men have Now", "Ill Effects of Burying in Churches", "On Hebrew Poetry, & Translations thereof", & more.
Near the back is a section headed: "Historical Chronicle" with news from England & other parts of Europe.
Complete in 56 pages, untrimmed margins, 5 1/2 by 8 3/4 inches, full title/contents page featuring an engraving of St. John's Gate, some browning to margins of the titlepg. only.
This is from just the sixth year of this magazine's existence & before any maps or plates were included.