Home > Back to Search Results > Trouble with the Creek Indians... Battle of Baltimore...
Click image to enlarge 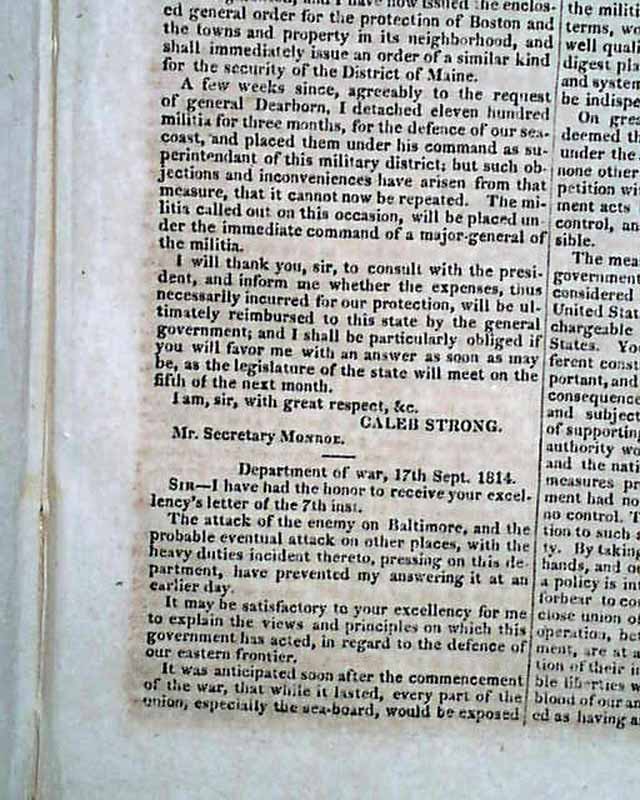 Trouble with the Creek Indians... Battle of Baltimore...


NILES' WEEKLY REGISTER, Baltimore, February 7, 1818  Included is a letter from Sept. 17, 1814 concerning the War of 1812 and Battle of Baltimore, signed: James Monroe. Also: "Indian News--Official" includes a letter from General Mitchell, the agent of Indian Affairs, from the Creek Indian Agency in Georgia concerning troubles with the Indians. This is followed by 3 other letters concerning the same. There are also two documents signed by: John Quincy Adams & another by: James Monroe to Spain concerning an imprisoned American citizen (see photos).
Included at the back is an 8 page "Supplement" issue. As such complete in 24 pages, 6 1/4 by 9 3/4 inches, very nice condition.