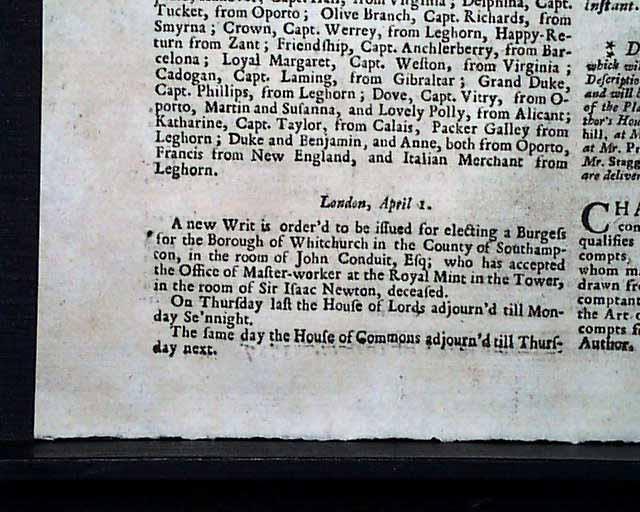 
THE POST BOY, London, April 1, 1727  A handsome issue with the two nice, detailed engravings in the masthead. The front page has a small but very significant article, "A new Writ is order'd to be issued for electing a Burgess ... in the room of John Conduit, Esq; who has accepted the Office of Master-worker at the Royal Mint in the Tower, in the room of Sir Isaac Newton, deceased."
Complete as a single sheet issue, 8 1/4 by 14 inches, a partial red tax stamp on the back page, nice condition.
Note: The report in the April 4th issue (not included) makes it clear both Isaac's position and office (room) were filled by John Conduit).