Home > Back to Search Results > Very early plastic surgery... Trial for the mutiny on the Bounty...
Click image to enlarge 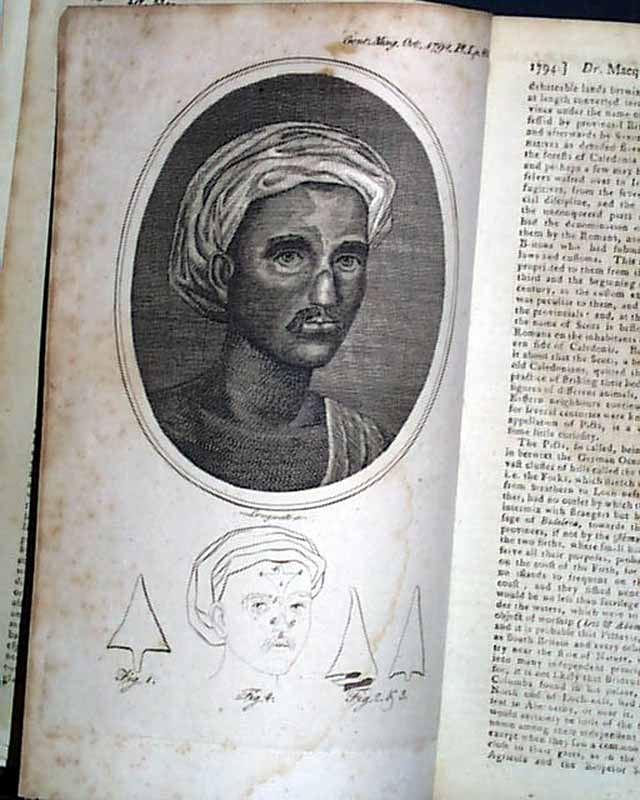 Very early plastic surgery... Trial for the mutiny on the Bounty...

Item # 642592 THE GENTLEMAN'S MAGAZINE, London,  October, 1794  Included is a fascinating--and extremely early--account of what we would call plastic surgery, being a letter from the East Indies which notes in part: "...the following very curious, and, in Europe, I believe, unknown chirugical [archaic spelling of 'surgery'] operation which has long been practiced in India with success; namely affixing a new nose on a man's face..." followed by the various details. Accompanying this is a full page plate of it, with  5 images (see).
Also of interesting is: "Minutes of the Proceedings of the Court Martial held at Portsmouth, August 12, 1792, on Ten Persons Charged with Mutiny on Board his Majesty's Ship the Bounty..." which takes over a full page. Under: "Proceedings of the National Convention of France" is text noting that: "...the National flag shall henceforth be formed of the three national colours, disposed in three equal bands put in a vertical direction..." with more (see). Also near the back is some: "American News" items (see).
Included are the 3 plates called for, one the notable print showing early plastic surgery.
Complete in 96 pages, 5 1/4 by 8 1/2 inches, full title/contents page with an engraving of St. John's Gate, nice condition.